The reigning king of British lover's rock reggae made his Milwaukee debut on Friday with a performance at Summerfest.

Though I grew up loving Jamaican music in Brooklyn, many of the reggae records I adore the most remind me of Nigel Scott's Tropical Records on 27th and Wells, where I first heard them.

Such is the case with London-born reggae singer Maxi Priest's "Love In the Ghetto" and its crucial Papa Levi DJ version, called "In-A-Mi-Yard."

Both grew out of social unrest in Britain in the late '70s, including in Priest's native Lewisham in 1977 and in Brixton in 1981, leading the singer to plead for peace in a haunting, plaintive track. 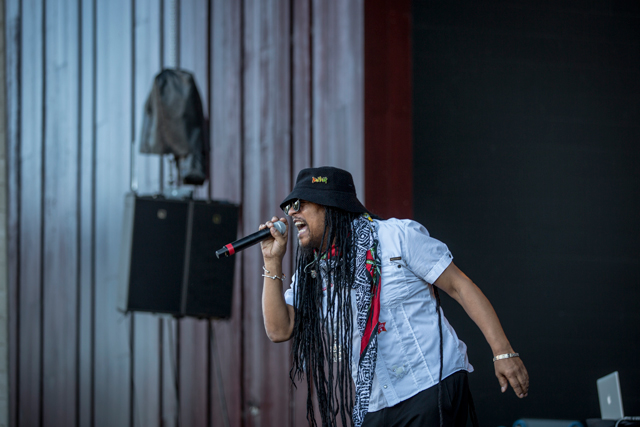 Based on this record, you'd think Maxi Priest is a purveyor of heavy roots reggae. But, instead, the veteran vocalist – who made his Milwaukee debut on Friday with a performance at Summerfest – is reigning king of British lover's rock reggae.

After breaking through as a singer with the legendary Saxon sound system, Maxi released a string of smooth, soulful reggae records firmly rooted in the British-born "lover's rock" style that was so successful that it emigrated back to Jamaica and became a sensation there, too, luring in veteran singers like Gregory Isaacs and Dennis Brown.

He scored minor hits with breezy, loping covers of Van Morrison's "Crazy Love" and The Persuaders' "Some Guys Have All the Luck" (also a hit for Rod Stewart), and a much bigger one with a similar take on Cat Stevens' "Wild World," which gave Maxi his first U.S. top 40 hit. 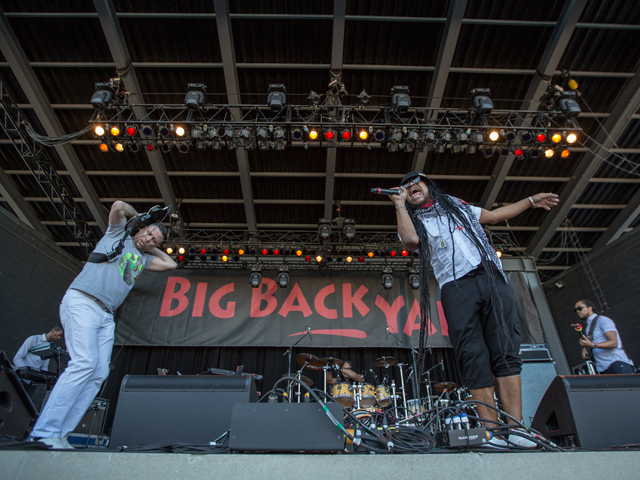 Duets with the likes of Shabba Ranks (1991's "Housecall" charted as high as No. 37 in the U.S.) and Roberta Flack ("Set the Night to Music" reached No. 6 here that same year) helped him make a name in Jamaica, too.

When his 1990 "Bonafide" came out, the title was fitting. The first single, "Close to You" was an international hit and landed in the No. 1 slot on the Billboard singles chart and at No. 2 on the R&B list. 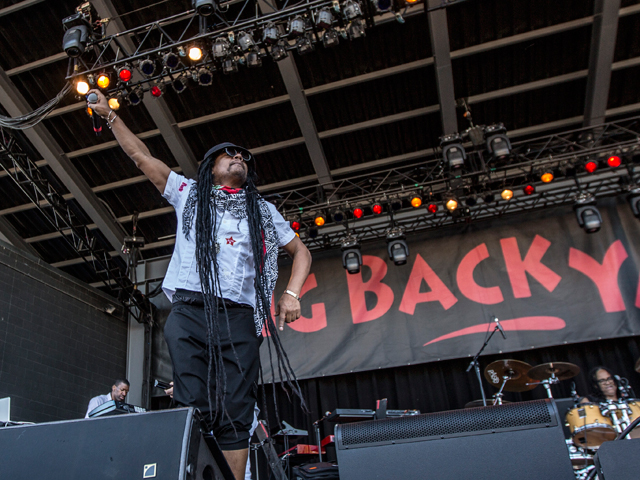 But that doesn't mean he hasn't been busy.

In that time, he's released an impressive stack of singles and a half-dozen LPs, the latest being 2014's "Easy to Love." In 2003, at the age of 43, he made his soccer debut, too. Most recently, he released "This Woman," a duet with Yemi Alade.

Just as the dulcet acoustic tones of the pre-recorded between-set music by Kings of Convenience threatened to lull the gathering crowd to sleep on Saturday afternoon at Summerfest, Priest and his band took the stage.

They started 30 minutes late, but that's not surprising given the long drive from last night’s gig in Asbury Park, New Jersey, but Priest and his four-piece band made it from the western shore of the Atlantic Ocean to the western shore of Lake Michigan, and after a quick line-check, kicked off an hour-long performance on the Briggs & Stratton Big Backyard stage.

With a live band augmented by some pre-recorded beats, Priest played all his most familiar material, including covers of Cat Stevens’ "Wild World" and Van Morrison’s "Crazy Love," as well as his own hits, "Close to You" and "Housecall," with guest DJ Anthony "New Kidz" Bennett from Jamaica standing in for Shabba Ranks on the latter.

Among the show's highlights were "Best of Me," one of Priest's catchiest numbers, "Just a Little Bit Longer," with its triumphant chorus, and covers of a pair of Dennis Brown songs slipped into a long medley midway through the set.

Priest was in fine form vocally, though the fact that this is the last show of the tour before a break of a few weeks might've become clear when his voice broke from wear a couple times. 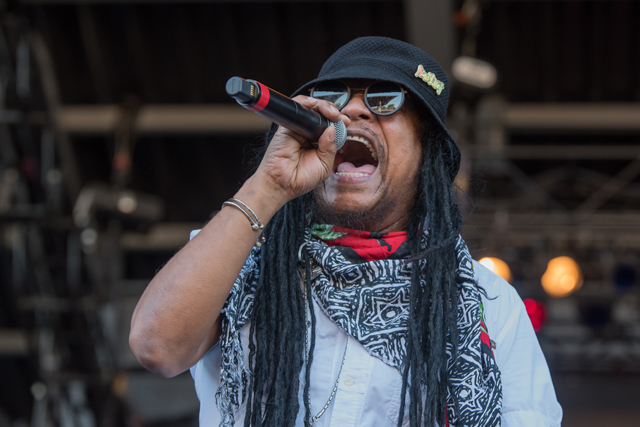 The crowd wasn’t huge for a Summerfest Saturday, but it was loyal, staying close to Priest and eagerly participating in singalongs at his urging.

Priest closed on a quiet, thoughtful note with "Prayer for the World," from his "Bonafide," dedicating it to the football players trapped in a cave in Thailand.