Today, Barrett announced that he's pushing for extensions up past the Fiserv Forum into Bronzeville, up to King Drive and North Avenue; another south on Milwaukee Street through the Third Ward and into the northern part of Walker's Point; and for an extension of the Ogden Avenue tracks up Prospect Avenue to Brady Street.

Most of the track has already been laid for the second line, which is planned to pass through the proposed Couture tower development on Lincoln Memorial Drive and was expected to open by the end of 2020. However, its future is intertwined with that of the Couture, for which ground has not yet been broken.

News reports earlier this year announced that the City will foot the bill itself for an extension of The Hop from its shed on 5th and Clybourn up to the Wisconsin Center convention center on Wisconsin Avenue and Vel R. Phillips Avenue in time for the 2020 Democratic National Convention.

Today, Barrett announced that he's pushing for extensions up past the Fiserv Forum into Bronzeville, up to King Drive and North Avenue and another south on Milwaukee Street through the Third Ward and into the northern part of Walker's Point.

You can see details on the planned expansion and funding possibilities below. 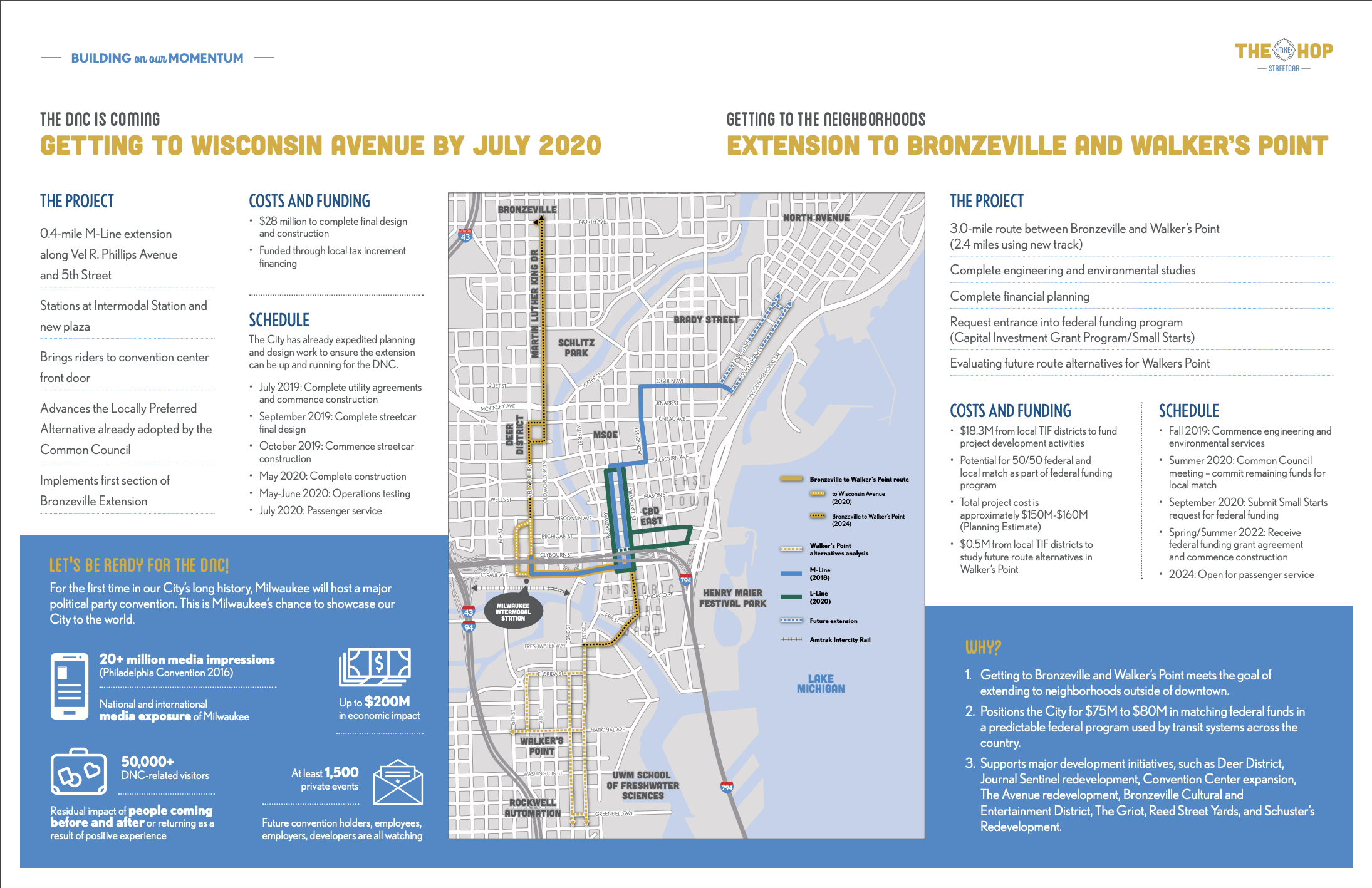 Discussion of extensions into Bronzeville and Walker's Point has been underway since at least 2017. You can see the visuals of this plan below. 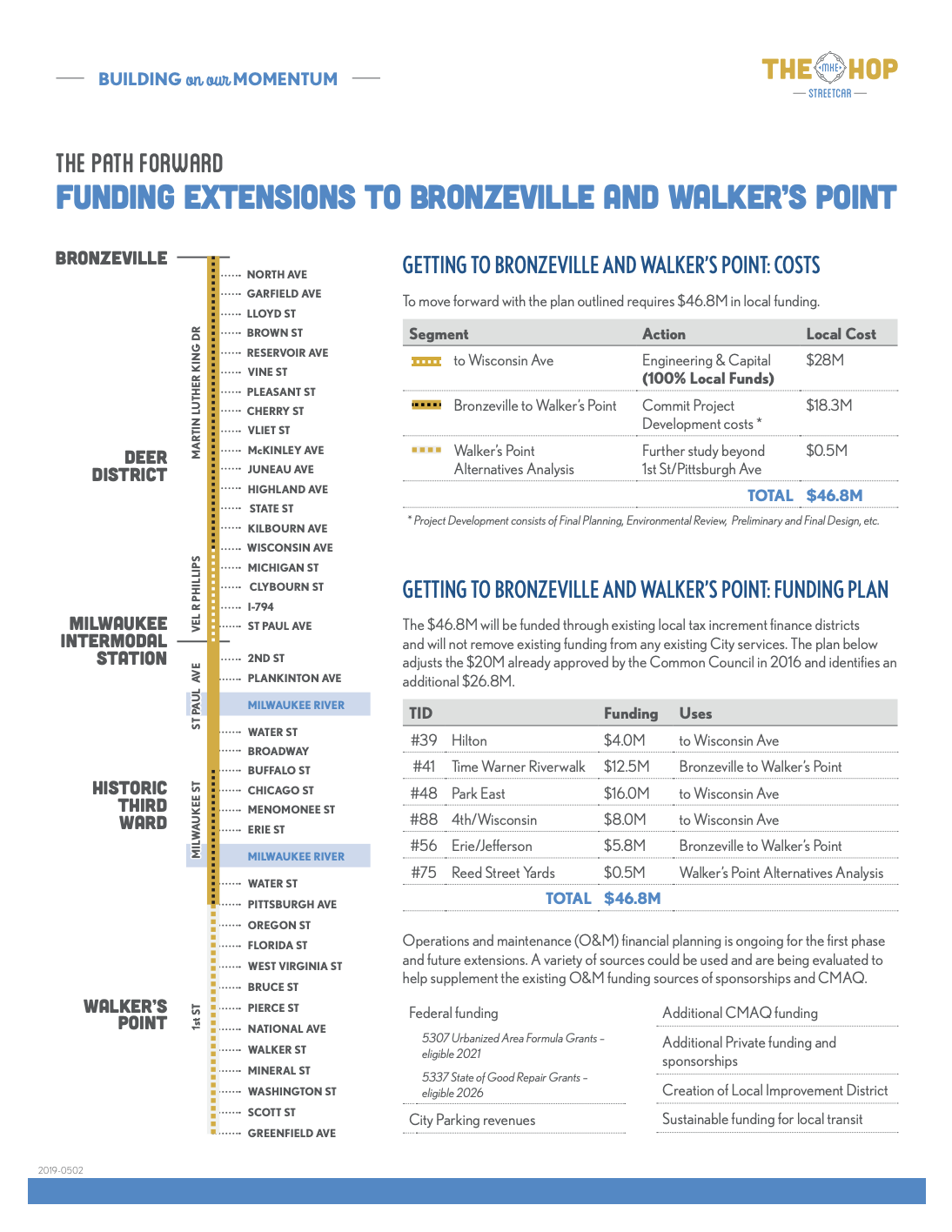 All aboard The Hop for Hop Summer Nights