Ten years ago, Jeff Dobbe and Marty Wey bought McGinn's from Slim McGinn. Today, they have an expanded beer and food menu and shuttle up to 320 people to and from Miller Park for Brewers games.

McGinn's, 5901 W. Bluemound Rd., is the fourth in a series of profiles of Milwaukee's West Side bars.

Jeff Dobbe has been a Brewers fan his entire life, but because life can be a cruel joke, the one year he lived in New York was 1982 – the only year the team went to the World Series.

"Other members of my family went to the World Series while I lived 15 hours away," says Dobbe. "Sometimes I think the Brewers need me to move out of state again."

Today, Dobbe has dedicated a mound of his professional life to the Brewers and Brewers fans. He and Marty Wey bought the sports-themed McGinn’s, where they both worked as managers, in 2006 from previous owner, Slim McGinn. McGinn still owns Slim McGinn’s West in Brookfield and operates two bars at State Fair.

"The similar names make it a little confusing," says Dobbe. 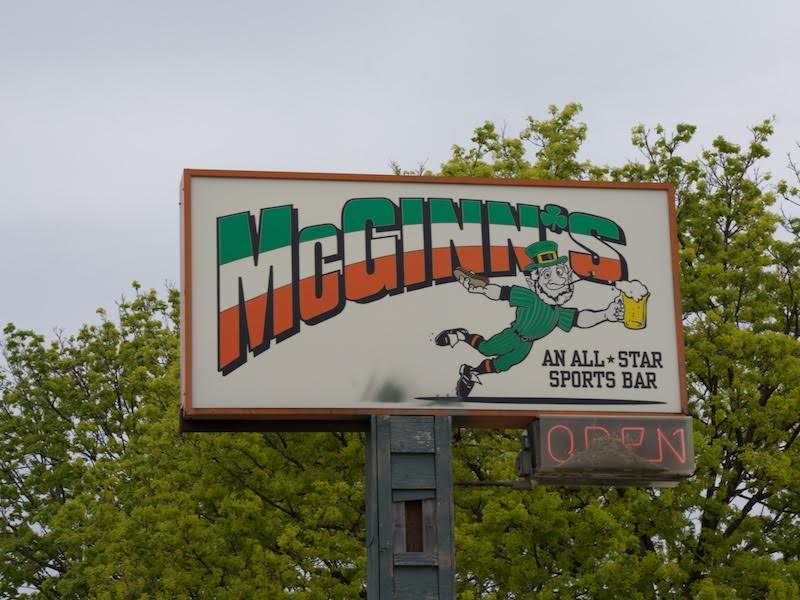 McGinn’s is, primarily, a Brewers bar and was the first bar on Bluemound to have a shuttle service to and from games.

"We started long ago, shuttling maybe four people to County Stadium, and today we’ll take anywhere from 75 to 320 people to Miller Park," says Dobbe. "We have a large, core group of customers who love baseball and go to games regardless of how the team is doing."

(For the record, Dobbe predicts the Brewers will win 73 games this year.)

The shuttle is free for anyone who stops in for food or a beverage at McGinn’s prior to the game. The shuttle is in service an hour and a half before the start of every game and retrieves people up to half an hour after the game is over.

Dobbe says sometimes the shuttle from neighboring bar Steve’s on Bluemound brings back his customers and vice versa.

"We have a great relationship with Steve’s," says Dobbe. "Nice people over there."

The Bluemound shuttles are also a mutually beneficial relationship for the bars as well as the Brewers. "On a busy Saturday night game, there isn't enough parking for everyone who goes to the game, so the shuttles help the Brewers and help us," says Dobbe.

Prior to working for McGinn, Dobbe was a bartender at Timer’s (now D.I.X.) and The Harp.

McGinn’s has 15 beers on tap – with an emphasis on craft beers and, specifically, IPAs, along with all-time favorites Miller Lite, Spotted Cow and Guinness. They also serve lunch and dinner every day, as well as breakfast on Sundays from 10 a.m. to 2 p.m. 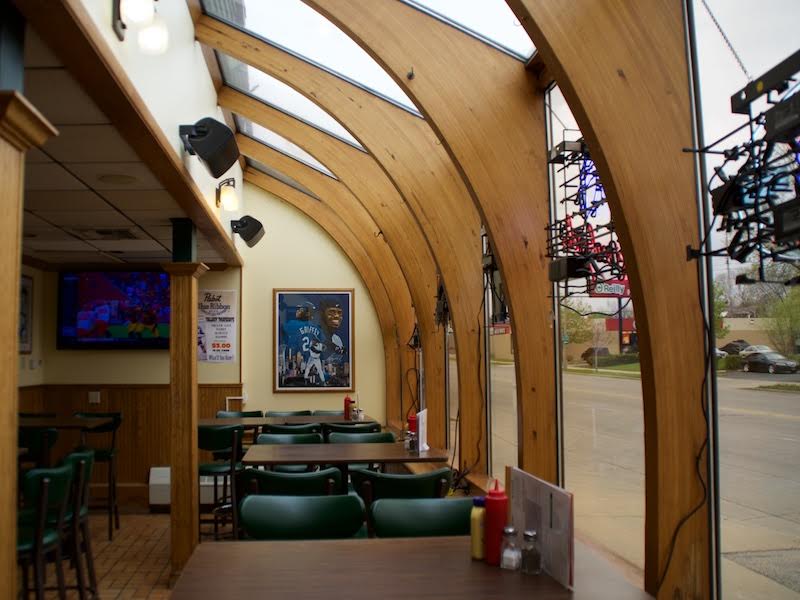 The lunch and dinner menus feature burgers, wings, Reubens, pork chops, ribs, steaks, salads, a Friday fish fry and more. On Monday and Thursday evenings wings are discounted to 60 cents each (as opposed to the usual price of 75 cents).

"Marty makes great soups, too, so we sell a lot of soup," says Dobbe. "I’m not allowed in the kitchen, unless it’s to bring food out of the kitchen."

Notably, there are dozens, maybe hundreds, of bobbleheads – a few of which are vintage – displayed on shelves at McGinn’s. Some came from customers, but many were originally Dobbe’s.

"My wife decided that, as a grown man, it was time to move my bobblehead collection out of the house," says Dobbe. 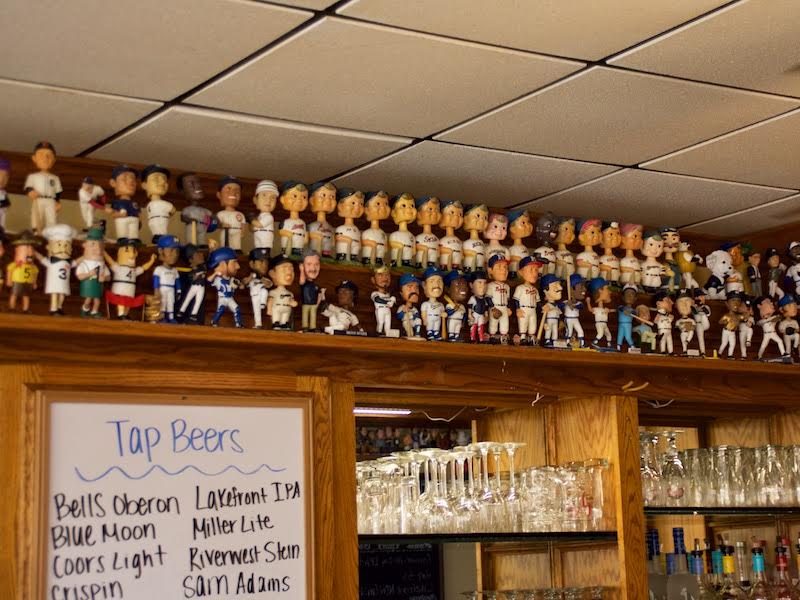