It's Opening Day, and Miller Park is bustling as the Milwaukee Brewers host the Colorado Rockies today at 1:10 p.m. Get to know and interact with the team here!

It's Opening Day, and Miller Park is bustling as the Milwaukee Brewers host the Colorado Rockies today at 1:10 p.m. Get to know and interact with the team here!

Adam Lind
Position: first base
Stat: Set a Toronto Blue Jays Opening Day record by driving in six runs against Detroit in 2009.
Need to know: He wanted to be a groundskeeper, or a golf course superintendent.

Scooter Gennett
Position: second base
Stat: Hit .103 in 42 plate appearances against left-handed pitchers in 2014.
Need to know: Hank The Dog melted his heart …


Just brought this poor guy to the vet..they assured me Dachshund Only Rescue would help him out!! #hank2? #stray pic.twitter.com/i84LEeyK0m — Scooter Gennett (@Sgennett2) February 27, 2015

Ryan Braun
Position: right fielder
Stat: Is in the final year of his first contract extension, so once again he is not the highest paid player on the team (Ramirez is at $14 million).
Need to know: Is a father now, with his daughter being born in early Sept. of last year.

Kyle Lohse
Stat: Has a 3.45 earned run average over 63 starts as a Brewer.
Need to know: Will be the first Brewers pitcher other than Yovani Gallardo to start Opening Day since 2009.
Interact: @KyleLohse26

Matt Garza
Stat: Hasn’t made 30 starts in a year since 2011.
Need to know: Threw the first no-hitter in Tampa Bay history against Detroit in 2010.
Interact: @Gdeuceswild

Wily Peralta
Stat: Giancarlo Stanton has never gotten a hit off of the right-hander.
Need to know: First began playing catch in the Dominican Republic with a cardboard glove.
Interact: @WilyPeralta38

Mike Fiers
Stat: In 35 career starts, has a 3.70 ERA and a 15-17 record.
Need to know: Allowed just one earned run against St. Louis in the start immediately following the beaning of Giancarlo Stanton.
Interact: @Fiers64

Jimmy Nelson
Stat: Opponents hit .222 off him in the first and second innings but hit .297 in innings three through six.
Need to know: Will Smith isn’t the only pitcher who had a famous counterpart. Jimmy Nelson is ventriloquist who created Farfel the dog and starred in commercials in the 1950s and 60s.
Interact: @Jimmy_J_Nelson

Neal Cotts
Stat: Posted a 1.11 ERA over 58 appearances in 2013 for Texas.
Need to know: Has overcome not only Tommy John, but a tear in a muscle in his hip, and an infection in that area.
Interact: @NealJames56

Jeremy Jeffress
Stat: In 29 games with the Brewers last year, he posted a 1.88 ERA.
Need to know: Was part of the trade that brought Zack Greinke to the Brewers.
Interact: @JMontana41

Tyler Thornburg
Stat: Prior to his final outing of 2014, which led to his season ending due to injury, posted a 2.83 ERA over 26 games.
Need to know: Was the 2013 Nashville Sounds Opening Day starter.
Interact: @TylerThornburg

Will Smith
Stat: Made a career-high 78 major league appearances last year.
Need to know: He is an incredibly good sport …

Brandon Kintzler
Stat: Lefties hit .250 off him the right-hander.
Need to know: Has enjoyed Summerfest and local sushi restaurants.

Jonathan Broxton
Stat: Appeared in 11 games with Milwaukee. Posted a 1.86 ERA in 51 games for Cincinnati prior to.
Need to know: Albert Pujols was his first major league strikeout.

Francisco Rodriguez
Stat: Two more saves will give him 350 for his career.
Need to know: He enjoys Milwaukee...

Gerardo Parra
Position: outfield
Stat: His batting average and on base percentage has declined each year since 2011.
Need to know: He practices with this tiny glove to train his eyes while shagging flies. 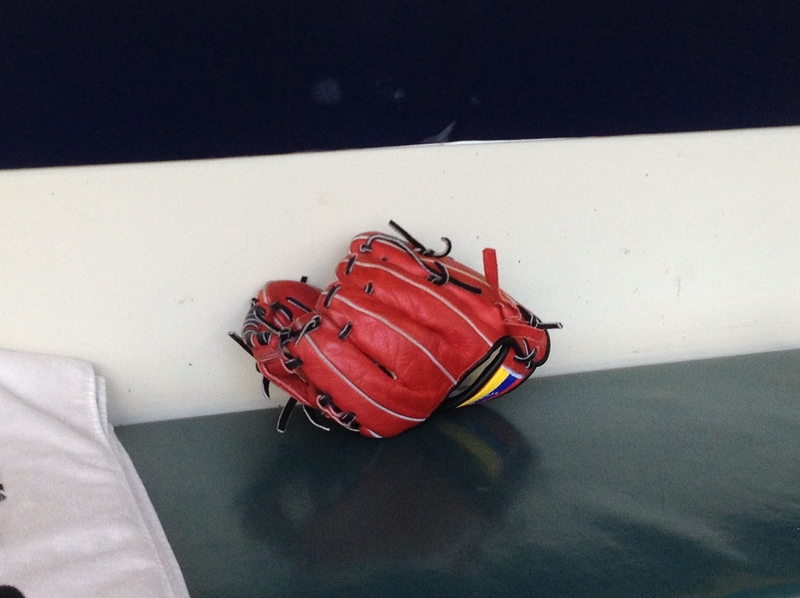 Martin Maldonado
Position: catcher
Stat: Bounced back at the plate, hitting .234 after a .169 campaign in 2013.
Need to know: He did this to a baseball just over a year ago … 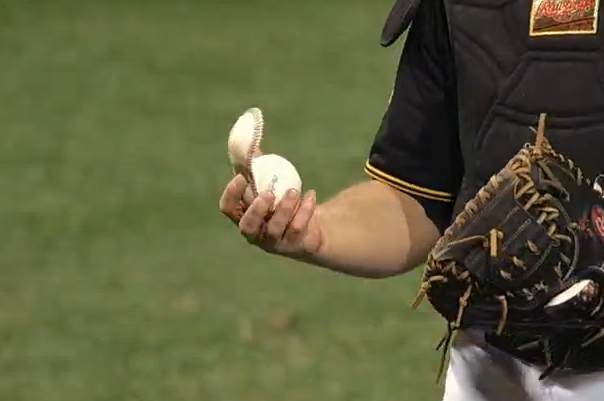 Hector Gomez
Stat: Appeared in 15 games for the Brewers in 2014, his first major league action since playing in two games for Colorado in 2011.
Need to know: Expected to back up at second base, shortstop and third base.