Changes have been brewing at Cucina Italian Restaurant, 725 E. Woodlake Rd. in Kohler. That's thanks to influence brought to the restaurant by chef and manager Bill Terranova, who began his tenure in late 2016.

Changes have been brewing at Cucina Italian Restaurant, 725 E. Woodlake Rd. in Kohler. That’s thanks to influence brought to the restaurant by chef and manager Bill Terranova, who began his tenure in late 2016.

Terranova, whose experience includes work at restaurants in both New York and Chicago, most recently as part of the opening team at La Storia. But he says he credits Chef Cesare Casella of New York's Salumeria Rosi with being his chief mentor when it comes to Italian cuisine and culture.

"He took me under his wing and really taught me everything," notes Terranova. "He told me once that Italian food isn’t about what’s on the plate; it’s about how it got there. His motto was: simple, honest, classic. Each ingredient has to matter."

It’s an approach he takes seriously, and one he’s been using to make changes to the food and beverage menus at Cucina.

"This is the first step in really taking Cucina towards something unique," Terranova says. "The new menu is focused on the philosophies of Italian food and inspired by what they do regionally. it’s about keeping things simple, using ingredients well and allowing them to sing." 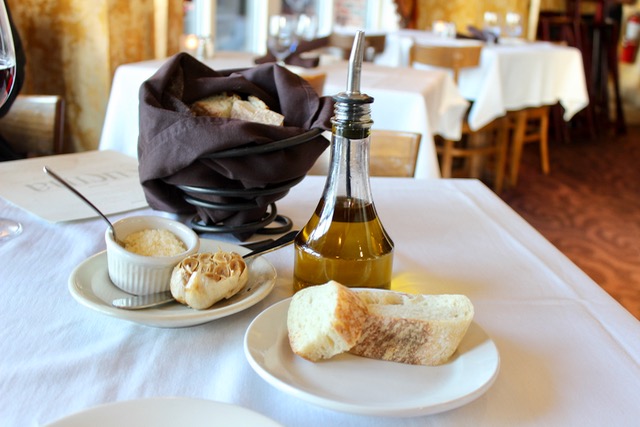 You'll find locally sourced ingredients and unexpected layers of flavor in dishes like this caprese salad which juxtaposes the freshness of heirloom tomatoes with rich tomato confit, rich burrata, basil and balsamic vinaigrette ($13). 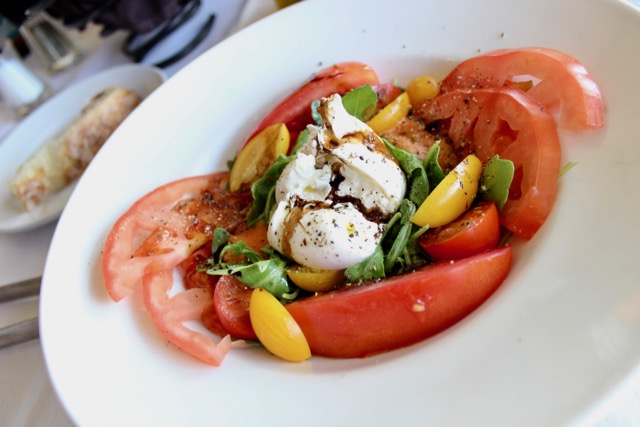 "My passion lies in the history of my Italian heritage," Terranova explains. "I love their vibrancy, their lust for life. And that passion drives what I do and what I cook. Being able to pull together a fully Italian wine list is part of that. You get a very different Cabernet from Tuscany than you do in Friuli."

That passion is reflected on the Cucina wine list, which includes selections from regions including Tuscany and Umbria, along with Campania, Molise and Sardinia.

"In many ways, it’s about celebrating the terroir," he says. "A brunello has to come from a very specific region. In barolos it’s all about the stress on the wines and the alpine air. In Italy, air is an ingredient; it matters as much as the soil or the climate."

Among appetizers on the new menu is grilled octopus served with seared ‘nduja, turnip puree, scallions and balsamic vinegar ($18). 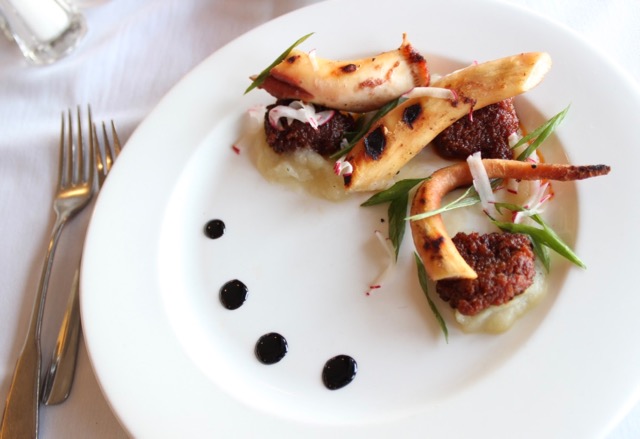 "This was one of the first specials I ran when I got here," Terranova says. "I’m Sicilian, and I’m a huge fan of fish and octopus. I love the Spanish concept of pork and seafood, which is a combination that also spills over into Sicily and Sardinia. We went with larger cuts of octopus, which we confit in olive oil and then let it sit until we grill it. I also love using root vegetables with seafood, so the parsnip puree And that spicy porkiness from the 'nduja rounds it out. The dish is a show of balance, and one of the major elements in Italian cuisine." 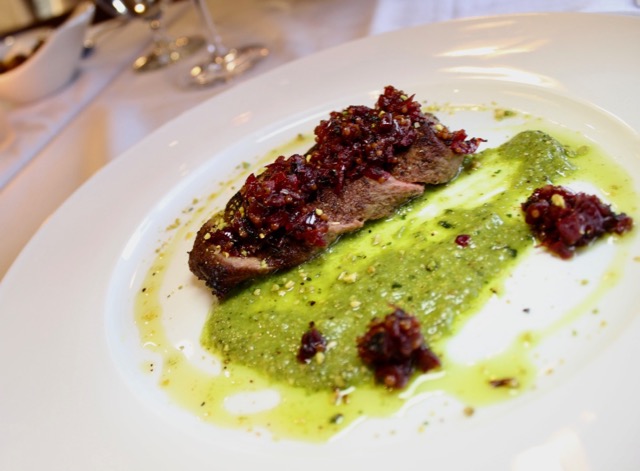 "There were a lot of chops on the menu, so at times it resembled a steakhouse with some pasta.The dish is inspired by the north central region where pesto is a mainstay. I love lamb loin, and I wanted to bring it down to earth … literally, in a dish that had earthy flavors. There’s mint pistachio pesto, inspired by both the traditional mint jelly served with lamb as well as the classic fresh pesto of Italy. The mint tomato mostarda adds brightness and sweetness to the dish. The pesto is on the plate, but it’s also part of the crust on the lamb, so there are various levels to the dish."

"We don’t have the space to do large scale pasta production," notes Terranova. "However we do make tagliatelli, ravioli and squid ink pasta." 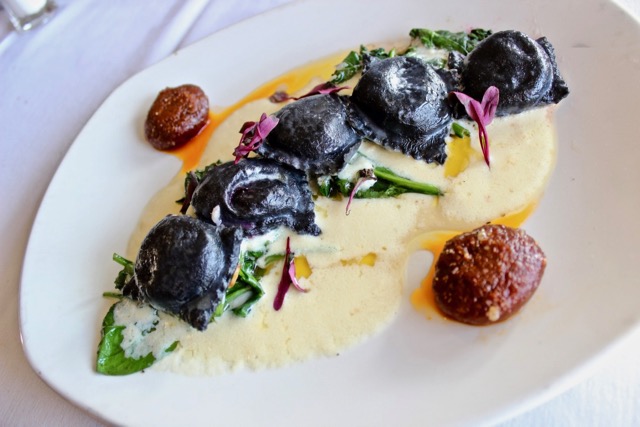 And that means specials like housemade squid ink ravioli filled with beets and fontina, served atop spinach with 'nduja.

Terranova says he views the changes at Cucina as an evolution. "I want Cucina to be the best Cucina it can be," he says. "So we’re stepping it up. We’re finding and showcasing superbly refined dishes. It’s about elevating what we’ve already done."

Special offerings at Cucina include Thursday aperitivo at the Cucina Bar featuring a selection of bite-sized items with wine and drink specials. À la carte prices range from $6 to $9 for food and $6 to $10 for beverages.

Not dead yet: Milwaukee Italian fare strives for the authentic