The East Side will soon be the home of Milwaukee's first Korean fried chicken wing joint.

Merge is the name of the new venue owned and operated by Lane Kim and Choonghoon Lee, owners of Char’d, and Jongsoo Kim of Kanpai Izakaya. According to information gleaned this week, they are forecasting a grand opening on Nov. 27.

Billed as an urban pub, the new venue will feature a vibrant interior with a hip, modern vibe thanks to colorful murals inspired by the nearby Black Cat Alley. Seating will be available both at the bar as well as at a variety of tables, accommodating groups of all sizes. 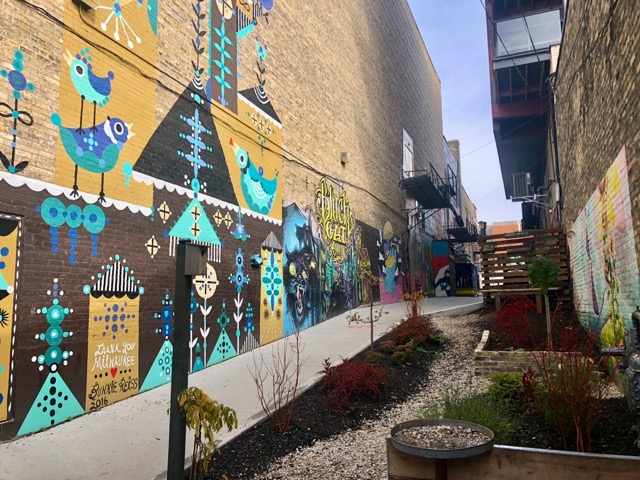 Meanwhile, the food and beverage offerings at Merge will have a similarly playful vibe. The bar will feature a menu of cocktails and craft beers under the direction of former Yield Bar owner Patrick Kapple and industry veteran Amanda Walters; meanwhile, there will be a fast casual-style food menu executed by Chef Jungsub Yoon, brother of Char’d chef Yosub Yoon.

Despite the restaurant’s association with Char’d, which focuses on modern Korean fare, Merge will not focus exclusively on Korean cuisine. Instead, the hope is create an evolving menu that focuses on globally-inspired dishes that are ordered directly by guests at a kitchen window at the back of the restaurant for dine-in or carry-out.

Among the options there include bar-style snacks and dishes including tacos, burgers and Korean fried chicken wings, a style of wings distinguished by their thin crisp exterior and spicy sweet-salty sauce.

Merge will be open for dinner Tuesday through Friday. It will also serve lunch on both Saturday and Sunday, with a menu that features dishes suited to the brunch and lunch crowd.