From small, adorable robot toys and sculptures to stylized paintings the meanings of which are left up to your interpretation, James Demski creates unusual, playful scenes where machine and nature coexist together, particularly birds and robots.

"The birds represent the wild that is just outside the doors, and are the complete opposite of manufactured things like robots," says Demski. "The pairing of the birds and robots also represents how much  stuff we've made has essentially become a part of nature now. If humans disappeared today, the artifacts we left behind will be found laying around for thousands of years. It's crazy to think about the footprint we will leave on this planet." 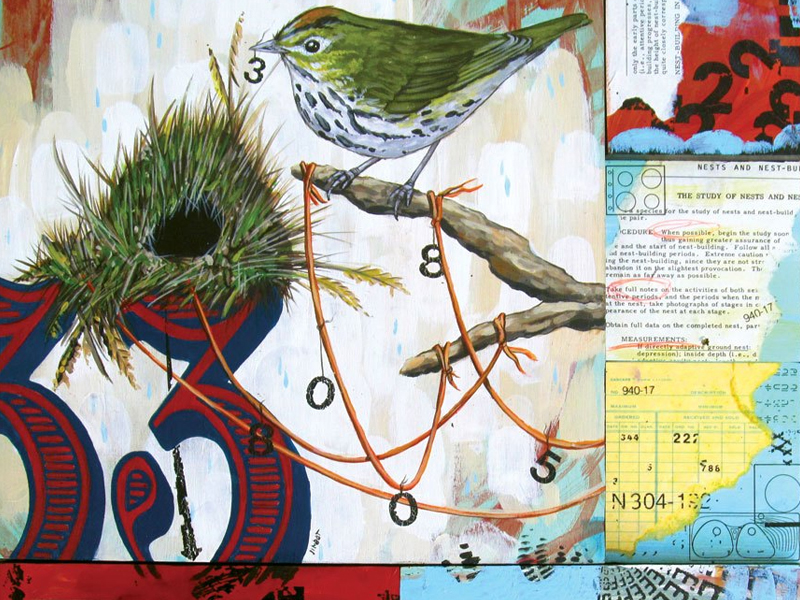 Demski, also known as JIMBOT, is a Milwaukee-based artist and toymaker. After graduating from Milwaukee Institute of Art and Design (MIAD), Demski took on work as a full-time, independent freelance artist and robot maker.

Art has always been a deep passion of Demski's.

"Art is my way of communicating with the world around me," Demski says, "It is my way of making my own mark on the world. My hope is that long after I am gone, people will still remember the work I put out into this world."

His unique style stems from pop culture and things he grew up with in the '80s such as comic books, video games, cartoons, toys, advertising and '80s music. Even as a child, Demski always wanted to make his own toys.

"Combine [my love for toys] with my interest in sculpture, and you get my wood robots. To me it was just a natural pairing," he adds.

"Robots were a big part of my childhood, and that comes through in my work to this day," he says. "I am a huge Transformers fan and have over 1,600 in my collection now. I even have a toy room to display them."

Besides retro stuff and robots, Demski also loves hiking with his wife and daughter, and he finds much inspiration from the great outdoors.  He is also an avid birdwatcher and has a small crabapple tree in his yard that attracts a lot of smaller birds, especially chickadees. 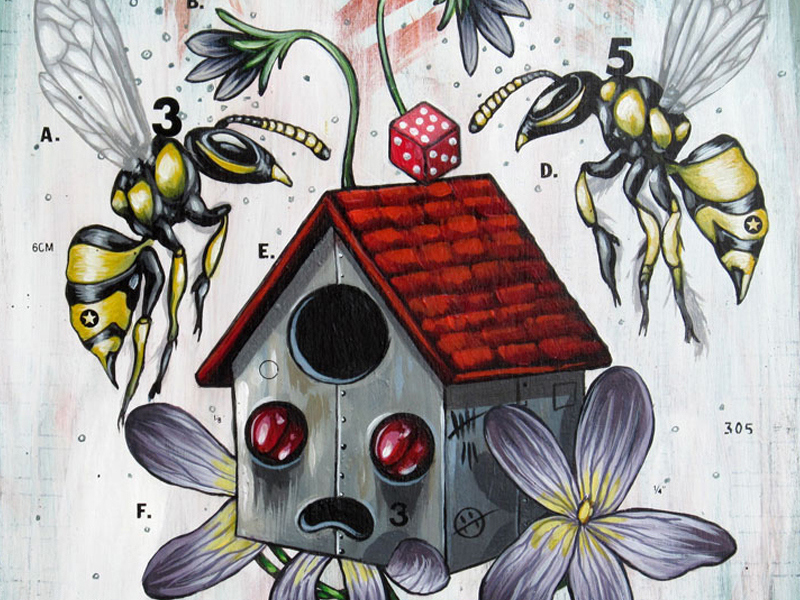 "Chance encounters of wildlife in the wild are truly magical moments, and they are literally right in our backyards," says Demski.

Social media has also been a big influence on Demski and allows him to find inspiration in the work of other artists.

"Currently, I am inspired by the things I find on Instagram. There are so many great artists out there, and it’s fun to see what everyone is doing," says Demski.

Currently, some of his favorite artists are Pendleton Ward, Yoskay Yamamoto, Marcelo Macedo, Moebius and Herge. He is also very inspired by music and podcasts.

It is very important for Demski to be authentic in his work. He sees his work as an extension of himself and takes everything he creates very personally. While creating, Demski likes to simply sit down with a sketchbook and start thumbnailing away until he gets a sketch he likes the best and then starts to develop the spark of an idea into finished artwork. 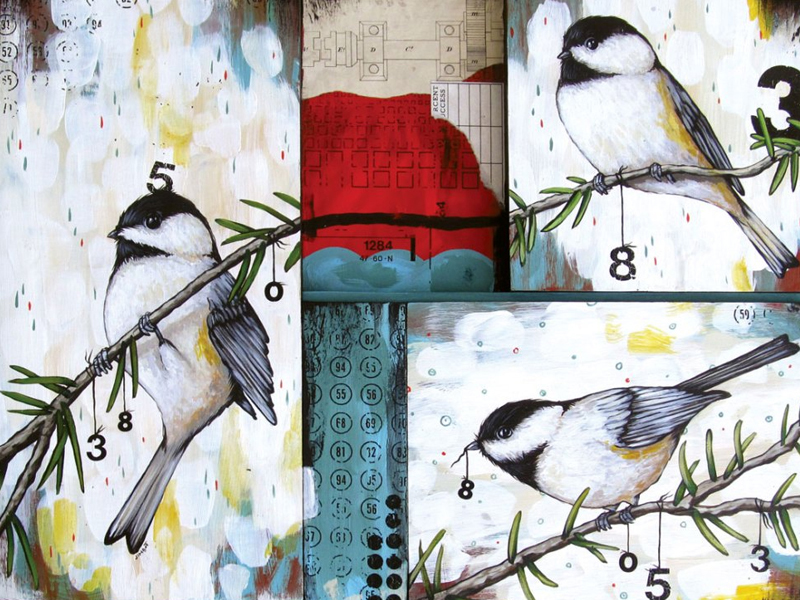 "My goal is to make something that is fun, that I love, and hopefully, the viewers will get that love out of it," Demski says. "I hide a lot of meaning and secret messages in my work, and it’s great to see how people interpret it."