Lennox Lange and Todd Gnacinski have big plans for their Shorewood-based tattoo shop.

Positronic Tattoo, 1918 E. Capitol Dr., is a retro-futuristic tattoo and piercing shop nestled between a few other shops in Shorewood. In the four years since it opened, Positronic has proven itself to be a friendly and clean environment to get tattoos and piercings. 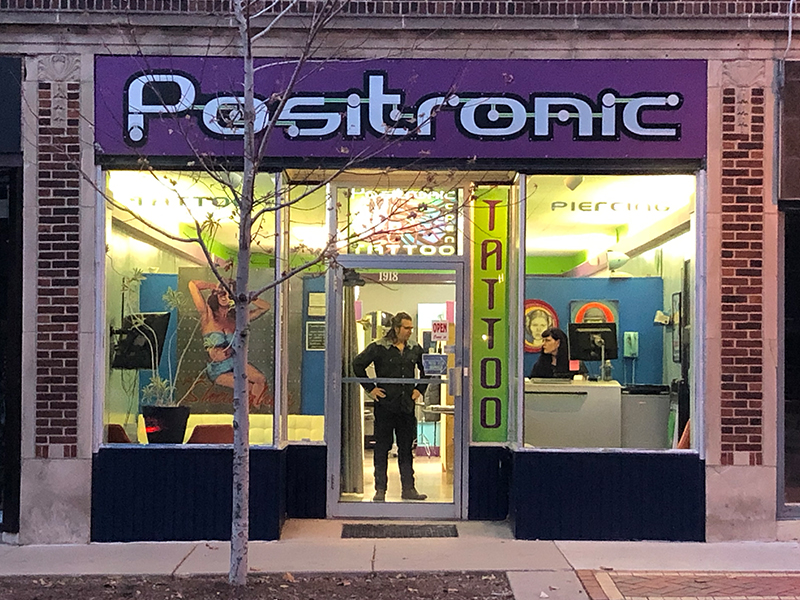 The owner, Todd Gnacinski, is a Milwaukee Institute of Art and Design (MIAD) graduate and has been in the tattoo industry for eight years. His work is reflective of his drawing style meaning more illustrative and expressive compared to traditional-style tattooing.

Lennox Lange is Gnacinski’s former apprentice. They have been at the shop since 2018 and tattooing professionally since the start of 2019. Lange is currently working on getting into illustrative portraiture and black-work style tattoos.

Both of the artists' work stations display their unique tastes along with their favorite art and illustrations. Aside from their art, Gnacinski is also a huge Kurt Russell fan, so his station includes a small shrine in honor of the actor. Lange’s work space is flooded with black cat pictures and stuffed animals. 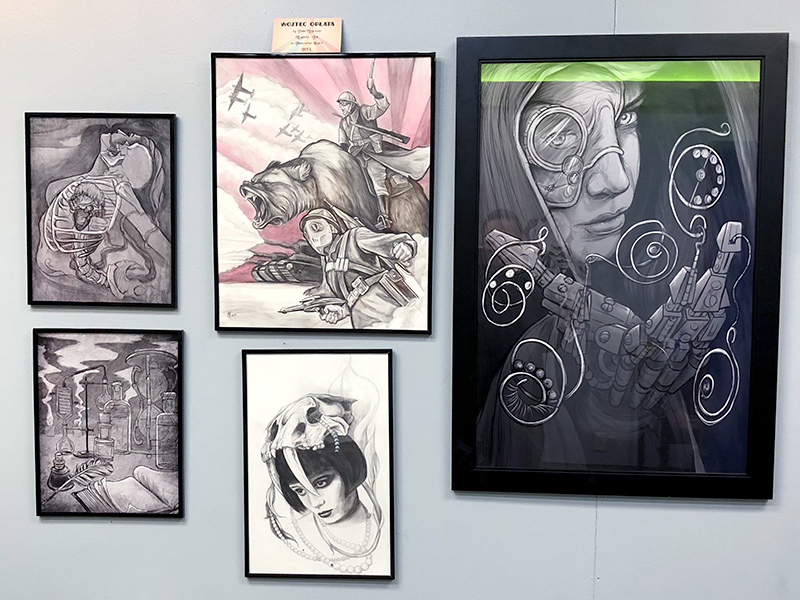 Gnacinski says running a shop is very different from being a solo / freelance artist.

"You have more responsibilities like crunching numbers, worrying about supplies for the shop and product usage, making sure employees are happy and able to do their best work," says Gnacinski. "You also get to deal with interpersonal issues with everyone. Not always fun, but necessary."

Now that they're no longer an apprentice, Lange feels the freedom to do even more of what they want and enjoy: earning a living through art.

"Of course, I still do what is brought to me," says Lange, "but I’m able to put out art that I care about and people will pay me to tattoo it on them."

"I know, that’s oddly specific," says Lange. "Those are my main ones. Otherwise I enjoy ink-wash and linework-based illustrations. As far as tattooing goes, I haven’t gotten to it just yet, but I want to tattoo portraits in my style. I’m actually doing two in the same week coming up though. So that’s very exciting for me."

Lange is also a MIAD grad which is a huge part of why Gnacinski hired them. Attending MIAD impacted each of the artists greatly, but in different ways.

"I definitely know now that I didn’t want to be a designer; I went to school for illustration," says Gnacinksi. "Going to MIAD really exposed me to new art; one teacher in particular during my junior year, Tom Noffsinger, saw what I was interested in and started to expose me to things that would appeal to me based off of that. He really helped introduce me to more classical art that has influenced me since then."

At Positronic Tattoo, community is as important as art.

"I’d like to impact the city in a community-based way, not just in a general success sense," says Lange. "I’d really like to find a way to benefit the Milwaukee Queer community, but I’m just not quite sure how I can do that yet. Eventually though, I will find a way and make it happen."

Both of the artists grew up in Wisconsin so they understand the culture and believe that is an asset of their work. In the future, Gnacinski hopes to include more local artists in his space.

"I want to be more involved in general in the art scene," says Gnacinski. "It would be really cool to integrate that into the shop somehow. Not by being a gallery, but having some art show nights or art-based events here and there. It would be cool to have a gallery night for artists whose art differs from what they tattoo."