The lecture will focus on the melding of histories, tastes, flavors and Diasporic wisdom in Twitty's ongoing journey as a black Jewish man.

Twitty's work may be familiar to you if you have an interest in Southern cuisine or – more specifically – the legacy, history and influence of Africa on Southern food and foodways. 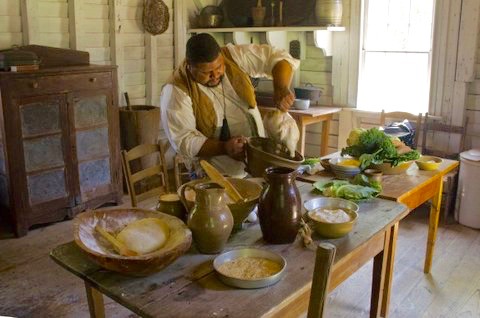 A Judaic studies teacher, food writer and culinary historian whose work has been published on his blog Afroculinaria since 2011, Twitty and his work were swept into the mainstream when his open letter to Paula Deen, which included an invitation to her to assist him in cooking at an historic antebellum plantation in North Carolina.

Ultimately the letter went viral, casting a new light on Twitty’s work and writing, which focuses on preparing, preserving and promoting African American foodways, traditions and legacy in the food culture of the American South. In the years since, Twitty’s work has been featured through a variety of outlets, including NPR.

Twitter is now the author of the forthcoming book "The Cooking Gene: A Journey Through African-American Culinary History in the Old South," which traces Twitty’s path in tracing the food-steps of his ancestors in the Old South, using the story of African American foodways to follow his ancestors from Africa to America and from slavery to freedom.

"Kosher Soul" will take place April 12 at 7 p.m. at the Centennial Hall in the Milwaukee Public Library, 733 N. 8th St. The event is free and open to the public.