I guess we'll always have "Bygones." Well, that and four other gems left behind by the Mike Benign Compulsion, when it comes to the end of its run. Though frontman Mike Benign says this new record is the end of the road, it's also not. Not quite yet.

I guess we’ll always have "Bygones." Well, that and four other gems left behind by the Mike Benign Compulsion, when it comes to the end of its run.

Though frontman Mike Benign says this new record is the end of the road, it’s also not. Not quite yet.

"Well, our run isn’t quite over yet," he says, cagily. "Short of something remarkable and unexpected happening, this will indeed be The Compulsion’s last record. But we plan on playing live at least through summer of 2020, or maybe a little longer subject to any interesting gigs that may pop up."

The band is something of an all-star group, with Benign – who has been in Umbrella Man, Arms & Legs & Feet and Blue in the Face – along with longtime fellow travelers, guitarist Joe Vent, bassist Paul Biemann and drummer Mike Koch, who have collectively been in far too many bands to inventory here.

It’s the perfect combo – tight, melodic, playful – to render Benign’s smart, edgy pop that was seeded by the likes of Elvis Costello, Squeeze and Crowded House, but which bears Benign’s unique lyricism and almost sardonic delivery.

The band plays an album release show on Satuday, Sept. 28 at Club Garibaldi, with Wire & Nail and the Twin Cities’ White Sweater. Showtime is 8 p.m. 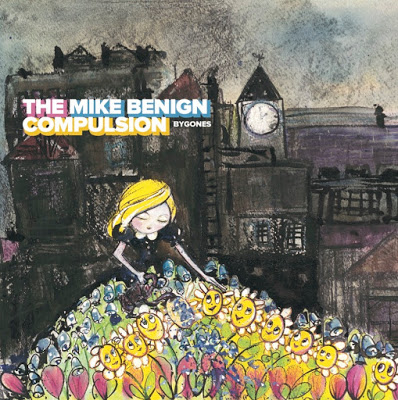 We caught up with Benign to ask about the record and the achievements of the band that isn’t yet finished ... but almost. Maybe.

OnMilwaukee: Did this being the final record put extra pressure on you when writing and recording or did you not know at that point?

Mike Benign: As we were recording the album, the four of talked about this one probably being our last. But I don’t think we felt pressured. The songs were already written, and we had a clear idea of what we were trying to accomplish with the record.

Looking back, how would you assess the band's run and, especially, its recorded oeuvre?

I’m really proud of the five albums we put out. I’d argue each album was a little better than the previous.

We’ve also had the chance to play a bunch of memorable shows with acts we’ve admired for a long time. At Summerfest, we opened for Squeeze in 2012 and Neil Finn in 2016. Mike Mills from REM sang lead with us on "Superman" at Turner Hall. We also did a bunch of openers at Shank Hall for bands like The Alarm, The Twilight Hours (ex-Trip Shakespeare and Semisonic members) and Chuck Prophet & The Mission Express.

Tell me a bit about this new one.

We wanted to make a record that sounds great on headphones. We met with Shane Hochstetler, who engineered "Bygones" (as well as "Kid," our fourth album), before we got started to lay out what we were trying to do. He loved the idea of a headphones record. As we were recording and mixing, Shane constantly challenged us to make sure we stuck to the plan as we made choices about parts and textures.

That meant avoiding our typical two electric guitars, bass and drums setup in favor of other instruments. And making sure listeners could actually distinguish Paul’s and Joe’s and Michael’s vocals, versus just burying their voices behind my lead vocals.

We also hid Easter eggs throughout the album: little audio treats that aren’t as noticeable when you’re listening in a car or through speakers at home, but hopefully give you a little moment of bliss when you discover them as you’re listening on headphones. A lot of that was Paul’s genius. He was a constant source of great ideas on "Bygones," including a bunch of beautiful sounding parts that he recorded and flew in. Autoharps, guitar sections, feedback and noise loops, vocal textures – whatever he had in his head about how to bring some different textures to the songs.

Why are you winding down this ensemble, when it seems so tight and together?

It’s been 10 years. We’re still like-minded about the importance of serving the song. And we have as much fun as ever when we’re in the same room – especially when that room is a bar. I’m just not sure where else there is for the band to go from here. It feels like the right time to bring The Mike Benign Compulsion part of our friendship to a close. Going out on a strong album is a good way to wrap things up, so hopefully that’s what we’ve delivered.

What's next for you?

No musical plans at this point, other than to enjoy the next year or so with my friends as we play "Bygones" and the older ones live.