"The increased production investments are to accommodate the incredible demand for LightSky, which is the top-selling new beer in 2020," says spokesman Marty Maloney.

The new equipment fills the slim cans in which LightSky is sold.

"Combined with other investments coming over the new few months, Molson Coors will be able to quadruple the amount of LightSky produced by early 2021." 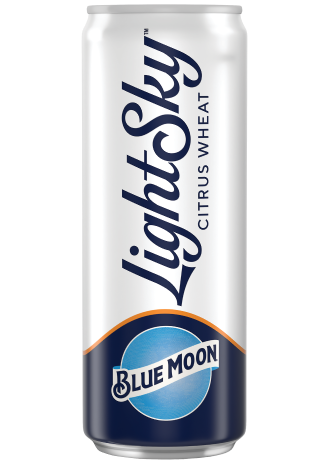 Blue Moon LightSky is a 95-calorie light beer brewed with tangerine peel and dry-hopped with Azacca hops, which are packed with tropical fruit notes. It has a sessionable 4 percent alcohol by volume and just 10 IBUs.

LightSky had notched more than $26.9 million in sales in 2020 by the first week in August, according to Beer Business Daily.

The beer is one of four new low-cal, low-alcohol brews launching in 2020 from Molson Coors.

The others are Leinenkugel’s 93-calorie, 4.2 percent ABV Spritzen – a beer with a splash of seltzer; the 92-calorie and 3.8 percent Coors Peak line, which comes in a trio of flavors (light beer, citrus and berry); and Keylightful, a fruit-forward raspberry lime light shandy based on Keystone Light, with 4.1 percent ABV and a mere seven IBUs at a budget price point.