Miller's Holiday Lites annual display is back in the Valley. Here are the details and some great photos from decades past.

Snuggle up with some holiday cheer as OnMilwaukee shares stories of everything merry and bright in the spirit of the season.

The OnMilwaukee Ho Ho Holiday Guide is brought to you by Educators Credit Union, Harley-Davidson Museum and MillerCoors.

The holiday lights will return to the Miller Valley to add a little sparkle to the Milwaukee winter.

The Holiday Lites show – created in partnership with Clearwing Productions – runs every five minutes and will be illuminated every night from Friday, Dec. 2, through Saturday, Dec. 25, from 6 to 10 p.m.

This year, the event – which remains drive-thru only – features new music and imagery, according to Miller.

Chocolate lager fans can also rejoice because that annual holiday brew will return, too.

Starting in early December, 32-ounce crowlers of the limited beer will be available for local pickup at the Miller Visitor Center.

You will be able to order the beer online at shopmillerbrewing.com.

(There's no word yet on whether the Miller High Life champagne bottles will return.)

For many years, during the 1960s and early ‘70s, the holiday lights displays in the Miller Valley were a local highlight for festive decorations fans.

As part of its 150th anniversary, Miller Brewing brought back the lights in December 2004 – after more than 30 years – and they’ve been glowing each holiday season since.

“Holiday Lites has become a tradition that has brought cheer to families throughout Milwaukee and Wisconsin, and we’re thrilled to continue it,” said Kindra Loferski, manager of guest relations at Miller’s Milwaukee brewery, in a statement.

“We encourage everyone to come out, enjoy the show, and celebrate the season in Miller Valley.”

To see the holiday lights, drive on either side of State Street in front of the Plank Road Brewery House, next to the Miller Inn. Please follow the directions provided on-site and remain in your cars to help ensure social distancing.

For more about the shows visit millerbrewerytour.com/tour-information or call (414) 931-2337.

“The tradition coincided with and was intended to celebrate the renovation and modernization of the brewery, which was largely complete by 1954. The lights and decorations on brewery buildings were always intended to be enjoyed by the general public.”

The tradition continued and by the late 1960s, the annual festivities had grown quite a bit.

By the early ‘70s, Scholzen tells me, Miller Brewing Co. President John Murphy hosted an annual lighting ceremony on State Street, which was closed to traffic for the occasion.

“The increased scale of the celebrations at this time reflected Miller’s rapid growth in the beer industry,” Scholzen says. “The tradition of lighting up State Street for Christmas was suspended in 1973 in response to the domestic energy crisis.”

Two years after the tradition returned in 2004, Miller began synchronizing the lights in a show with recorded music.

Here are some great images, courtesy of Molson Coors, of the Miller lites over the years. 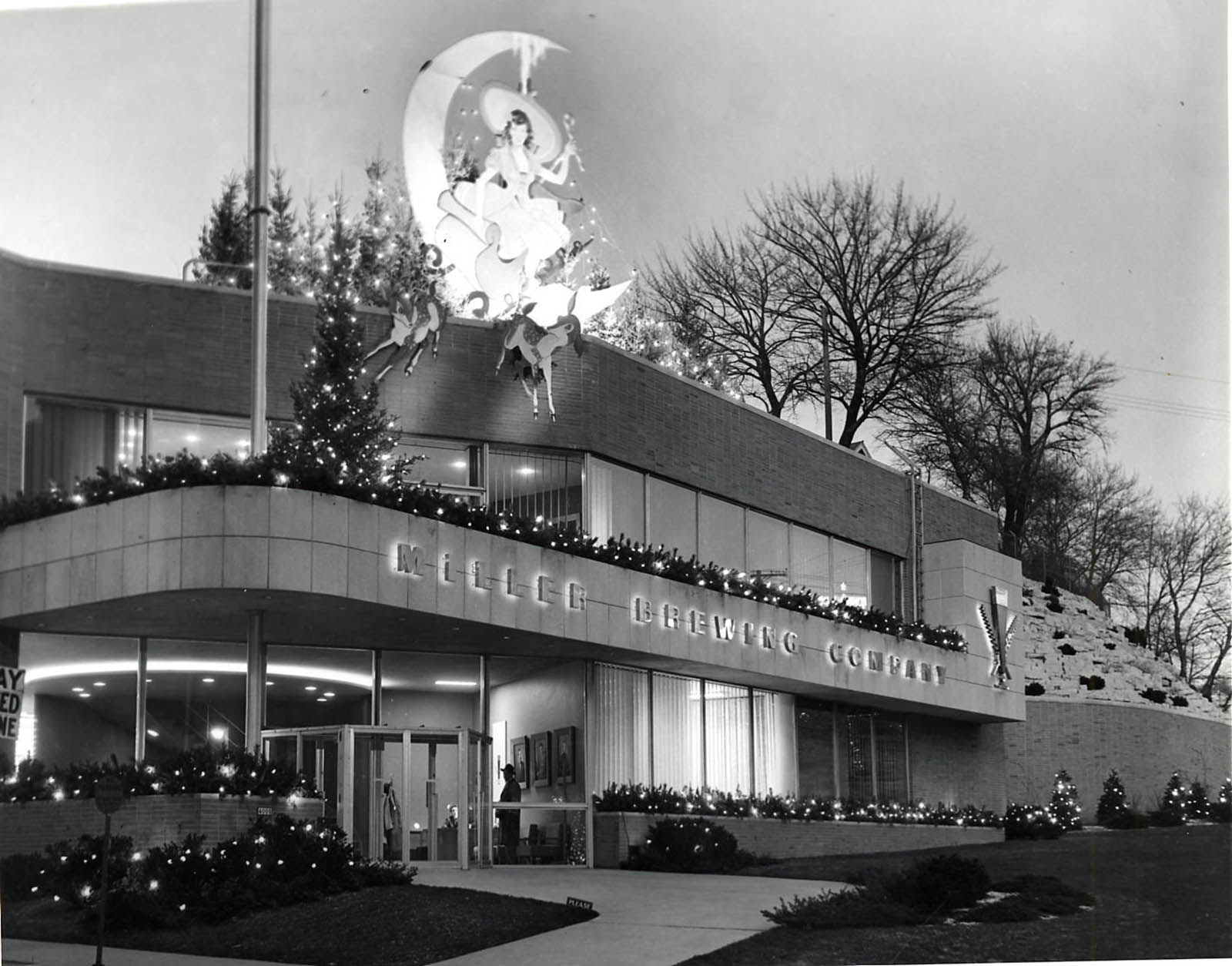 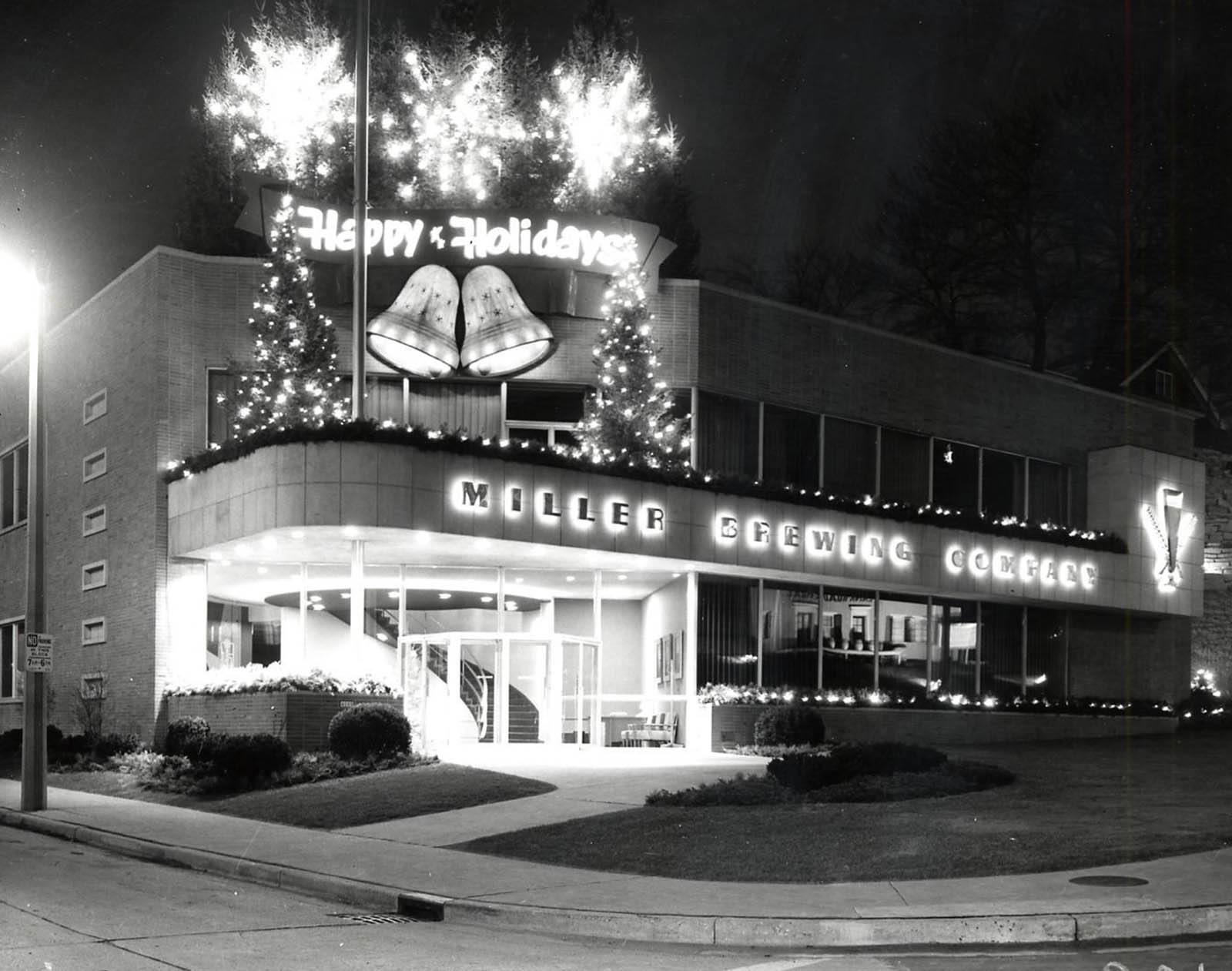 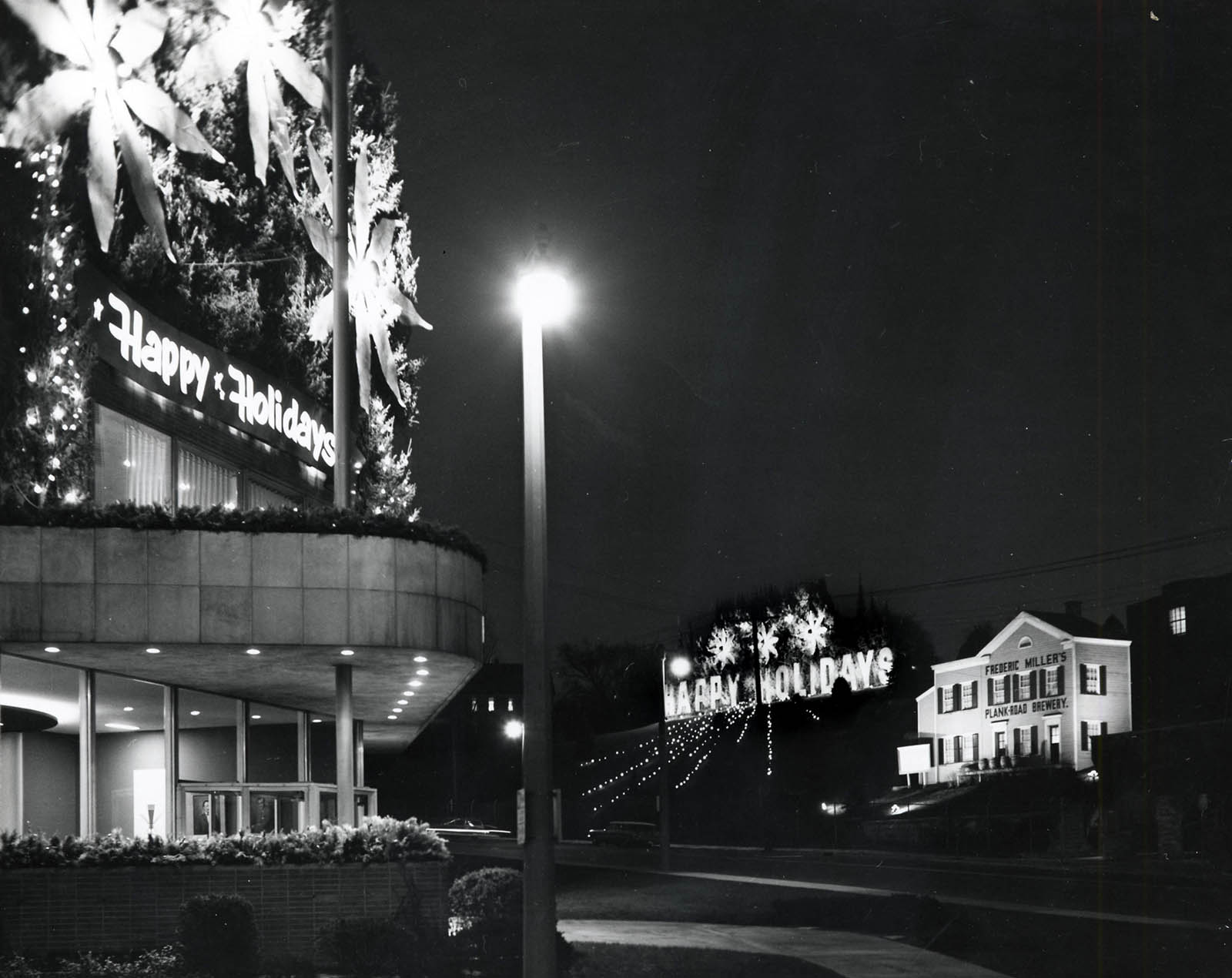 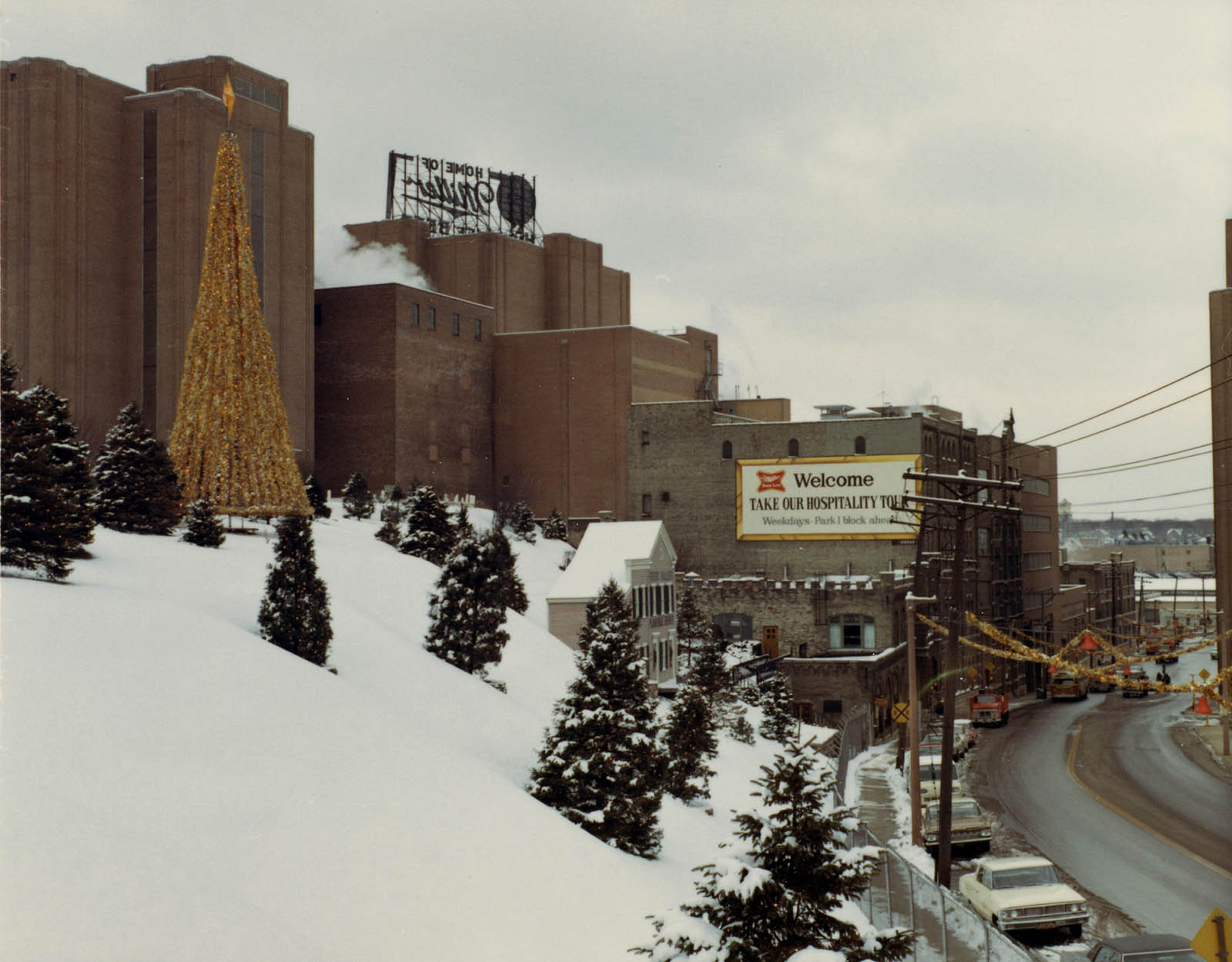 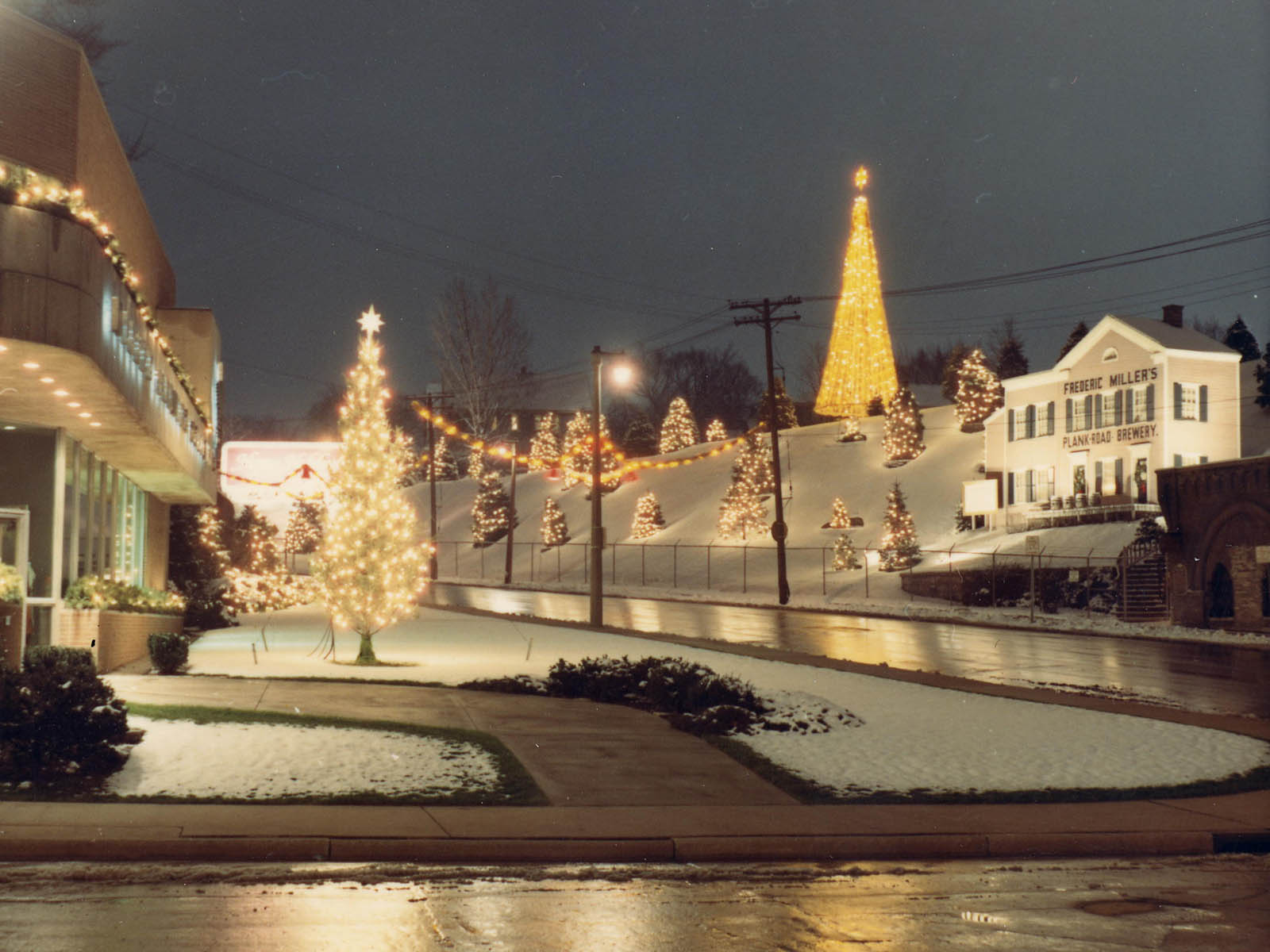 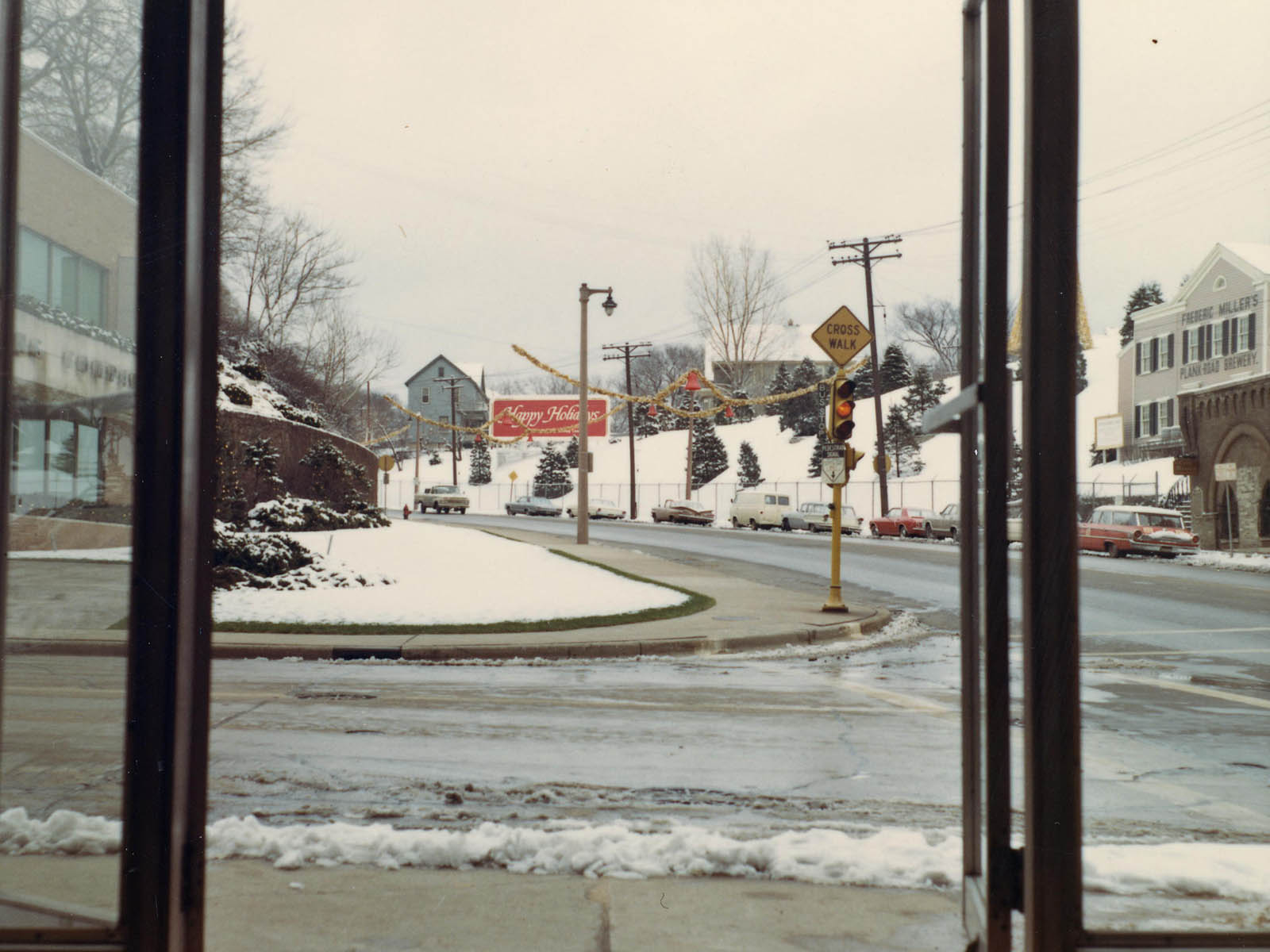 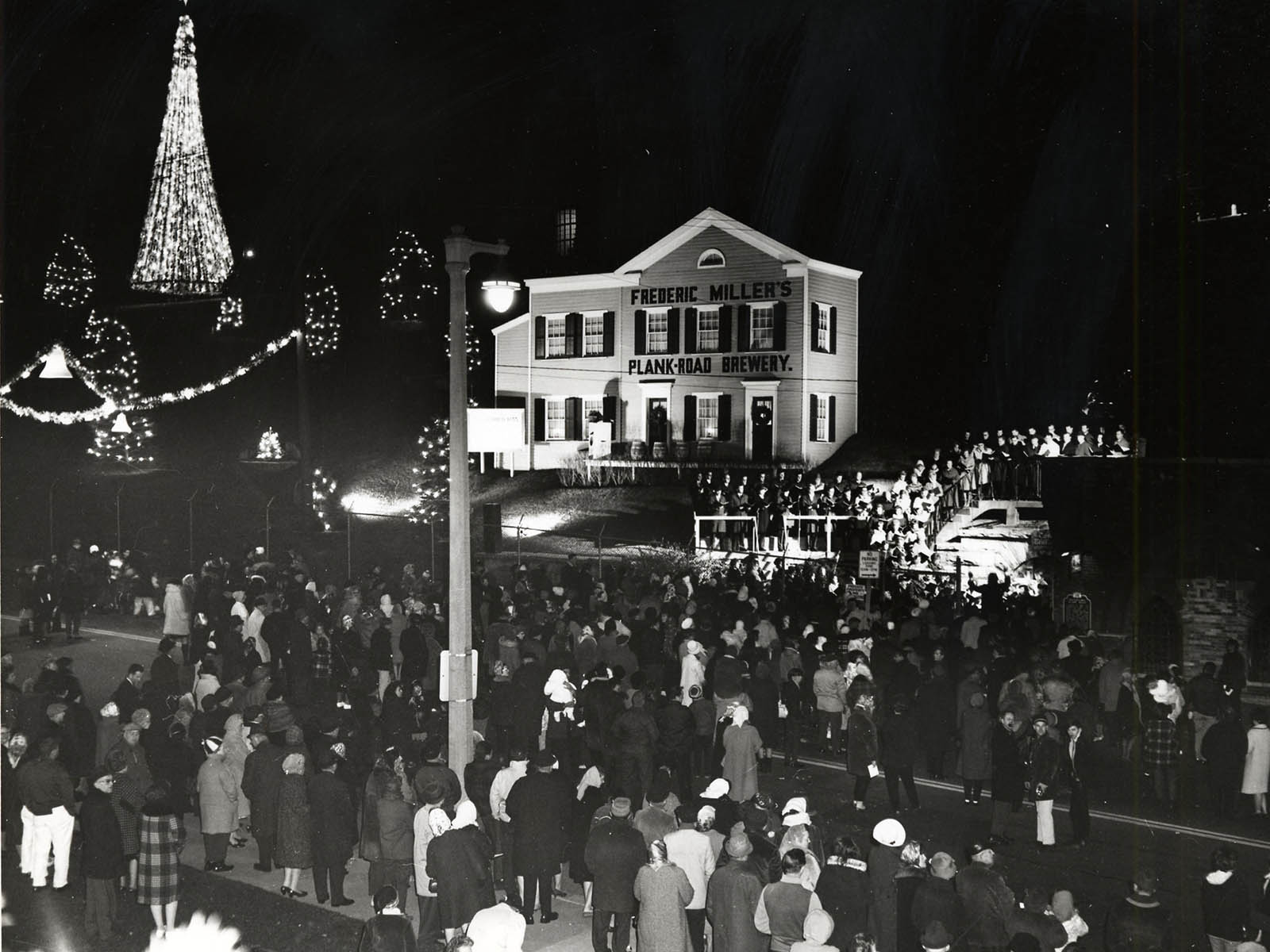 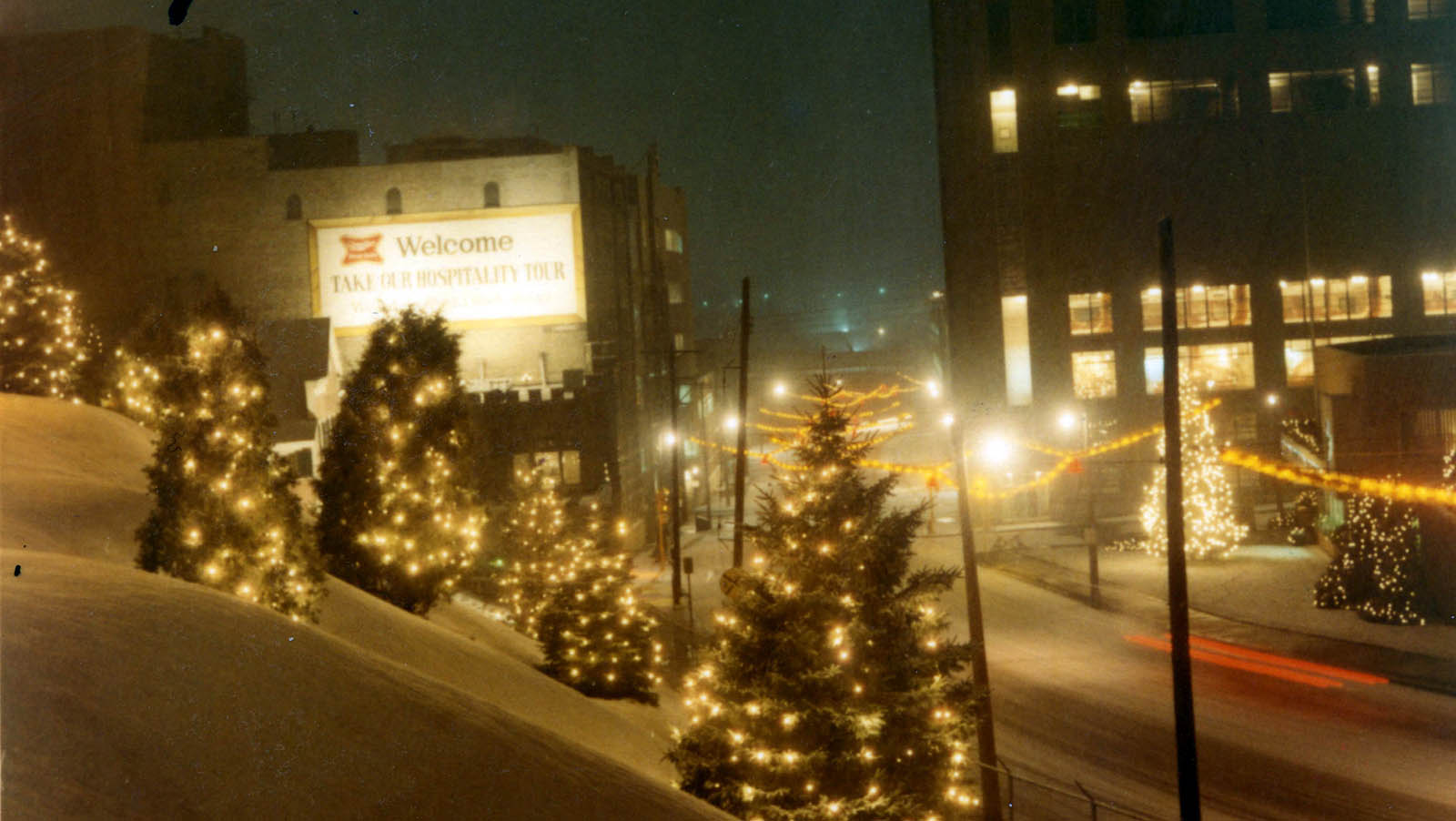 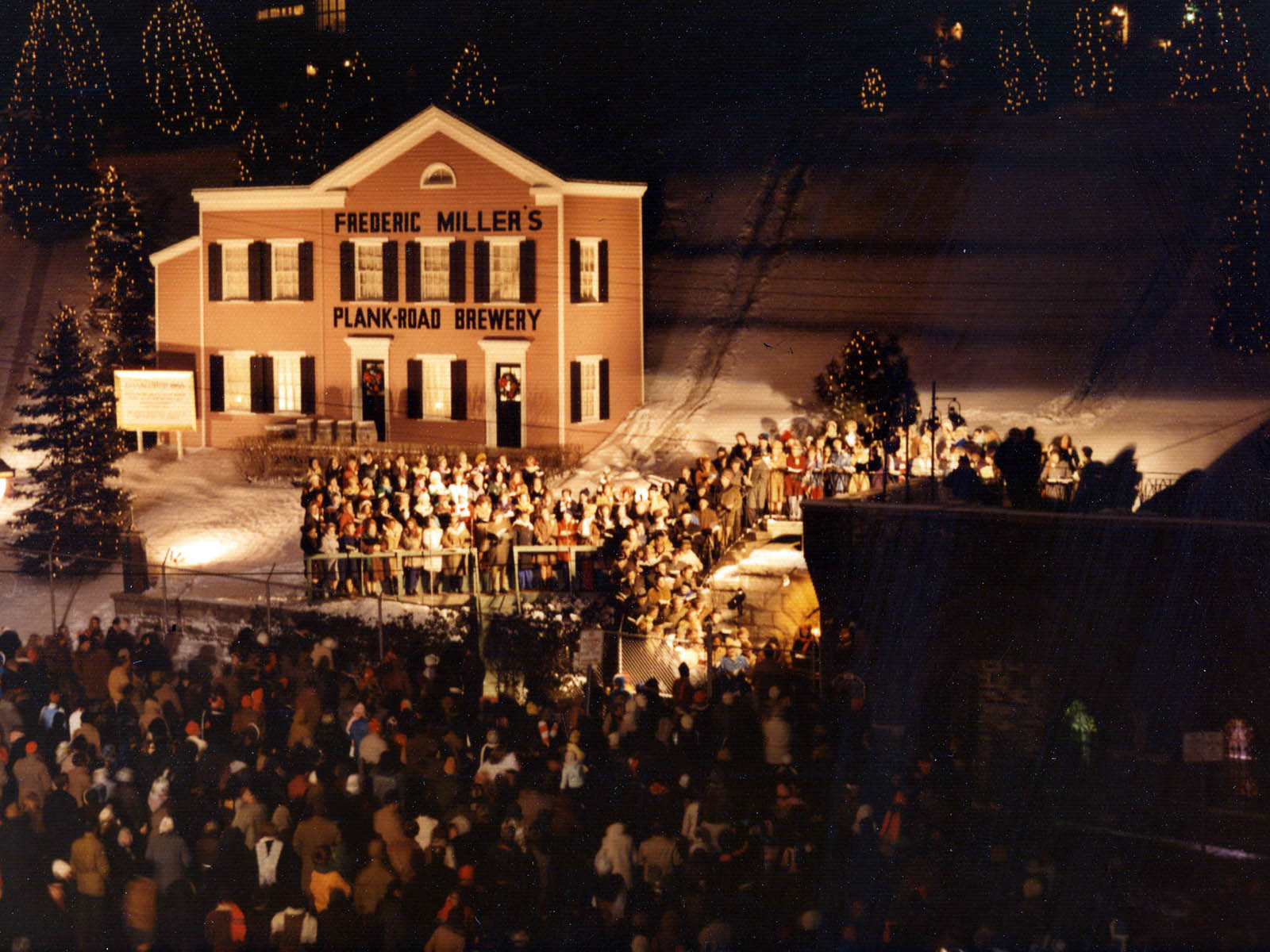 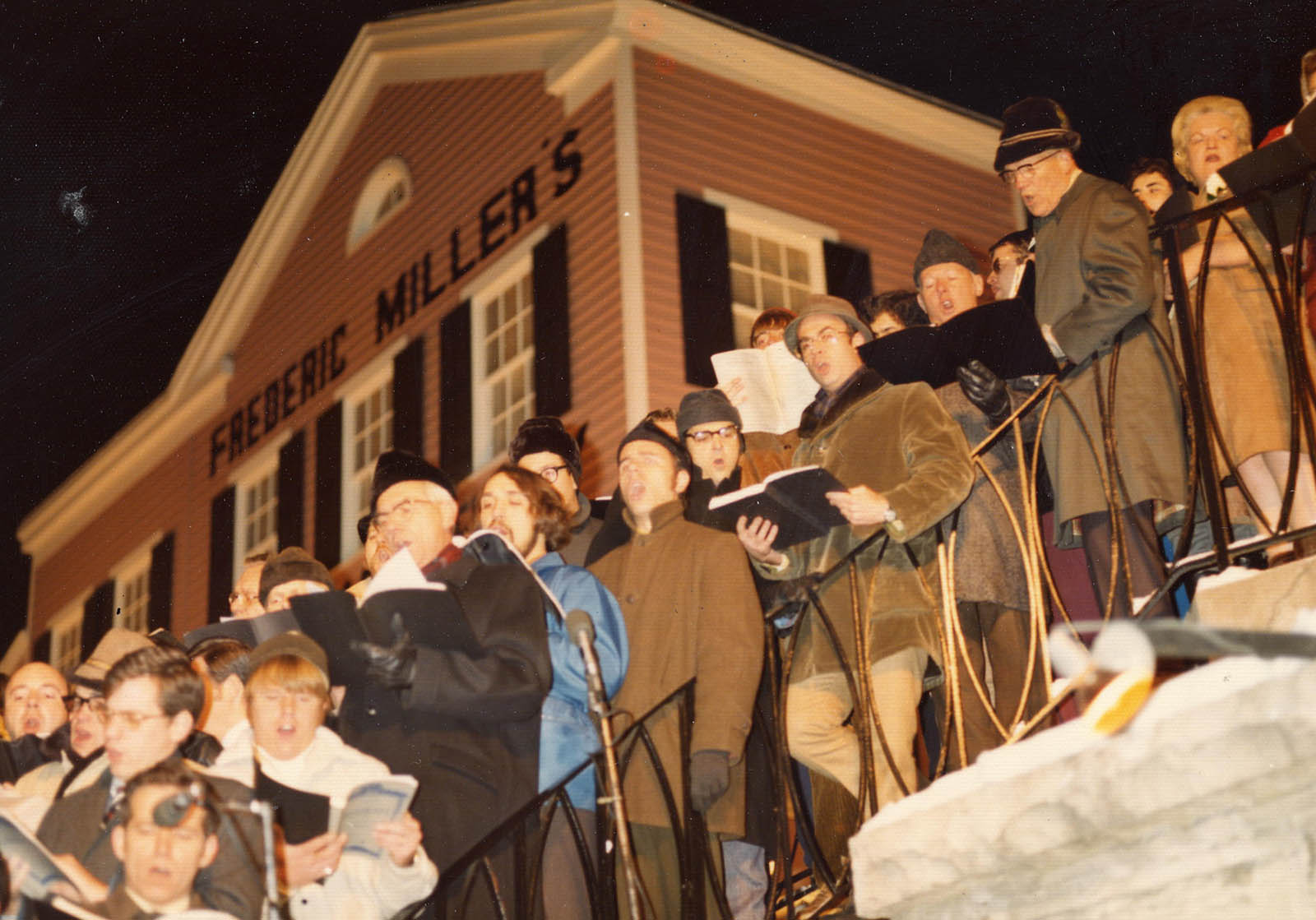 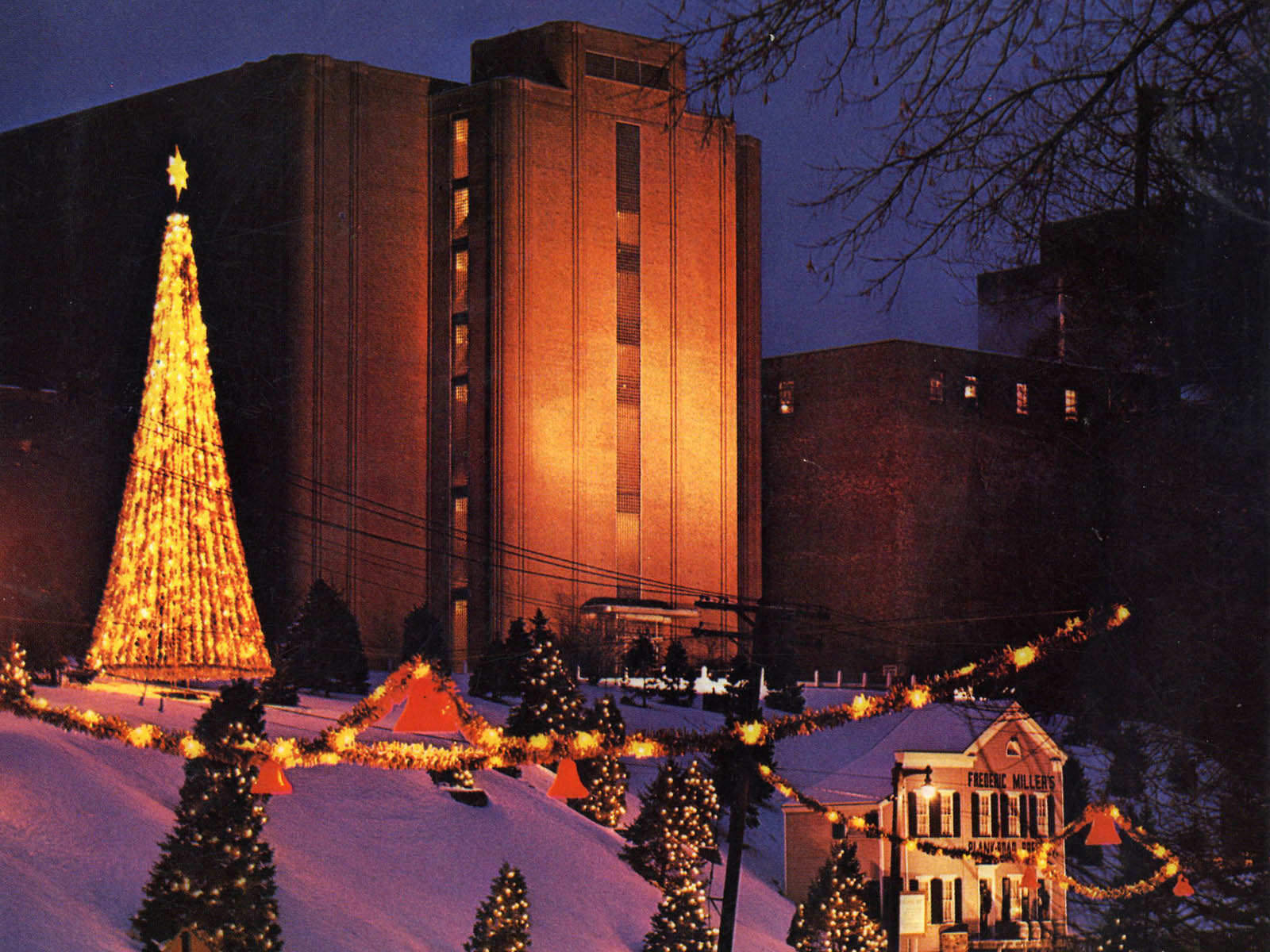 Enchantment in the Park returns to West Bend this holiday season

What's it like to live on Candy Cane Lane?