Vice made a Milverine documentary and it's glorious

In a 9-minute documentary video, Vice unearths new details about the Milverine that Milwaukeeans who are already fans of the burly, often-shirtless, fast-walking man will find incredible.

Those of us who have seen the Milverine stride-with-purpose through numerous Milwaukee neighborhoods had limited knowledge about the man behind the local legend. Until now, that is.

In a nine-minute documentary video, Vice unearths new details about the Milverine that Milwaukeeans who are already fans of the burly, often-shirtless, fast-walking man – whose real name is John Hamann – will find incredible.

Interesting factoids include the identification of an ad guy in the Third Ward who allegedly gave Hamann the superhero nickname because he thought he looked like Marvel's Wolverine character, played by Hugh Jackman.

"I look like the comic more (than the character in the movies). Jackman looks like a pretty boy dancer type. If he and I got in a fight, he'd lose," says Hamann in the clip. 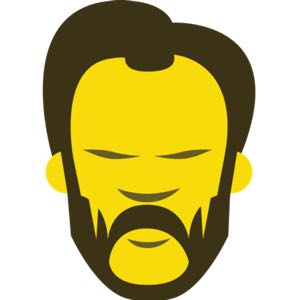 Hamann also says he's never left Milwaukee and never will. He plans to "haunt everybody forever," presumably meaning after he dies. Other gems include Hamann saying "you can tell the Milwaukee Art Museum was done by geniuses," that Bradford Beach is far superior to Waikiki Beach in Hawaii, and that Milwaukee, in general, "is where all the intelligent people are" and is "the height of civilization."

The Milverine has a new dog

"The Milverine" wrote me a letter

The Milverine sees his emoji and thinks it's neat