How will 5 local chefs fare when challenged to create delicious dishes in another restaurant's kitchen? We'll find out on Sept. 27 when five area restaurant owners showcase their talents on the new Food Network show "Bite Club."

How will Milwaukee chefs fare when Food Network plucks them out of their cooking comfort zones and challenges them to create winning dishes in an unfamiliar kitchen?

You can find out tonight (Sept. 27) when five area restaurant owners showcase their talents on the new Food Network show "Bite Club."

Even better, you can join a host of other Milwaukeeans at a special big screen viewing party at Company Brewing, 755 E. Center St. Get more details here.

Among the show’s participants are Caitlin Cullen of The Tandem  who serves up comforting Southern-style fare while supplying substantial employment and culinary training for members of the community, and Barkha Limbu Daily of the cheel, a restaurant that has diversified the North Shore’s palate with a menu of delicious Himalayan-inspired cuisine.

The show also features Aaron Patin of Iron Grate BBQ Co., a chef with a fine dining background who gave up the glam to create true Milwaukee-style barbecued meats; Matt Kerley of Bodegon/Hotel Madrid, an upscale dining experience with a focus on Spanish cuisine; and Frankie Sanchez of Sabrosa Café and Gallery, a neighborhood cafe serving up Mexican specialties and fresh, comforting breakfast and brunch dishes while showcasing local art. 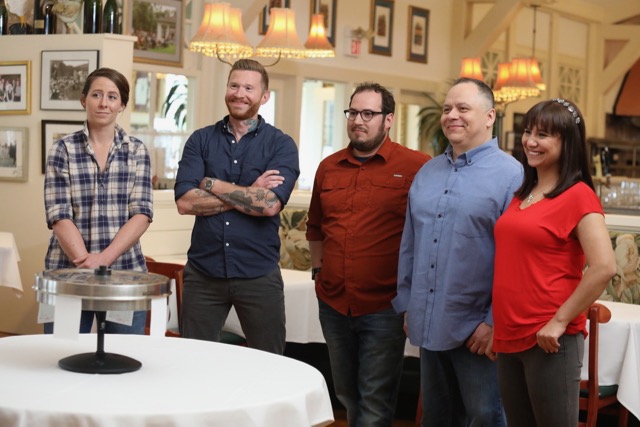 Hosted by Tyler Florence, each "Bite Club" episode brings together five of a city’s most talented chefs to battle it out in a restaurant kitchen in which they’ve never before cooked. Before the competition begins, the chefs participate in an entertaining game of chance, during which two of the chefs are deemed judges for the episode. The three remaining chefs are pitted against one another in two fierce rounds of competitive cooking using a predetermined list of "secret" ingredients.

The Milwaukee-based episode, entitled "Taming and Flaming Wild Boar," will air on Thursday, Sept. 27 at 8 p.m. During the show, the chefs will compete at Bartolotta’s Lake Park Bistro cooking up dishes with ingredients like sorghum, black garlic, avocado and wild boar.