Did you know the most popular avocado was invented by a Milwaukeean?

Like avocado toast? Well, Rudolph Hass, who was born in Milwaukee and lived here until he was in his 20s, invented the Hass avocado that today accounts for more than 80 percent all avocado crops in the United States and 95 percent of California's.

Like avocado toast? Well, Rudolph Hass, who was born in Milwaukee and lived here until he was in his 20s, invented the Hass avocado.

Hass found work as a salesman and a mail carrier and after saving for a few years he purchased a small avocado grove in La Habra Heights, California. At the time, the best avocados came from Fuerte trees, and so Hass cut down the other trees that produced weaker fruits. He then purchased avocado seeds from a nursery and grafted them to the Fuerte variety and after a couple of failed attempts, the Hass variety was born.

Today, the Hass avocado – which is a dark green avocado with bumpy skin – accounts for more than 80 percent all avocado crops in the United States and 95 percent of California’s crops.

"Avocados' popularity has sky-rocketed and they vie for top sales position in our stores depending on the season. They are super popular during football and sports seasons and are always very popular in summer," says Lisa Malmorowski, director of brand and store development for Outpost Natural Foods.

Unfortunately, Haas – who was neither a botanist, farmer nor a shrewd businessman – didn’t see much of the profit from his successful strain of fruit. In 1935 he patented the Hass Avocado Tree but made less than $5,000 during the life of the 17-year patent because growers would buy one tree and then regraft it with another strain for very similar results.

Hass died at the age of 60 one month after the patent expired in 1952.

Avocados continue to be a coveted and controversial fruit – people seem to love 'em or hate 'em – and are often consumed in the form of guacamole and, more recently, on the trendy treat known as avocado toast.

"At Outpost – and I'm guessing here - they're pretty steady all year because our mix of customers see avocados as a 'healthy fat' and many vegetarians, vegans and raw foodies enjoy them frequently," says Malmorowski. "They are also popular with those following paleo-style diets. Heck, we're even running a recipe in our January magazine for Chococado Pudding made with avocados and chocolate." 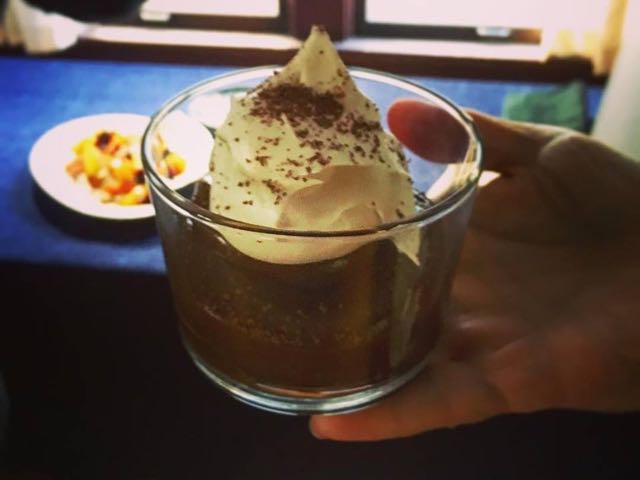 "Food Is Free" pantry is for the people, by the people

Is a hot dog a sandwich? The debate boils up again