In "Images of America: Milwaukee Jazz," out now in paperback from Arcadia Publishing, Joey Grihalva tells the story of jazz in Milwaukee from the 1920s to today via a variety of photographs. In advance of his first event for the book, we asked him about the challenges of writing it.

When writer Joey Grihalva told me he was going to put together an illustrated book about Milwaukee jazz, I wished him luck and warned him it might be tough. Part of me wished I could do it, while another part of me was glad I didn’t try.

Grihalva worked hard and scoured the city to assemble the dozens of images in "Images of America: Milwaukee Jazz," out now in paperback from Arcadia Publishing. 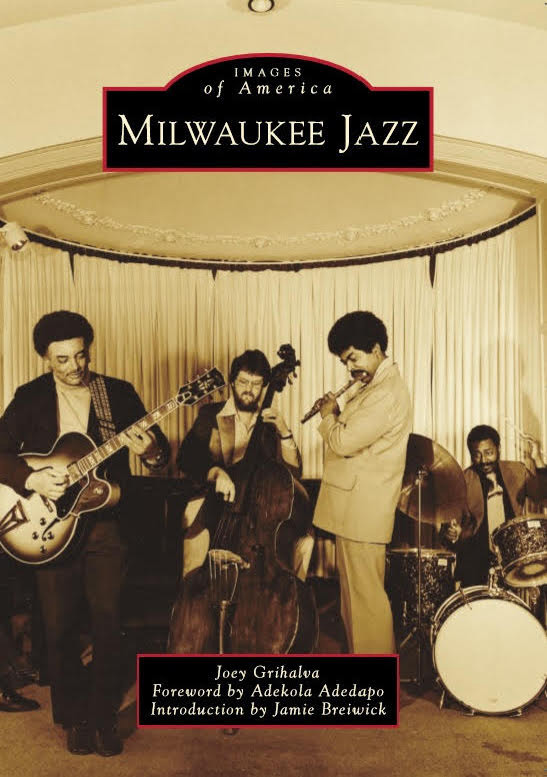 From the 1920s to today, the story of jazz in Milwaukee is told via a variety of photographs that capture legends like Satin Doll, Scat Johnson, Claude Dorsey and Loretta Whyte with more broadly famous folks like Duke Ellington, Woody Herman and Al Jarreau.

Grihalva, a Sherman Park native who has earned three Milwaukee Press Club awards for his work with 88Nine Radio Milwaukee, talked to dozens of journalists, musicians, club owners and others to create this invaluable – and interesting – book. 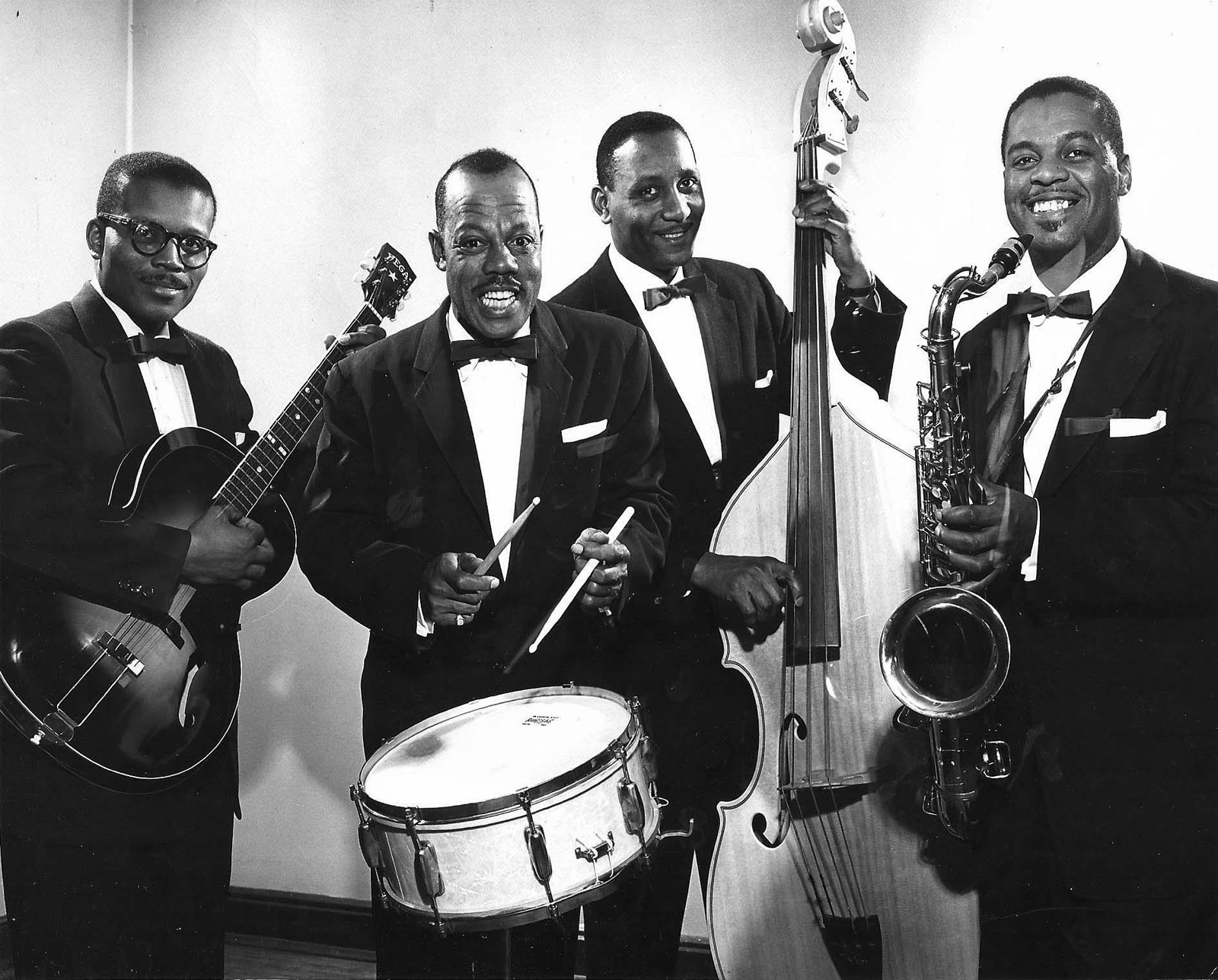 Scat Johnson, seen here in the center with his trio, was long a veteran of the
Milwaukee jazz scene. (PHOTO: Leslie Johnson)

I asked him about the challenges of writing "Milwaukee Jazz," which you can learn more about here.

OnMilwaukee: It always seemed like Milwaukee jazz didn't leave behind many photographs. How difficult was it to assemble as many images as you did for the book?

Joey Grihalva: Compiling photographs was definitely the most difficult part of the process. Trying to cover all of the eras, players and places was a tall order and by no means did I accomplish that.

However, after a couple of years worth of investigating, following leads, asking for help, digging around town, and buying more photos than I probably should have from a certain Ebay account, I think I did a decent job scratching the surface.

Were there people or places that you really wanted to include but of which you couldn't find photographs?

Absolutely. The person I was most disappointed about not being able to find was Dick Smith, a beloved local drummer who apparently played an avant-garde, hard-bop style a decade before it was popular. Finding any photographs pre-1960 was tough, especially of clubs. I would’ve loved to have found a photo of Thelma’s Back Door and the inside of Satin Doll’s Lounge when it was active.

The other challenge was that someone might have a photograph, but it had to be of a certain quality to be able to be included in the book. For instance, Baltimore Bordeaux’s son found a couple photographs of his dad, but they weren’t print quality. Some of the other players whose photograph I couldn’t find but who I heard a lot about include Bob Hobbs, Jimmy Duncan, Mary Reed, Pinky Black, Carmen Weathers, Betty Landrum, Jimmy Talbert, Ronald Rideout and Barry Velleman.

There was a case where I had this great photograph of an organist, but nobody I talked to knew who it was. Then I took it to local guitar legend Manty Ellis and he identified the player as Will Green, who I had heard so much about. I posted the photo to Facebook and Neal Chandek, who was one of Green’s students, said that seeing the photo brought him to tears. That was a highlight. It also brings up an additional challenge, in that I might have a nice photograph, but if I couldn’t find out anything about it then it didn’t make it in. 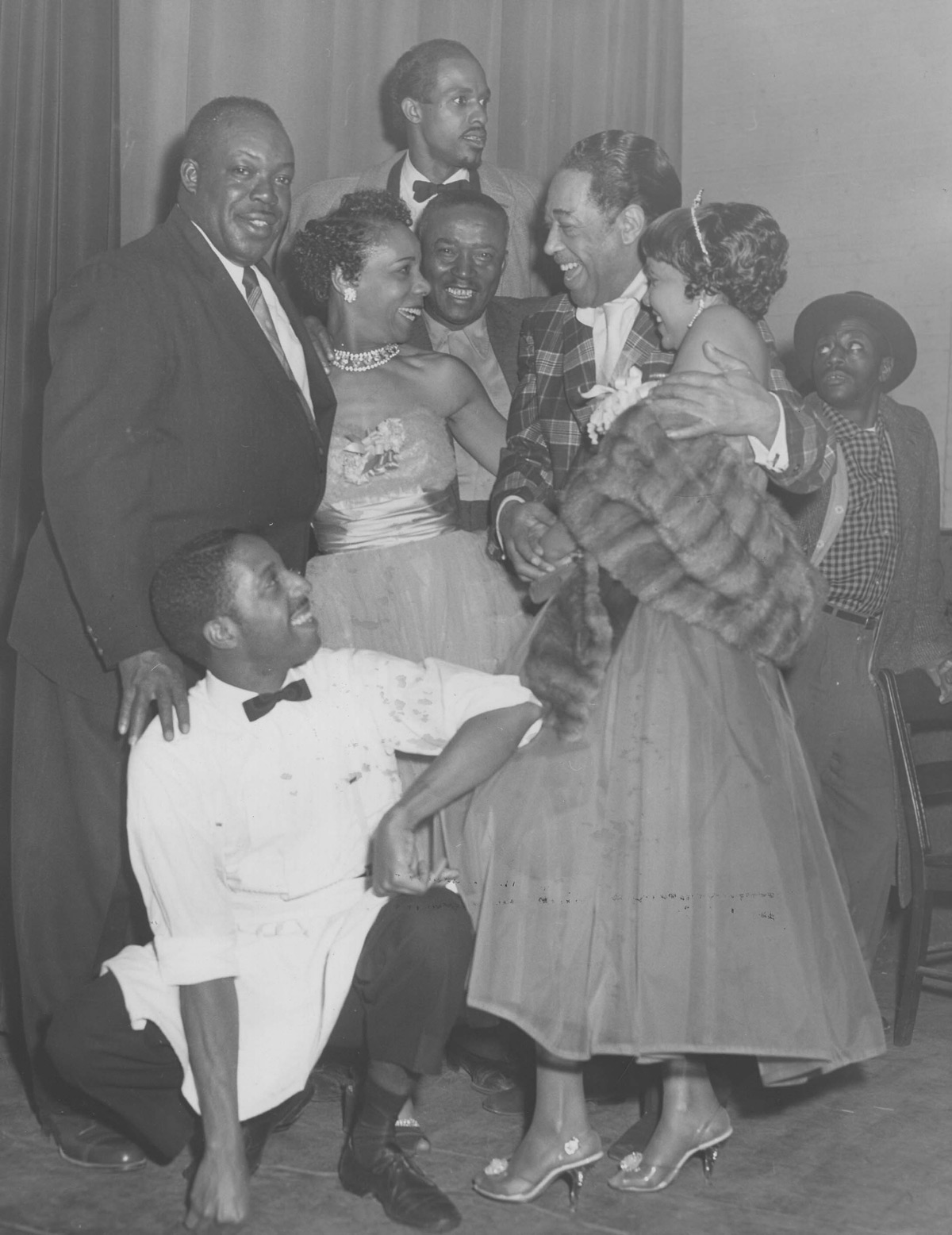 Duke Ellington is pictured with members of the Milwaukee jazz scene, including pianist Loretta
Whyte, with whom he is sharing a laugh. Ellington performed at the Wonderland Ballroom in November 1957. (PHOTO: Wisconsin Black Historical Society)

Did researching the book change your view of the history of Milwaukee jazz? Did you learn anything that really surprised you?

To be honest, I didn’t have a view of Milwaukee jazz history before taking on this project. As I write in the book, I was born in 1985 to parents who loved rock ‘n’ roll and grandparents who listened to classical and polka, so jazz just wasn’t on my radar. It wasn’t until the hip-hop group A Tribe Called Quest was sampling and rapping about jazz that I got interested. Then I got into Miles Davis, John Coltrane, Charles Mingus, you know, the legends, but never the local scene.

To be fair, I moved away from Milwaukee when I was 18 and I moved back about five years ago. Since then I’ve been pretty immersed in contemporary local music and doing the original articles for 88Nine Radio Milwaukee that turned into this book was the beginning of my exploration of Milwaukee music history. I’m fascinated by it all. I started reading "Brick Through the Window: An Oral History of Punk Rock, New Wave & Noise in Milwaukee" and I highly recommend it. I’d love to be a part of a similar project around the history of Milwaukee hip-hop, as that is the music and culture I’m most familiar with.

I don’t think anything necessarily surprised me, but lots of stuff amazed me. Like how all these factors – the Conservatory’s jazz program, the opening of the Milwaukee Jazz Gallery, and Buddy Montgomery and Melvin Rhyne moving to town – came together to create the local jazz renaissance of the 1970s and early 1980s.

Often, doing a book like this gets publicity that helps more photographs, especially ones in private photo albums, come to light. Would you consider doing a followup if enough of that happens or do you think the supply is now really exhausted?

It’s funny you should ask, because I already had a plan to do a supplementary book. My publisher gave a very strict page limit, so I could only fit in so many photographs and I was left with a surplus. I also have a trove of transcribed interviews that I feel deserve a home.

And so, I’ve slowly but surely been working on what I’m thinking will either become an E-book or print on-demand book or both. The jazz journalist Kevin Lynch sent me some of his pieces to include and I’d also like to incorporate some of Jamie Breiwick’s blog writing. And yes, if more photographs come to light I would be delighted to include those as well.

What do you hope readers get from the book, besides looking at some cool images?

Given that this book is a rather straightforward pictorial history, I didn’t have the space to get into the sociological and political elements that have surrounded the Milwaukee jazz scene over the years. But I think savvy readers will pick up on some of the racial dynamics at play. And I will examine that topic more closely in my first couple of author talks.

I also made it a point to include three of Milwaukee’s biggest non-jazz musical exports – the Violent Femmes, Les Paul and Liberace. While the first two might seem like less of a stretch considering the Femmes incorporate jazz elements and Les Paul played jazz guitar early and late in his career, you might be surprised to learn that a young Liberace sang and played piano in Downtown jazz bars. The larger point I am trying to make is that all of American music has been influenced and touched by jazz in some way.

Finally, I just hope that readers gain a sense of hometown pride. Milwaukee may not be New York City, we ain’t L.A. or New Orleans, and despite our similarities, we’re not Chicago, but we have given the world some excellent jazz music. Homegrown musicians and those who chose to make a home here have contributed to this great art form and continue to today. It was such an honor to have spent time with all of the musicians, their kin, the club owners, aficionados, and journalists that made this book possible. I’m so grateful to have learned about their stories and I’m really excited to share them with the public.