Christopher Wing grew up in Bay View, graduated from Riverside University High School and, after college and living life in various places around the United States, moved to Changwon, South Korea. Wing recently chatted with us about Milwaukee and, of course, the Olympics.

Christopher Wing grew up in Bay View, graduated from Riverside University High School and, after college and living life in various places around the United States, moved to Changwon, South Korea in November 2009.

He and his wife, whom he met in South Korea, teach at their "hagwon," which is a school. He also produces music and, bless his Brew City roots, is building a brewery in Changwon that should be completed later this year.

Wing is living an interesting life, but – considering the obvious – we had to ask him mostly about the Olympics.

What are your general thoughts on having the Olympics in your country?

I think it is great that the Olympics are in South Korea this year – it will bring much-needed tourism to an area of Korea that people don’t often visit – and help raise awareness of Korea and its culture. There has been a major slowdown in tourism from China since Korea bought the THAAD system (for ballistic missile defense) from the US, so the tourism will help.

It does seem a little odd, though – South Korea isn’t really known for winter sports, outside of skating. There doesn’t seem to be too much excitement here about it – but again, we’re pretty far south, so there could be a lot more interest in Seoul. 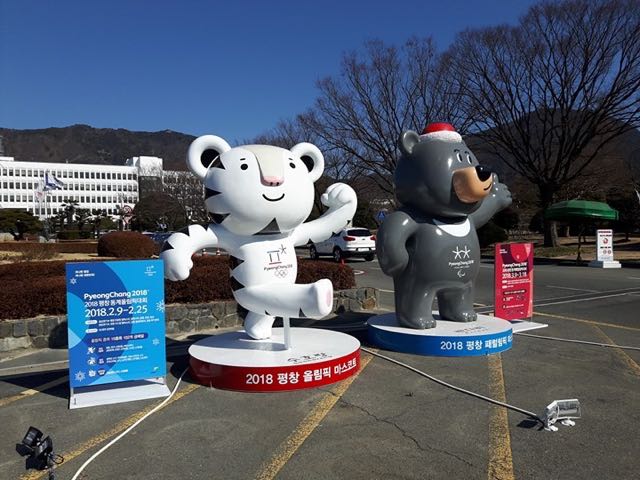 How far from your house are the games?

The games are about a 6-7 hour drive from my house, although many people are going to Seoul and taking a train to the venue.

Will you be attending any of the events?

I won’t be going (busy with work!), but I know quite a few foreigners and Koreans who will be going. However, there’s a lot of concern about the cold – it is supposed to get quite chilly during the games.

What do you do for work and fun?

I now own and teach at my own hagwon (school), along with my wife. I also produce music on Dubmission Records as mcthfg and on Disco Gecko as a member of Dragonfly Trio. Finally, a friend and I are currently building a brewery and taphouse in Changwon, which should be completed in mid-2018. (Stay tuned to OnMilwaukee about this, Milwaukee!)

For fun, my wife and I travel – we usually go to Thailand once a year, and last year we went to Cambodia.

Are you ever homesick for Milwaukee?

I do get homesick – usually for my family, cheese and cheap beer. We have all-imported beer in Korea that's subject to a large import tax, so a single bottle of beer can cost $20. But, on the plus side, we do get Lakefront.

Where and when to watch or stream the 2022 Winter Olympics

Olympic medalist Simone Biles is coming to Milwaukee this autumn

Olympic curler from Wisconsin Matt Hamilton gets his own bobblehead