Milwaukee Cup more than a rivalry game for Marquette, UWM; it's a classic derby

Take everything that's great about a sports rivalry - geographic proximity, history between the teams, regularity of the competition, passion and provincialism and resentment of the fans - and then intensify and concentrate it. That's the Milwaukee Cup between Marquette and UWM. It's tonight.

But when Marquette meets UWM for the annual Milwaukee Cup men’s soccer match, that's not a rivalry. It's a derby.

Take everything that’s great about a sports rivalry – geographic proximity, history between the teams, regularity of the competition, passion and provincialism and resentment and familiarity of the fans – and then both amplify and condense it, intensify it and concentrate it.

High-stakes but hyper-local, the Milwaukee Cup is a decades-old yearly match for a distinguished trophy concerning contrasting crosstown institutions separated by only about four miles, including many players who’ve competed with and against one another on clubs since they were little kids and one head coach who’s actually been on both sides, in front of a wide array of fans that are essentially neighbors and know each other well in the area’s insular soccer community but aren’t afraid to turn up the chanting heat to cut down their opponents’ supporters.

Public versus private, (north)east side versus (south)west side, black-and-gold versus blue-and-gold. The fruits of the two programs’ recruiting labors, which target much of the same talent, vying to prove who’s best, fervent students and prideful alumni with bragging rights on the line, old European guys grumbling that they’ve seen it better and kids running around and climbing anything they can.

It’s like a good old-fashioned English derby, just smaller and without everyone hating each other.

Indeed, there’s nothing but mutual respect between Marquette and UWM when it comes to the longstanding Milwaukee Cup, the 44th chapter of which takes place Wednesday night at 7 p.m. on Valley Fields. But that doesn't mean it's not still wildly compelling.

"The experience at the game is awesome every year," says Panthers head coach Kris Kelderman, who’s in his fifth season. "Is this a big deal? Absolutely. As far as soccer goes around here, it doesn’t get any better."

In fact, College Soccer News published a list in 2011 of what it called "The 14 Greatest Rivalries in College Soccer." Appearing at No. 10? The Milwaukee Cup.

Overall, Kelderman’s school has superiority, with a 28-11-4 all-time record in the series; but over the last 18 meetings, it’s been an even matchup, with both sides winning eight times and drawing twice. Since MU coach Louis Bennett moved over from UWM in 2006, the Golden Eagles have won four, lost four and tied twice.

A native of Great Britain, Bennett knows a thing or two about local derbies and the intensity of such games, and he says the Milwaukee Cup has the same feel. 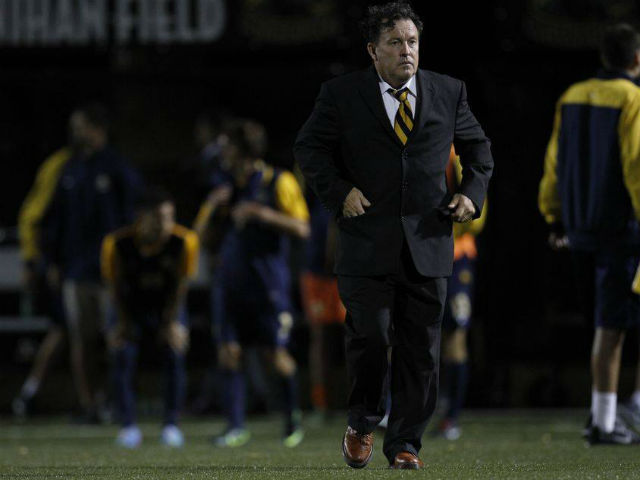 "The atmosphere is unique, it’s something so special," says Bennett, who coached his 20th Milwaukee Cup last year, a 1-1 draw at UWM’s Engelmann Stadium that drew an attendance of more than 4,000, the largest for a college soccer game in state history. "We’re really lucky to be one of the few cities in the country with a legitimate derby. I love it.

"You get kind of a buzz from it – the players really get up for it, the community gets into it – you catch what’s in the air and you almost get intoxicated by it."

But speaking of intoxication, Bennett notes that one of the best elements of the Cup is that while it brings out both sides’ supporters in force, there is an overarching sense of goodwill and positivity, especially compared to some infamous rivalries across the pond.

"It’s not hostility, it’s people who are just really passionate. Funny but not foul. You can smell the burgers from their side of town," Bennett says with a laugh, adding that the schools’ proximity means the crowd is more similar than it is different. He also enjoys that the Cup brings out casual fans, particularly students and families, and intermingles them with more serious watchers. "You can convert them to become real soccer supporters."

Kelderman agrees that the match, with its inexpensive tickets and colorful vibe, engenders a sort of togetherness. "Milwaukee is such a rich soccer community," he says. "You’ve got kids, older people, people in the ethnic community."

"I like the fact that there are so many kids there and it’s affordable," says Moran, who’s from England and has attended the last three Cups. "Back home doesn’t really have that. The fans are excited, coming out on a Wednesday, the players under the lights, everyone knows each other. It does bring everybody out. It’s the biggest soccer game in Wisconsin.

"And I like seeing the local talent on display. You can scroll down the programs and see familiar names and clubs."

From 2006 through 2010, Hector Navarro was one of those familiar names. A Milwaukee native from Riverside High School and the Simba Lions soccer club, Navarro compared the annual Cup to one of the fiercest rivalry games in Europe, between Real Madrid and FC Barcelona.

"It’s El Clásico," he says. "The fact that both schools are so close, it means friends are playing against friends. It didn’t matter what our record was, that game was the one that we wanted to win every year."

On the other side, Kelderman, who does not possess the trophy because it remains in the hands of whichever school last won it – Marquette triumphed in 2014, before last year’s tie – agrees with Navarro.

"Win, lose or draw, it’s a great learning experience for the guys. The element of pressure is there, the Milwaukee Cup trophy is one the line," Kelderman says. "As far as whether it’s fair or not, I think just because the match means so much to everyone involved, that evens things out a bit." 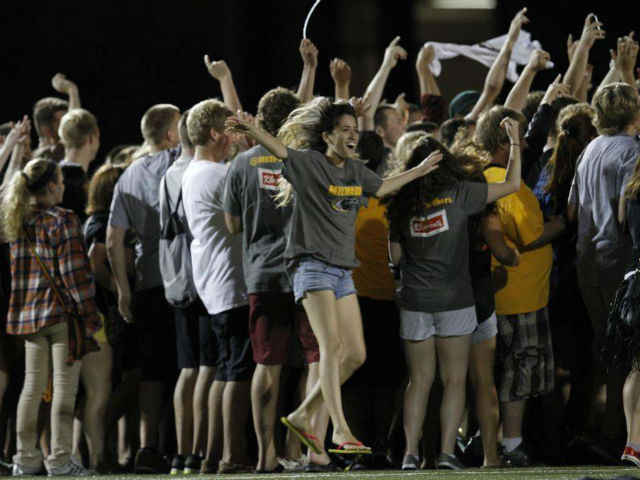 Moran says the environment last year at Engelmann was electric and the crowd dense, with fans packed into the stadium and standing four-deep along the surrounding fences. Although he remembers hearing one chant from some UWM fans – "Trust-fund babies!" – that may have irked a couple Marquette trustees, generally he says, "It seems like the MU fans are a bit more boisterous, they make more noise."

On the field, UWM (1-3-0) has lost three straight games. Reid Stevenson and Kostas Kotselas each have two goals, accounting for four of the Panthers’ five goals scored. Francesco Saporito has a goal and three assists to lead the Panthers with five points. Goalkeeper Oliver Haslund has received three of the team’s four starts in net, allowing an average of two goals a game.

Marquette (3-1-1) is unbeaten in its last four games after losing the opener and received votes in the College Soccer News Top 30 poll this week. The young Golden Eagles are led by sophomore centerback Danny Jarosz, who was named the BIG EAST Defensive Player of the Week on Sept. 11, and freshman forward Luka Prpa, whose five goals and five assists put him among the nation's leaders with 15 points.

Though Bennett says the matches are often "a real grind," low-scoring, tightly contested games, the Milwaukee Cup knows excitement. Last year, Marquette pulled out the draw thanks to a 73rd-minute strike by Louis Bennett II, who is now playing professionally in Cyprus. In 2013, Marquette’s goalie blocked a penalty kick in the 2-0 win. And in 2012, the Golden Eagles’ Sebastian Jansson’s scorched this buzzer-beating game-winner against the Panthers.

"When we play Wisconsin, it’s a rivalry," Bennett says. "But UWM? This is a derby."

The Milwaukee Cup will be broadcast by Time Warner Cable Sportschannel, with Matt Menzl and Matt Schroeder on the call. Marquette Soccer Vuvuzelas are the fan giveaway. Tickets are $5 for adults, $3 for children 12 and under. They can be purchased at Valley Fields beginning one hour prior to kickoff; credit/debit cards cannot be accepted at the stadium.

The Milwaukee Wave is back, will compete in 2021-22 MASL season