Seven stories high, above the fray of Downtown traffic, beautiful heirloom tomatoes are ripening in the bright sunlight. And many are destined to become part of a caprese salad on the menu at Milwaukee Chophouse.

Seven stories high, above the fray of Downtown traffic, beautiful heirloom tomatoes are ripening in the bright sunlight. And many are destined to become part of a caprese salad on the menu at Milwaukee Chophouse, 633 N. 5th St.

The top of a parking garage is probably one of the last places you’d expect to find raised beds filled with heirloom tomato plants. But thanks to the efforts Chef de Cuisine Calum Hastreiter and his colleagues, a thriving rooftop garden is in the works atop the Hilton Hotel parking structure. 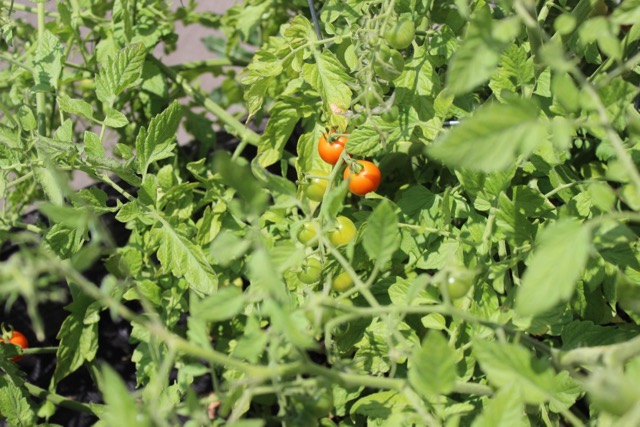 The initial rooftop garden, which harbored tomato plants and herbs, was started by Chef Nicole Booker about seven years ago. By 2015, Chef Brian Atkinson took the the idea and expanded it by adding a section of raised beds at 6th and Green, the courtyard between the hotel and parking garage. In the years that followed, the rooftop garden was allowed to go fallow in favor of the gardens in the courtyard.

But beginning this spring, Chef de Cuisine Calum Hastreiter, who grew up gardening with both his grandmother and father, decided to revive the rooftop garden. He and his kitchen staff revived the soil in the two raised beds and planted a combination of standard and heirloom varieties of tomatoes.

"We tried planting our tomatoes in the courtyard, but they weren’t doing well due to a lack of sun," he says. "People have this misconception that you need a lot of space for a garden, but you really don’t. We don’t have a lot of square footage, but the beds get sun all day long, and there’s a bit of wind, so the trunks of the tomato plants are thick and strong." 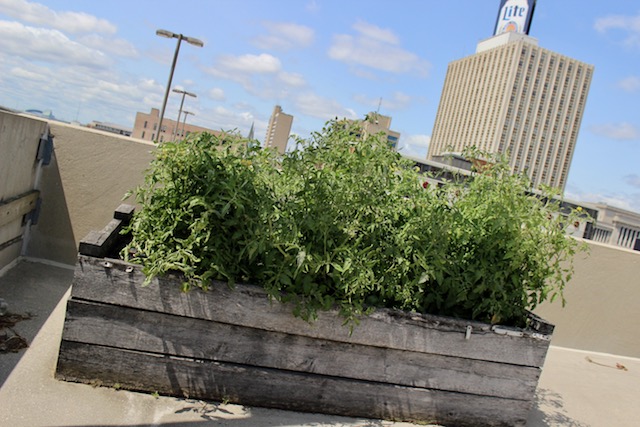 "This year has actually been somewhat of a pilot," he says. "But next year, we’re planning to expand on the concept, maybe adding additional vegetables. One of the issues we’ve experienced is that we don’t necessarily have enough pollinators finding our plants, so we’re looking into the possibility of adding a small apiary. We’re also looking into rainwater collection as well as creating compost that we can use to fertilize that gardens." 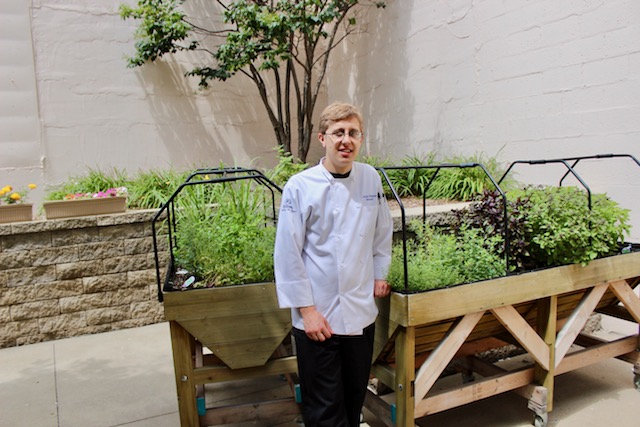 Hastreiter says most of the plants will be used for specials, which will be featured on the Chophouse menu. For instance, arugula and edible blooms are currently being used to augment a grilled watermelon salad. 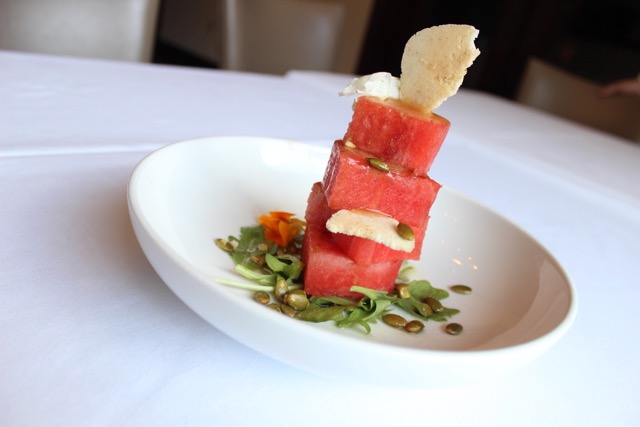 Meanwhile, a variety of fresh herbs are being incorporated into the maitre de butter served with the restaurant’s steaks. As the tomato harvest reaches its peak, Hastreiter says they will also be adding caprese salad and salad nicoise to their late summer menu. Tomatoes will also be a feature at upcoming dinners.

"It really changes the way you look at menu creation when you have really fresh produce right outside of your door," says Hastreiter. "I’ve also found that it’s a great way to get the other cooks involved. We all take turns caring for the garden, and it’s really provided a great deal of inspiration. They’re all thinking and contributing to the different specials that we serve."

"It just goes to show that you can create a garden just about anywhere and have fresh produce all season long," he adds.