It's a great weekend to watch soccer. If you want to experience the splendor and passion of the world's most popular game, the Torrent is playing the home opener of its inaugural season on Saturday at Uihlein Soccer Park.

It’s a wonderful weekend for the beautiful game, and Milwaukee soccer fans will have no shortage of captivating games and great local spots at which to watch them.

The COPA America Centenario continues – with the 1-1 U.S. men’s national team set to face Paraguay in its third and final group-stage match – and the UEFA European Championship begins, with that continent’s top countries competing in the premier international tournament not called the World Cup. You can enjoy those contests at places like the Nomad, which is hosting Futbol Fest, the first of its three summer block parties; the Brit-tastic Red Lion and Three Lions pubs; the always excellent Highbury in Bay View; the fun up-and-comer Moran’s Pub in South Milwaukee; or any number of other good soccer bars.

But if you want to do more than just watch TV, if you really want to experience the sights and sounds of the splendor and passion surrounding the planet’s most popular game, if you want to witness a small slice of this city’s sports history, the Milwaukee Torrent is playing the home opener of its inaugural season at 3 p.m. on Saturday at Uihlein Soccer Park. You should go.

There will be flags and banners waving, chants and songs ringing, local and imported stars playing and a determined German coach/owner who wishes everyone would care a little more about the only professional soccer team in the area. 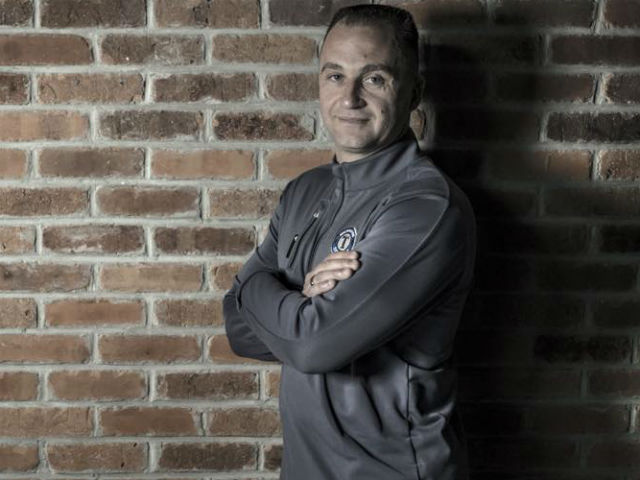 Andreas Davi’s Torrent, founded in 2015, kicked off its first season last month, competing in the National Premier Soccer League, which is generally considered to be at the fourth tier of the American Soccer Pyramid. The Torrent is the first pro soccer squad in Milwaukee since 2004, when the Wave United folded. Prior to that, the Rampage competed from 1993 through 2002. Both of those teams also played at Uihlein, whose 7,000-seat KOHLER Engines Stadium field, located at 7101 West Good Hope Road, will host the visiting Minnesota TwinStars on Saturday.

Composed of paid players – Davi emphasizes this – mostly from Wisconsin or with connections to the state, the Torrent started practicing in April and played a string of friendlies against local colleges and clubs before its regular-season debut at Minnesota. Despite an underwhelming display in preseason, which prompted some negative feedback on social media that Davi says he disliked, the Torrent have opened the campaign with two wins in its first two matches.

On May 21, it went on the road and beat the TwinStars 2-1, getting goals from midfielder Drew Ruggles and forward James Weber. Two weeks later, Milwaukee traveled to Chicago and routed the Mustangs, 4-0, with balanced scoring courtesy of defender Austin Hoecherl, midfielder Declan Rodriguez, forward Nemanja Medic and another tally by Ruggles.

Davi is particularly excited about the addition to the team of Ruggles, who last year won a championship with the Rochester Rhinos in the third-tier United Soccer League. Ruggles, whose contract was not extended by the Rhinos, played indoors for the Wave last season. He decided to join the Torrent a little more than two weeks ago, drove from his home in Virginia to Milwaukee and has made an immediate impact as a defensive holding midfielder, offering the young squad poise on the ball and experience at the professional level. 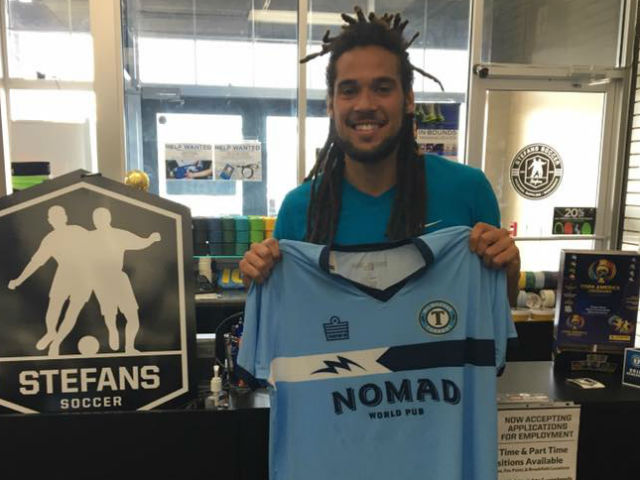 "For the organization, that’s big," Davi says of Ruggles. "It’s huge that we have somebody that wants to play for us with not really a tie to Milwaukee who was a champion with the USL. That’s a statement."

As expected, Rodriguez and Vidic have made their presences known as attacking players, while defenders Logan Fye and Chris Kurth have been stalwarts in the back.

According to Davi, the Torrent has sold 450 season tickets, which he calls "unbelievable." With the help of the supporter’s group Milwaukee Barons, he says the team has been selling merchandise "like crazy." Still, though, Davi reiterates his previous frustrations that the support from both media and the soccer community – particularly other area clubs – is disappointing. Or, as he says, "zero."

He hopes that will start to change as the Torrent plays home games at Uihlein and continues winning. Davi expects to finish first or second in the four-team NPSL Central Conference but says, "My goal is to win this thing."

On Friday evening at 6 p.m., the Torrent will throw a Kickoff Party hosted by Brenner Brewing Company, which, in conjunction with the Barons, has been a sponsor and supporter of the team.

"It’s all great," Davi says of the event and the buildup to the home opener. "It’s fun."

For information on the team and tickets, go to the Milwaukee Torrent website.

The Milwaukee Wave is back, will compete in 2021-22 MASL season