Milwaukee Brewing Co. didn't need to add another IPA to its portfolio, which already includes a few varieties. But the more the merrier, right? And don't worry about duplication, because the new MKE IPA and Hop Happy are not especially alike. This new IPA comes wrapped in the new Milwaukee flag.

But the more the merrier, right?

"The era of the IPA has arrived in Milwaukee," says Milwaukee Brewing Co. CEO Jim McCabe. "As our market has matured and Wisconsin craft beer drinkers have become very savvy, there is a demand for modern flavors and experiences."

Don’t worry about duplication, because the new MKE IPA – launched in February – and Hop Happy are not especially alike. 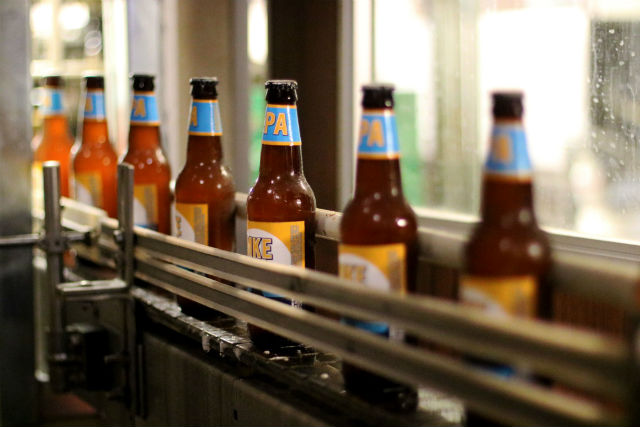 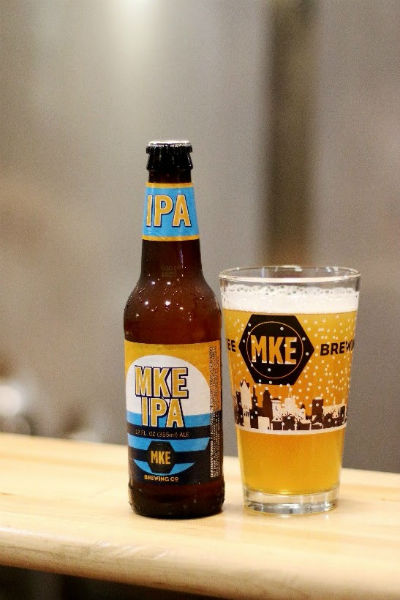 It’s blend of Citra and Mosaic hops – and a scaling-back on the malt – that boost its IBU up to 60, giving it a nice flavor profile. Hop Happy, for the record, uses a blend of Columbus, Cascade and Fuggle hops. This contrasts nicely with the sweetness that Hop Happy gets from the addition of oats to the mash.

While both boast a citrus quality, the juicy new IPA boosts it, with hints of grapefruit as well as other tropical aromas like mango.

"As beer geeks ourselves, we are constantly experimenting with new flavors, trying other beers, etc.," says McCabe.

"Over the last six months, our talented brewing crew each put together an IPA that was their personal favorites. We whittled it down to the MKE IPA recipe, which incorporates and features Mosaic and Citra hops. These are newer varieties that were not even available when Hop Happy was released."