You can support local farmers and food makers without leaving the comfort and safety of your home.

We’re in the throes of the harvest season and local produce abounds at area farmers markets. Tomatoes and peppers are at their prime. Apples have ripened. And winter squash and brassicas are awaiting their first sweetening touch of frost.

But you don’t have to step outside the comfort and safety of your home to reap the benefits of fresh, locally grown fruits and vegetables. 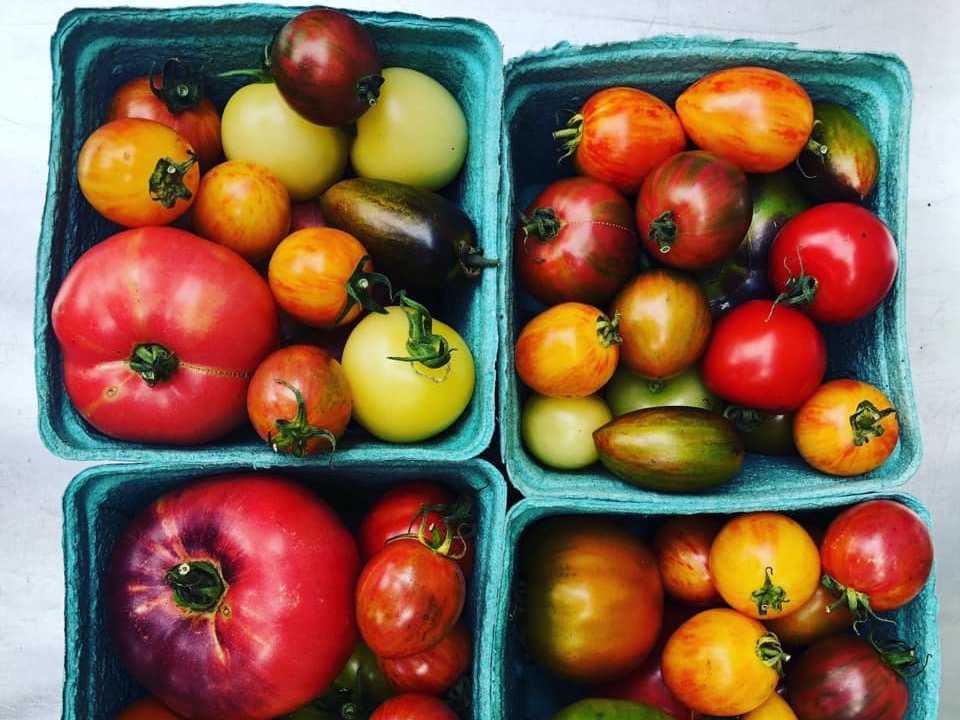 MFU was founded by Patrick Darrough, Shannon Dunne and Erik Bergstrom, three local entrepreneurs who left their corporate day jobs to pursue a higher calling. They are also the folks behind Milwaukee Microgreens, a synergistic business which produces microgreens.

Founded in early 2019, both businesses started off small; but they’ve met with notable growth and expansion as they’ve developed new partnerships with farms and local entrepreneurs and gained traction among consumers.

In fact, what started as a small fresh produce delivery business serving 10 to 12 customers now offers home delivered goods to over 150 households a week in the greater Milwaukee area. 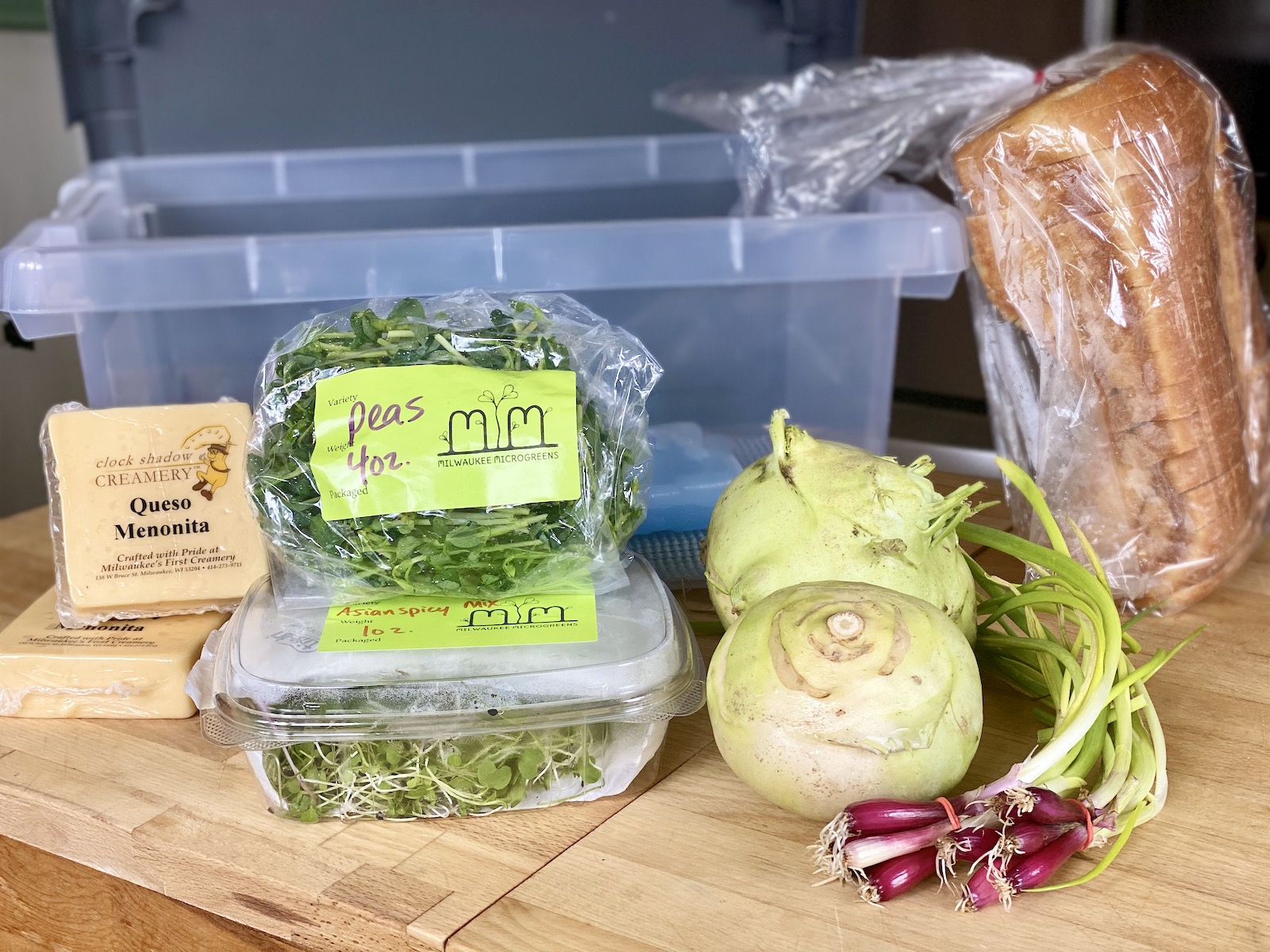 From bedroom to warehouse

It was Fall of 2018 when Darrough began experimenting with microgreens, growing them in a spare bedroom at his home. His interest in urban agriculture was piqued after leaving a corporate sales job, and he spent a fair amount of time educating himself and making connections across the urban farming landscape. His passion for the work led to the launch of Milwaukee Microgreens in January of 2019, a business which the three partners established in Menomonee Falls, but which has grown and relocated to a larger warehouse space in the Allis Building at 427 E. Stewart St. in Bay View.

Nearly simultaneously, Bergstrom, Darrough and Dunne made the decision to launch Milwaukee Farmers United (MFU), a business they hoped would further connect Milwaukee area consumers to the local farmers who grow their food.

“When we launched, we really had two goals in mind,” says Darrough. “First, we wanted to provide an easy way for folks to get access to local foods and connect with the stories and origins of the farmers and their produce. Essentially, the goal was to connect eaters to growers in a meaningful way.”

“Secondly, we wanted to help farmers,” he says. “All of the farmers I’ve ever met are among the hardest working people I know. And we saw the potential to help them make more money, get the word out about their products and even help them to scale up.”

To begin, they partnered with Groundwork to distribute surplus produce grown on their Maglio Farm in Glendale. In turn, they donated a portion of MFU’s proceeds back to the organization to support their work with the Riverwest Food Pantry. 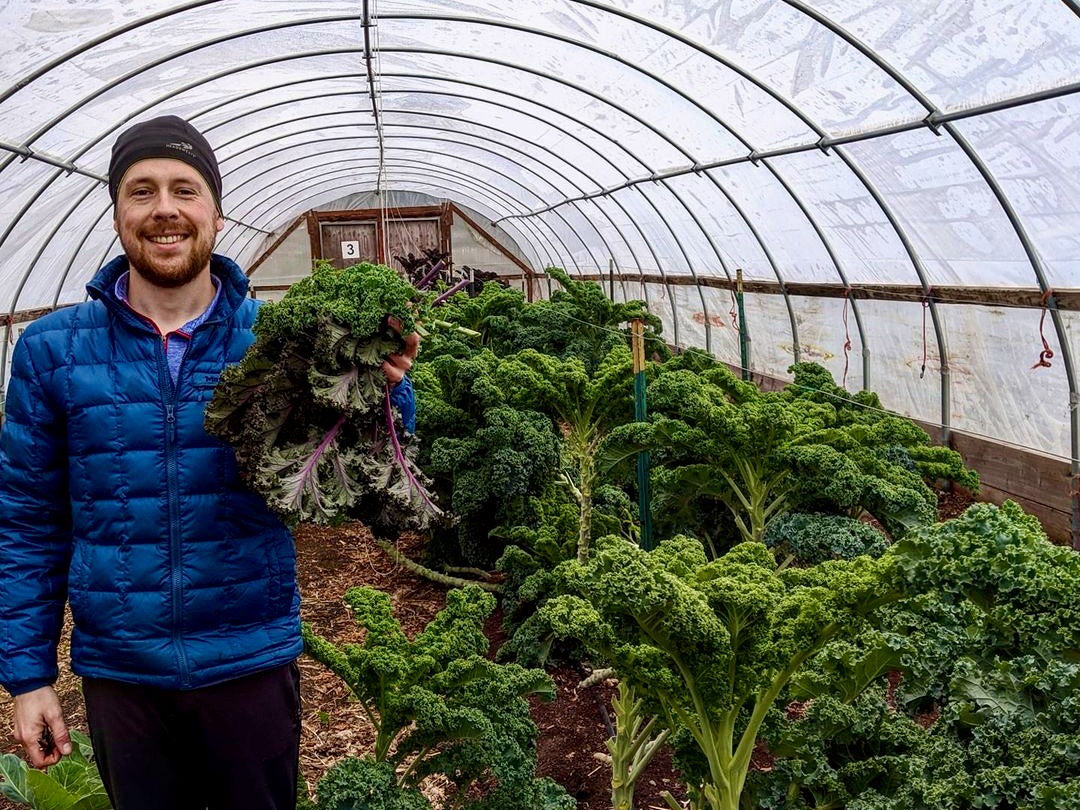 As COVID-19 hit, they saw the need for a pivot. Groundworks needed more produce to fulfill the needs at the food pantry, and Milwaukee Microgreens, which had been built largely on business from local restaurants, needed to increase their consumer sales.

“We literally went from 30 restaurants down to three in just one week,” says Darrough, noting that their solution was to ramp up their offerings through MFU and pursue additional local partnerships.

Initial partners included Produce with Purpose, Witte’s Vegetable Farm, Mushroom Mike, Pine River Dairy and Beevangelists, all local businesses which had also taken a hit due to the pandemic.

“For our regulars, what we offered made the transition into the new crazy world easier,” says Darrough.  “But, we also gained new customers. And for them, it has provided a new way to access great local food without leaving the comfort of their homes.”

Since March, MFU has diversified its product line-up to include numerous additional farms including Centgraf Farms, Baby Mama Botanicals, Brightonwoods Orchard, Lone Duck Farm and Springdale Farm (among others). 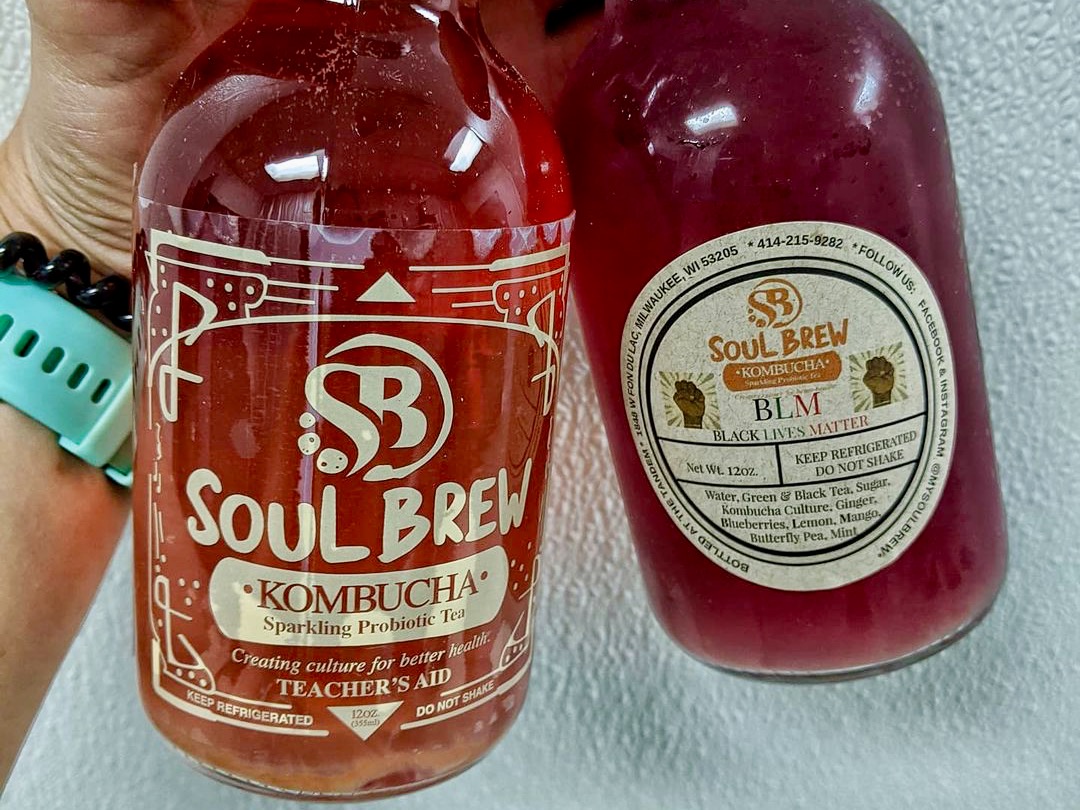 “In some cases, we’ve partnered with specific vendors to fill product niches,” says Darrough, citing their work with Tall Guy and a Grill, which sources local products and makes value-added items like compound butters, vinaigrettes and jams to sell through the MFU online marketplace.

“We’ve also been making strides in partnering with BIPOC farmers and makers and really giving them outlets for their produce and products,” he says.

Because MFU is a year-round operation, this also means that – in addition to apples, storage vegetables and hydroponic, hoop house and greenhouse produce – folks can enjoy a fresh assortment of local goods all year long.

“Our goal has never been to compete against farmers markets or CSAs,” notes Darrough. “It’s meant to complement them. We want to create access to locally produced food all year round." 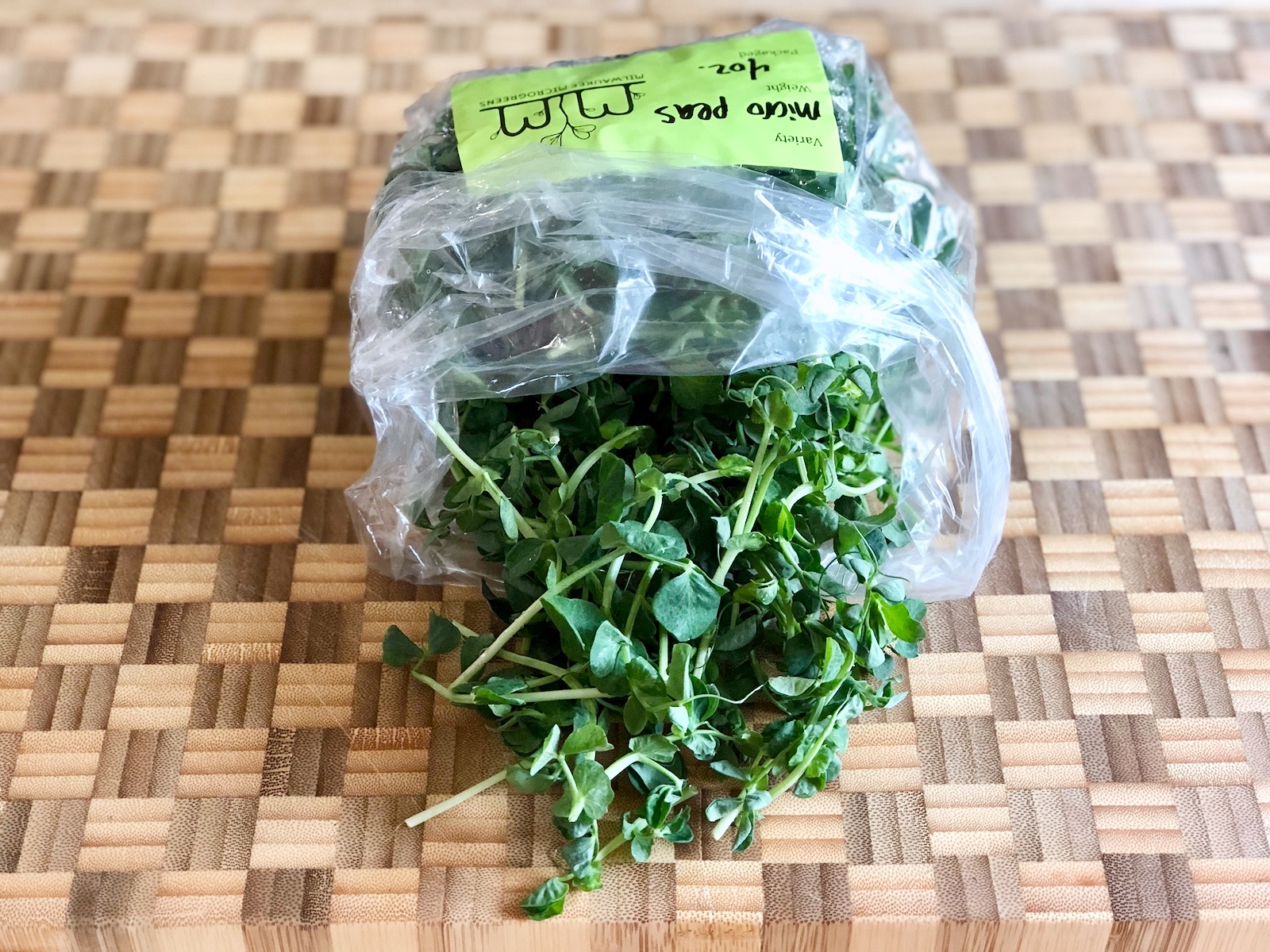 Get your produce delivered

The MFU model was built around convenience. Ordering can be done completely online with a minimum order of just $20. That includes free delivery to homes throughout the greater Milwaukee area (as far north as Grafton, as far west as Oconomowoc and as far south as Racine and Kenosha).

Deliveries take place on Wednesdays and Sundays between 10 a.m. and 7 p.m. (a text is automatically sent to you when your delivery arrives). Produce is delivered in a heavy duty storage tote (you can also leave out a cooler in which they will place your items) equipped with ice packs to keep your produce chilled. The tote can be left out for return on the date of your next delivery.

Anyone can browse the MFU online market. But when you sign up for a (free) account, you can place orders at your convenience (orders do require 96 hours notice for delivery). Signing up also gives you  access to MFU emails, which notify customers of new products, sales and ordering deadlines.