MKE Urban Stables, reportedly the first facility in the country to augment a police mounted patrol headquarters with equine-assisted therapy and community engagement programs, will break ground with a ceremony on Tuesday, April 30 at 9:30 a.m.

MKE Urban Stables, reportedly the first facility in the country to augment a police mounted patrol headquarters with equine-assisted therapy and community engagement programs, will break ground with a ceremony on Tuesday, April 30 at 9:30 a.m.

Mayor Tom Barrett, Milwaukee Police Chief Alfonso Morales and other dignitaries will be on hand at 143 E. Lincoln Ave. to kick off construction of the $5.65 million, 27,000-square foot facility on a four-acre site adjacent to the KK River Trail, just across the Kinnickinnic River from Baran Park. 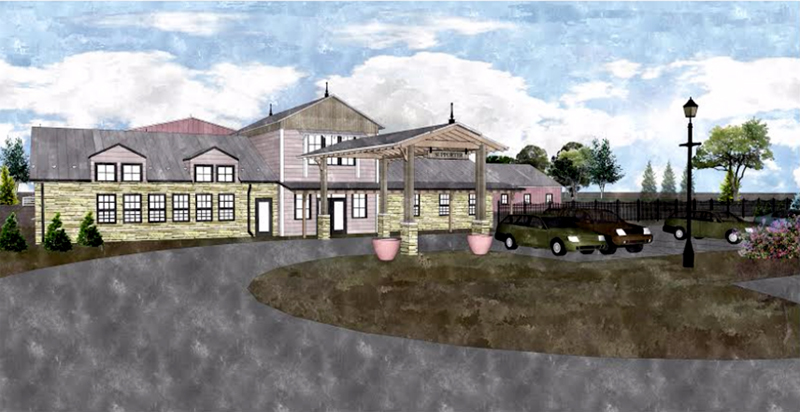 Last year, when the project was approved, we learned that the facility – which will house as many as two dozen horses (half of which are part of MPD's mounted unit) – will also offer "outreach and education programs" that are expected to reach about 5,000 children each year.

A partnership with Zablocki VA Hospital to provide equine-assisted therapy for veterans is also planned for the facility, which is expected to be completed by early 2020.

According to the Rotary Club of Milwaukee, which has donated $250,000 toward the project, the horses will receive medical care via a partnership with the University of Wisconsin's School of Veterinary Medicine.

In case of inclement weather, the ceremony will move to the following day.