From pizza to poke: A peek at the MKEats program at Fiserv Forum

Fiserv Forum will host their inaugural open house and block party this Sunday. And you'll have a chance to experience foods from the MKEat vendors. But thanks to the culinary team at Levy Restaurants and Senior Executive Chef Kenneth Hardiman, we've got a sneak peek at some of the foods you can enjoy.

Fiserv Forum is revving up for their open house and grand opening block party, which takes place Sunday, Aug. 26. Festivities begin with a noon ribbon-cutting on the plaza and will be followed by an open house during which folks can take a self-guided tour of the arena and experience the arena’s locally-focused food and beverage program, MKEat. [Get more information and (free) tickets online]

But thanks to the culinary team at Levy Restaurants and Senior Executive Chef Kenneth Hardiman, we’ve got a sneak peek at some of the foods you can enjoy. 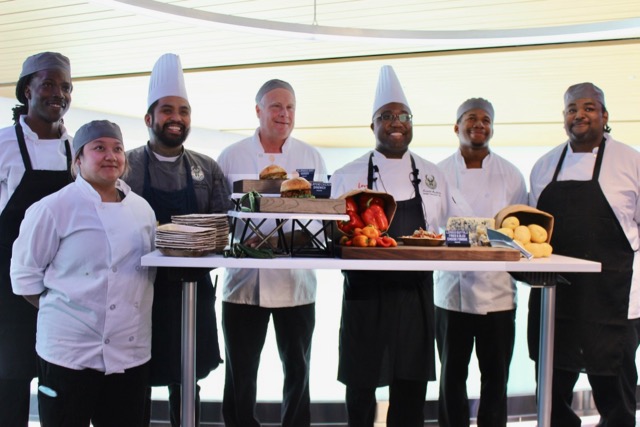 "The vendors you’ll find are the product of months and months of tremendous research, work... and lots of eating," notes Hardiman. "And each vendor will showcase not only standards from their restaurants, but also new items that have been created in collaboration with our team."

Eat it all up, Milwaukee.

This casual Walker’s Point staple will be serving up three types of tacos, including bistek, trompo and the vegetarian potato-based papas taco. 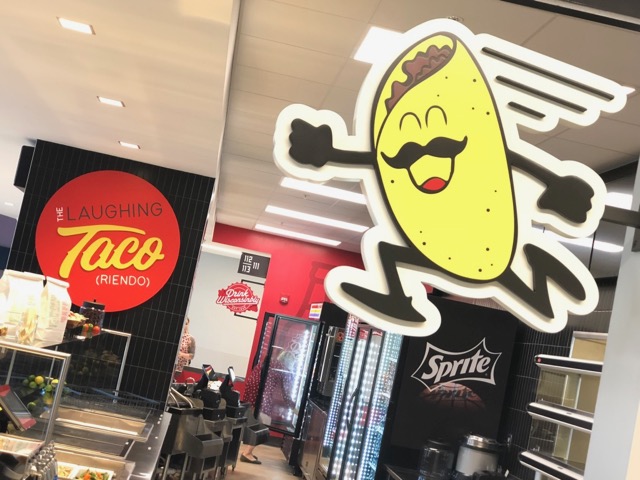 They will also be serving up an arena-only offering, chicharrones nachos. This indulgent play on nachos features crisp pork rinds topped with pickled onions, radishes, cheese, Carlisle Farm ground beef and cilantro. Pair them up with a margarita from the stand just a bit further down the concourse. 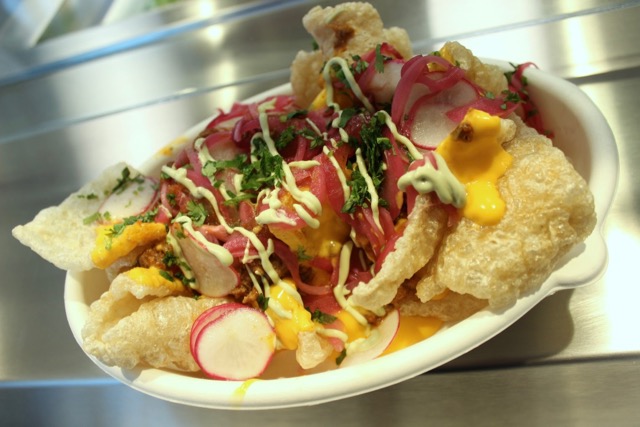 Drink Wisconsinbly will be the proud purveyor of a variety of locally made brews, including New Glarus Spotted Cow, Good City Reward Double IPA and Lakefront Brewing’s Eazy Teazy. 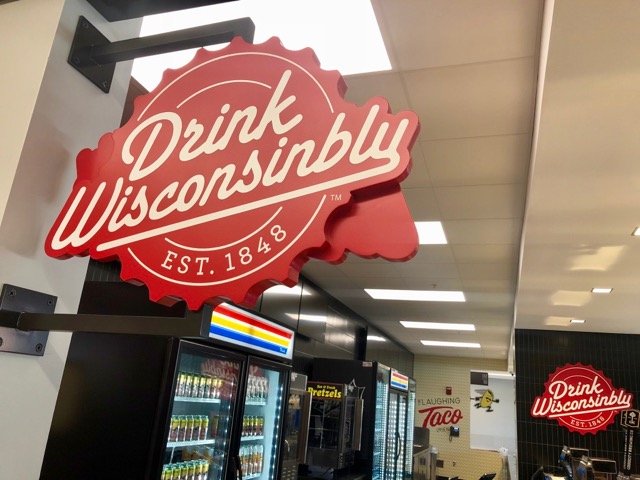 Hardiman says that local beer will also be used in a variety of dishes -- from braised meats to beer cheese sauce -- throughout the ever-evolving MKEats program.

Hardiman describes the Sobelman burger as "A craveable product that invites nostalgia among diners… from a local business that has demonstrated resiliency and defined what being a cornerstone in the community means." 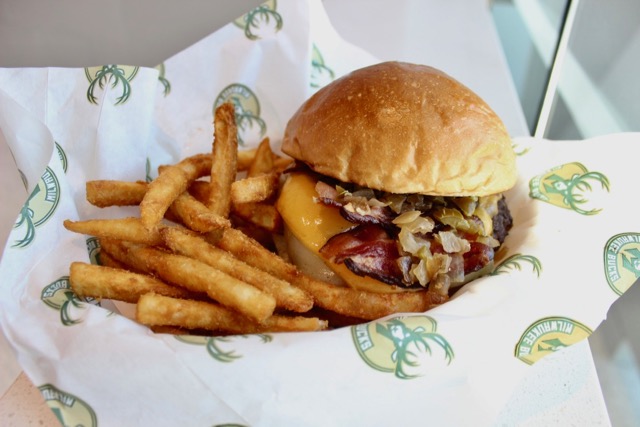 These local sausage kings will be providing hot dogs, bratwurst and two specialty sausages created just for the arena. The first is this uncured cheddar and beer Polish sausage, which is served up on a toasted split roll. 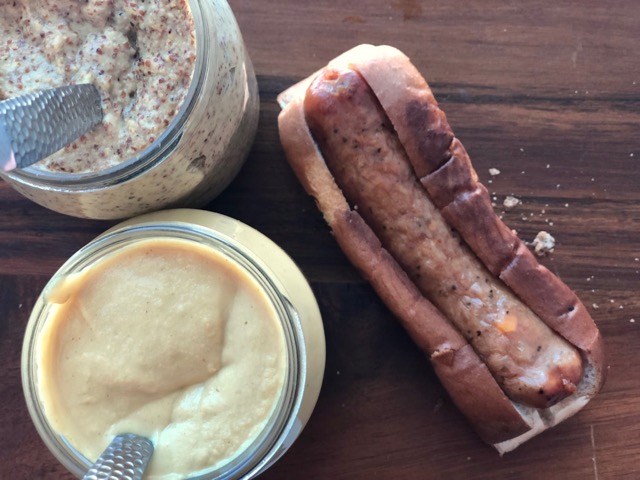 The other is a Buffalo chicken sausage which is grilled, finished with butter and served on a split-top roll with blue cheese slaw and green onions. This sausage will be available at the Goldrush chicken stand just down from the Klement’s kiosk. 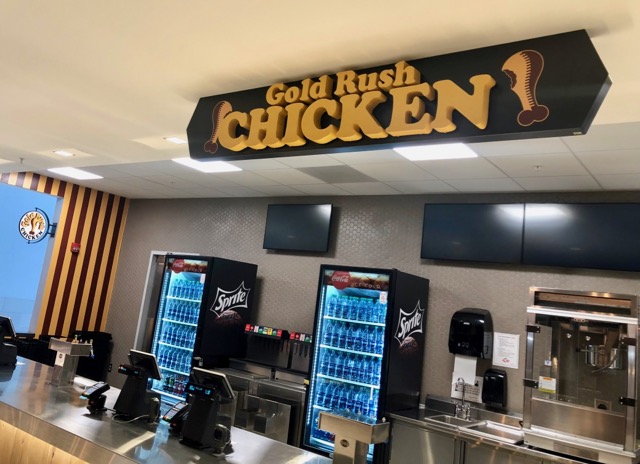 This new concept will feature three types of pizza made in house: cheese, hand-carved pepperoni and a rotating special. First up is a Wisconsin bratwurst and beer cheese pizza… because what says Milwaukee better than that? 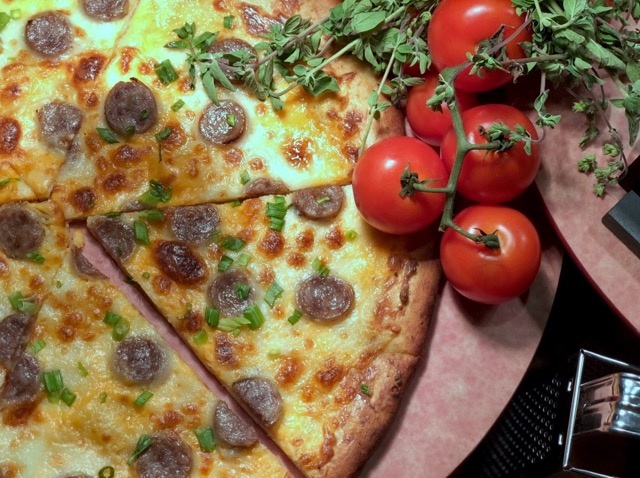 Craving barbeque? Look no further than the adorable piggy. 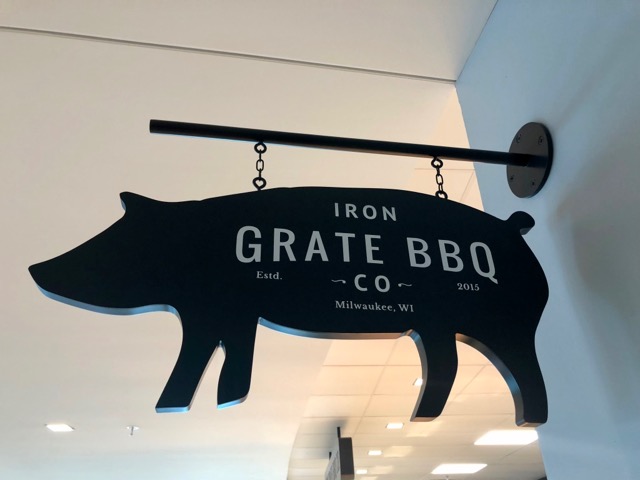 Milwaukee's own Grate BBQ Co. will be serving up a variety of specialties including a new collaboration called Loaded BBQ Debris Chips. This play on nachos features chopped smoked chicken, pork and beef, nacho cheese, pickled onions, a bit of bright South Side drizzle, a shake of Grandpa Seasoning and some green onions for good measure. 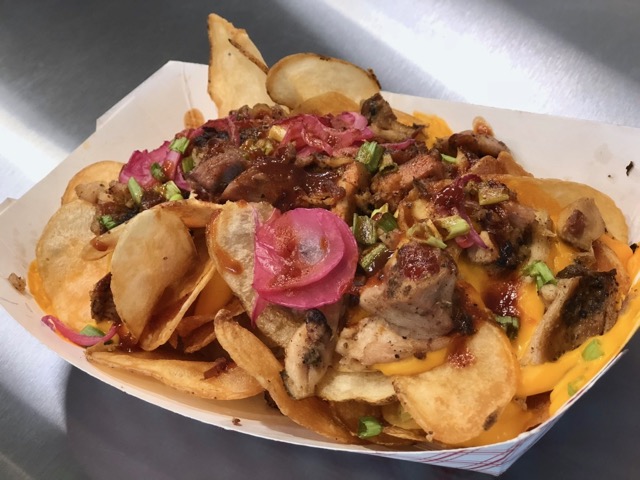 Milwaukee’s homegrown sub shop has been serving up freshly baked bread and delicious sandwiches since 1972, and now they’ll be doing so in the arena. The Cousins Subs stand will feature three subs throughout the season including the Turkey Club. 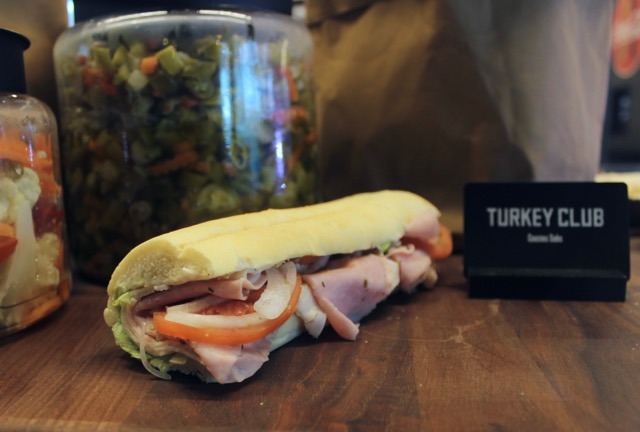 Meanwhile, on the upper concourse, you’ll find lighter, healthier options, including poke bowls from Milwaukee’s hometown poké restaurant, Freshfin Poké. Available bowls will include their Ahi tuna, coconut curry shrimp and the vegetarian Zen Bowl (vegetarian). There will also be one rotating special. Each will be served with a choice of sushi rice or mixed greens. 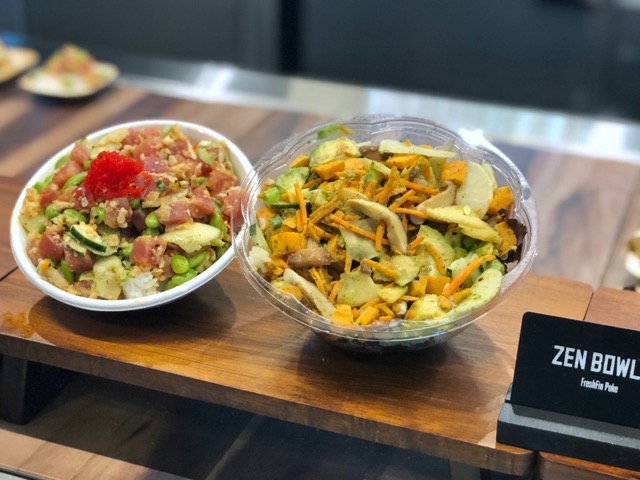 On the oh-so-Wisconsin side, there’s Say Cheese, a kiosk specializing in grilled cheese sandwiches and other cheesy delights. Among them is BBQ macaroni and cheese made with house-smoked pork, pasta shells, Sargento cheese sauce and a touch of green onion. 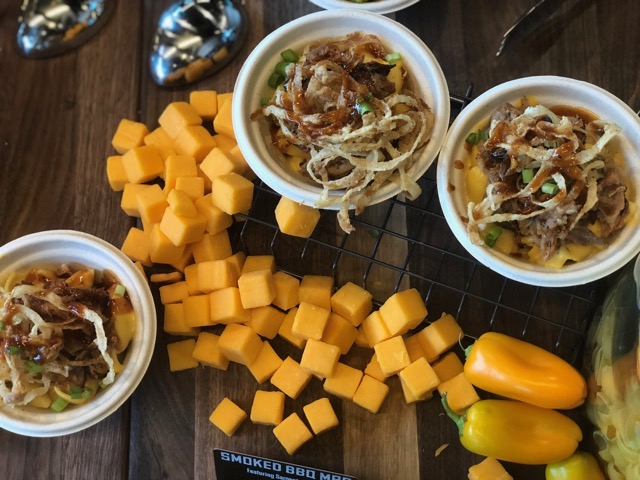 You’ll definitely want to take in the views from this top floor mezzanine which is open to all guests of the arena. You’ll have a view of the court on one side and a fantastic city scape on the other. 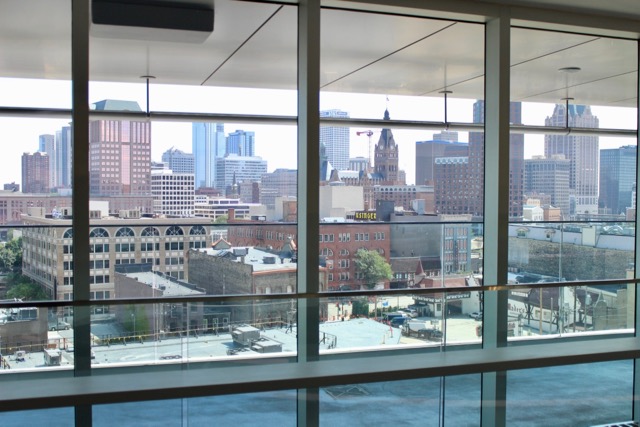 Among the menu offerings at the Panorama Club are the brat patty sandwich, a hometown take on the classic burger. 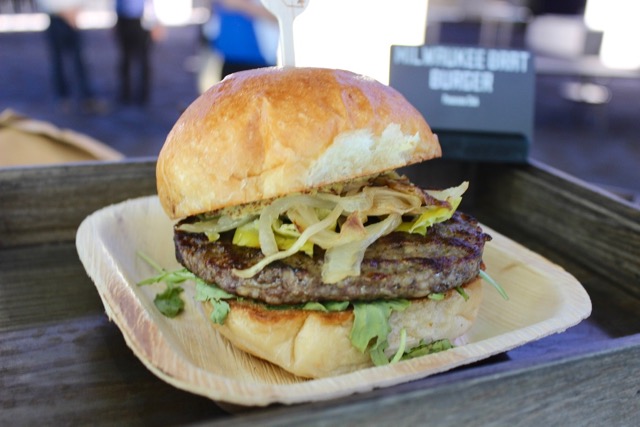 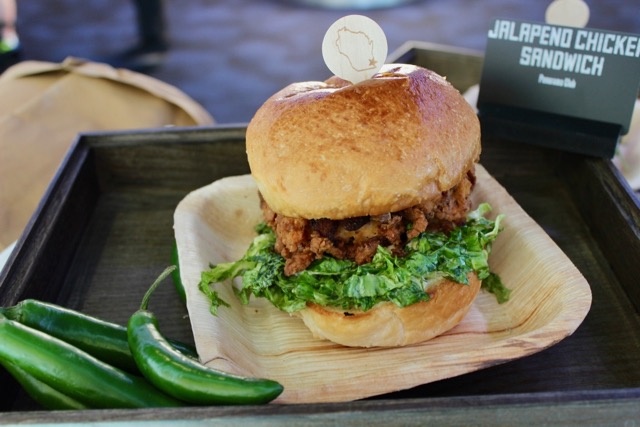 And if you’re looking for an indulgent snack, there’s always the loaded Buffalo fries and bleu cheese fondue. 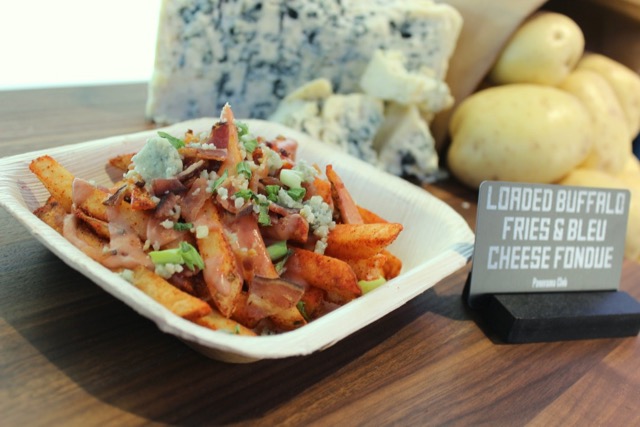