My morning commute reminded me that construction crews appear to be busier than ever in Milwaukee, especially on the northeast end of Downtown and the East Side.

It's easy to be wowed by the high-profile construction projects Downtown, like those at Northwestern Mutual and 833 E. Michigan St., as well as the new Kimpton Hotel in the Third Ward.

But my morning commute reminded me that construction crews appear to be busier than ever in Milwaukee, especially on the northeast end of Downtown and the East Side.

So busy, in fact, that earlier this week at a meeting about an upcoming construction project, one of the planners pointed out that the cost has shot up way beyond initial projections.

That's due, in part, to concrete shortages – think Zoo Interchange and related projects, as well as those big Downtown developments, and other regional demand – but also to the fact that it's getting harder and harder, he said, to get contractors to even bid on a project because they're in such demand. And we know what demand does to prices.

Anyway, this morning, between one of my daily stops and another of them, this is just a snapshot of what I saw. (Note: I also passed the nearly complete and quite impressive looking Sojourner Family Peace Center on 6th and Walnut but couldn't stop for a photo.)

Had I taken a slightly different route, there would be even more images like this. Damn, Milwaukee is busy. 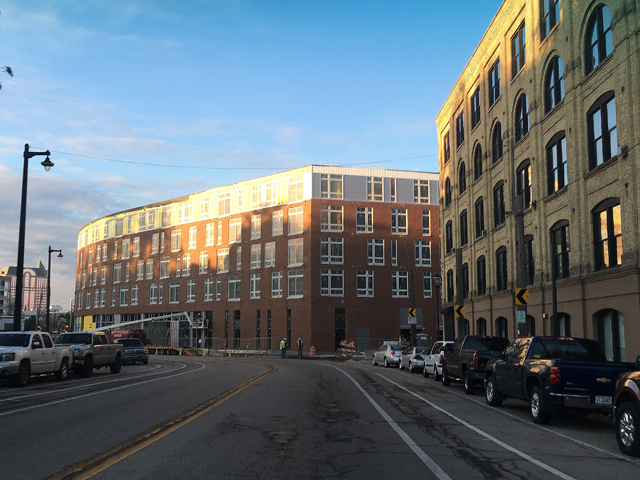 The latest phase of this project, which includes a Fresh Thyme supermarket and more than 160 apartments, is changing the face of this stretch of Water Street. 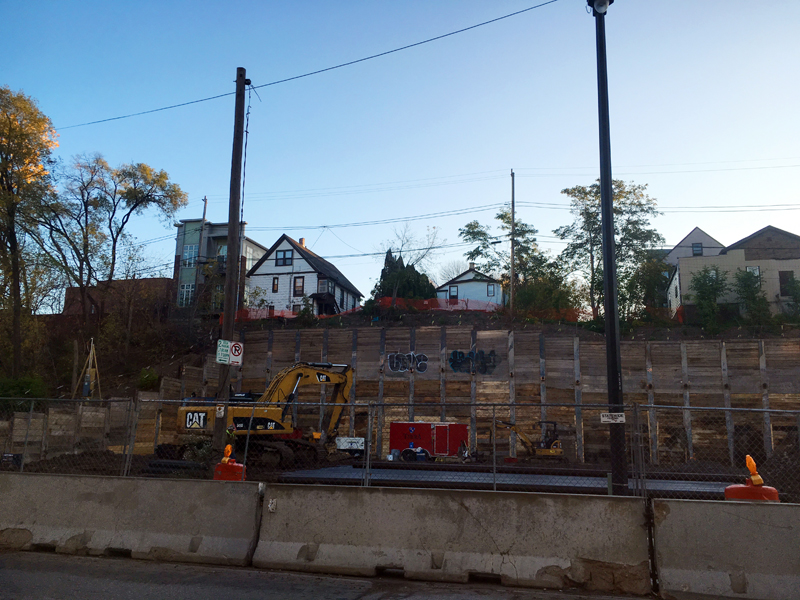 Right across the street, New Land is putting up nearly 150 apartments on the site of a former tavern and some vacant lots. 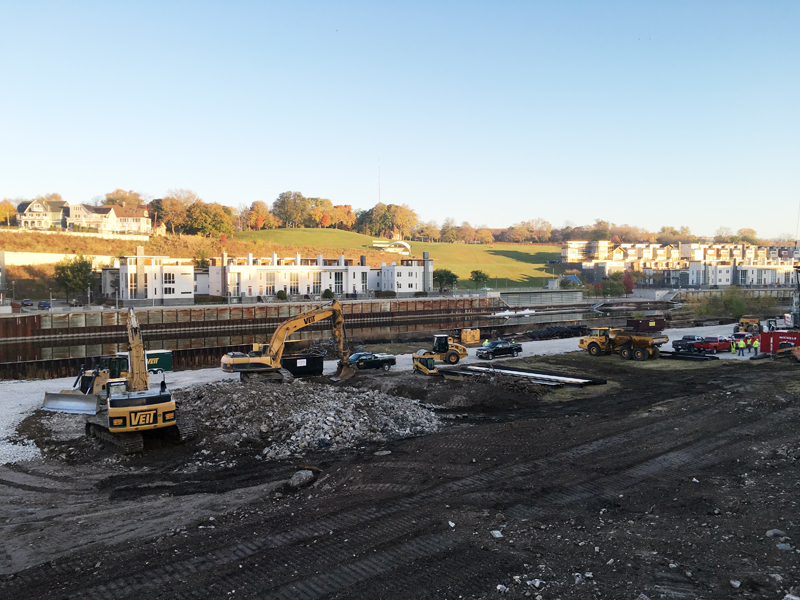 A pair of four-story buildings on the site the old Gallun Tannery, right along the left bank of the Milwaukee River, will add another nearly 250 units. 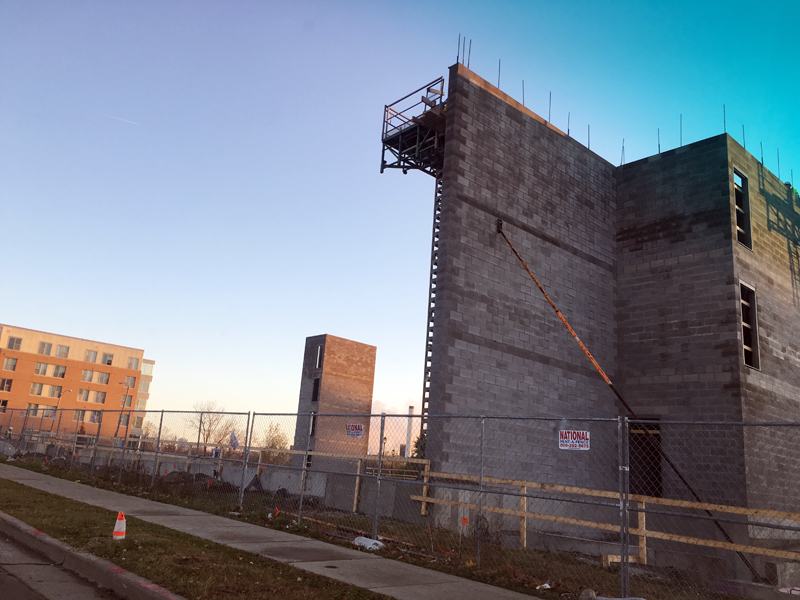 Forty-six apartments and a climbing gym overlooking the Milwaukee River in Riverwest; it's been going up quite quickly the past couple weeks. 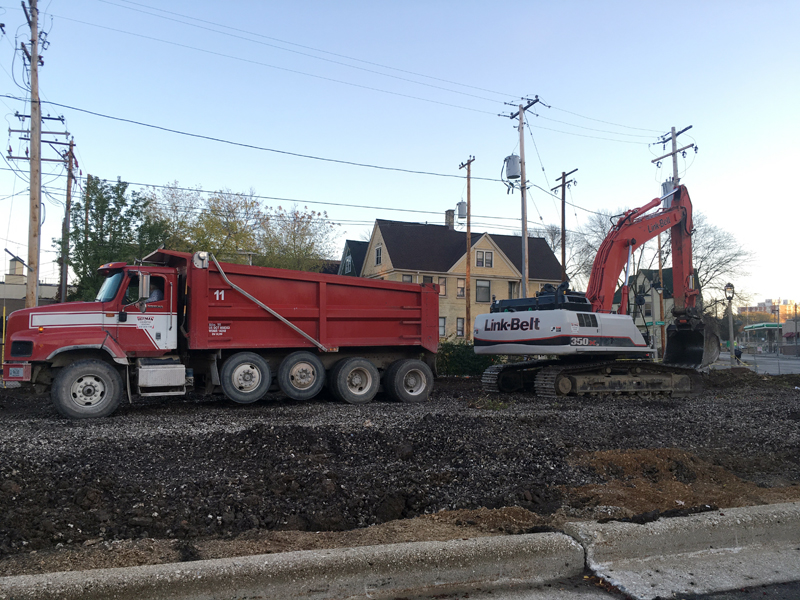 A Chicago developer is building 53 apartments on Thomas, between Farwell and Murray, and has plans to add another one in the space between it and the U.S. Bank to the south.

Other projects, like one on the old Habhegger site are coming soon, too.