MobCraft has provided yeast collected at the former Falk Brewery site to Madison's Working Draft Beer Company to create the first of two collaboration brews concocted by the Wisconsin breweries.

The great traditions in beer lead brewers to explore new ways of uncovering the old ways and the old flavors.

One such method is the attempt to capture heritage yeasts that will give impart the the flavors drinkers enjoyed in the beers of past, opening a window into what the drink meant to our ancestors.

Plus, the hunt can be fun.

You can read a more in-depth piece about that beer and the yeast collection process (with photos) here.

Now, MobCraft has provided the yeast to Madison’s Working Draft Beer Company to create the first of two collaboration brews concocted by the Wisconsin breweries.

Teetotaler's Temptation, a 4 percent ABV pre-Prohibition style lager brewed at the end of February with the Falk yeast, will be available on draught in the MobCraft and Working Draft taprooms.

"The inspiration for the collab was an opportunity to create a pre-Prohibition style lager using a yeast strain that would have actually been in use by local brewers at the time," says Gierczak,who is MobCraft’s co-founder and VP.

"A lot of unique local yeast strains were lost or died out during Prohibition, and when Prohibition was finally repealed, the breweries that survived had a limited selection of commercial brewing yeasts available," Gierczak explains.

Though many drinkers rarely give it a thought, yeast is a strong flavor-determining component in brewing and distilling.

Gierczak says that TT and Gier Beer are not the same brew, despite sharing the yeast strain.

"Similar, but not the same," he tells me. "The main difference is the flaked maize/flaked corn. That gives it a slightly sweeter flavor. It was also fermented at a lower temperature – 44-45 degrees F – as opposed to how we ferment Gier Bier (52 degrees F). This takes a longer time. You'll get a more pure expression of the malt and less of the yeast flavor, which is a signature of Gier Bier."

Thanks to that corn sweetness and a solid hop backbone, TT is a perfect crisp lager for the warm days.

"Each brewery wanted to brew a beer with all Wisconsin ingredients, including the yeast," says Gierczak. "The beer was brewed at Working Draft on their system, using their ingredients. MobCraft contributed the yeast." 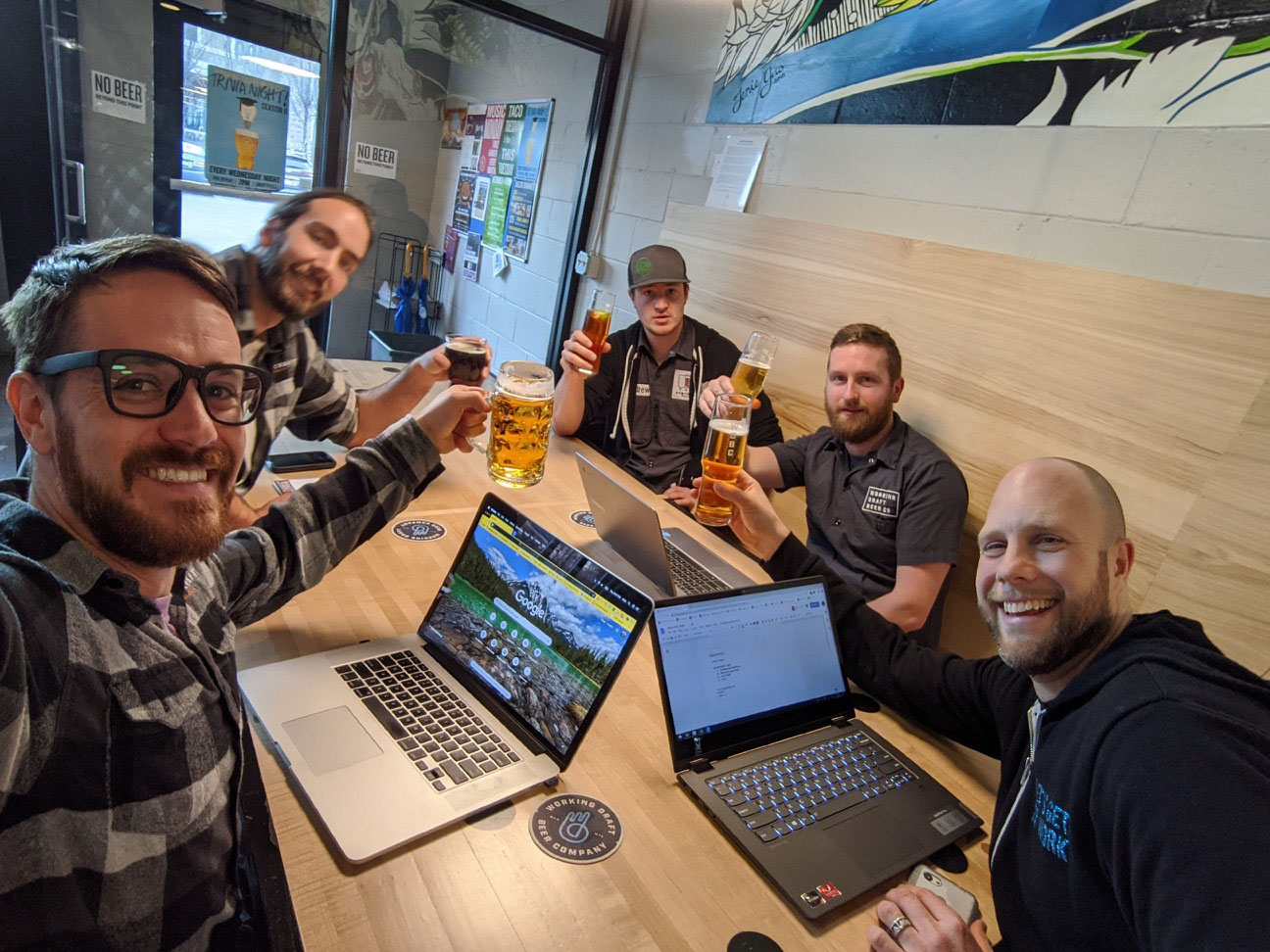 Gierczak was on hand in Madison for the brew day (pictured above, courtesy of Henry Schwartz).

"It felt like we were taking a step back in time. Being able to pull from Wisconsin's rich brewing history to recreate a beer using only Wisconsin ingredients with yeast that the team at MobCraft plucked from the Falk Brewery lagering caves really made me proud to be a Wisconsinite," says Working Draft CEO and owner Ryan Browne.

MobCraft will tap its share of Teetotaler’s Temptation on Saturday, June 6, selling it on draught at $6 for a 16-ounce Beer Buddy or $12 for a 64-ounce growler fill (growler glass is an additional $5).

Crowlers from Working Draft ($12 for a 32-ounce crowler) will be available Wednesday-Sunday by appointment pick-up or online order.

As for what the next collaboration between the two will be ... you’ll just have to wait. They wouldn’t even give us a hint.