MooSa's, the brand new burger and custard stand at 2272 N. Lincoln Memorial Dr., will officially open its doors for the season on Friday, June 14.

MooSa’s, the brand new burger and custard stand at 2272 N. Lincoln Memorial Dr., will softly open its doors for the first time on Friday, June 14.

The stand, which was operated by The Bartolotta Restaurants as Northpoint Custard for nearly a decade, was turned over to the Musa family, owners of Casablanca locations on Brady Street and in Brookfield, for the 2019 season.

The menu is still (somewhat) under wraps, but it will include an assortment of burgers, fries, fried cheese curds and wings along with frozen custard.

Among the offerings, the MooSa Burger will be the stand’s signature. The slightly oversized burger is made with custom blended beef from Pritzlaff Meats and comes on a custom Sciortino’s roll topped with mozzarella, American cheese, tomatoes, raw onions, pickles, ketchup, mustard and MooSa sauce ($6.75). 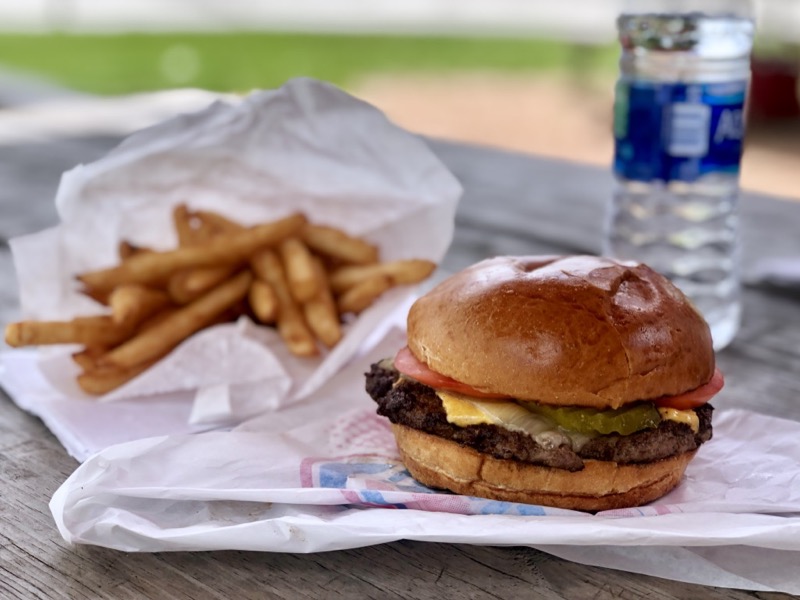 Moosa’s operator, Nas Musa, says he’s had a great time with the planning process for the new venue, the name of which he says took inspiration from the exaggerated pronunciation of his name, which children often used to taunt him in elementary school.

"They’d walk around saying ‘MooooooSa’ to me," he says with a chuckle. At that time, of course, he had no idea that the name would be a more than appropriate moniker for the "restaurant painted like a cow" on Milwaukee’s Lakefront.

"We’re excited to open," he says. "I’m enjoying this process so much ... from putting together the logo and creating the brand to designing the menu. Casablanca was founded by my father, but this was fun because we got to build it from the ground up."

Musa says he owes a debt of gratitude to the late Joe Bartolotta, who took the time to walk Musa and his crew around the custard stand.

"He really prepared us for what to expect. He advised us against getting too creative with the menu, and he shared tips about hiring and scheduling employees, especially on rainy days. He also warned us that the custard machines were going to run 24/7."

"It was clear how much the place had meant to him," Musa continued. "Before he left, I remember him looking around the property, and I remember him saying: ‘‘I built this ... It’s an emotional day for me.’"

"We’re going to do that legacy justice," Musa says.