It's a sweet day for the South Side of Milwaukee. After all, the much anticipated Mor Bakery & Cafe has quietly opened its doors on the north end of the Lincoln Warehouse, 2018 S. 1st St., in Bay View.

It’s a sweet day for the South Side of Milwaukee. After all, the much-anticipated Mor Bakery & Cafe has quietly opened its doors on the north end of the Lincoln Warehouse, 2018 S. 1st St., in Bay View. 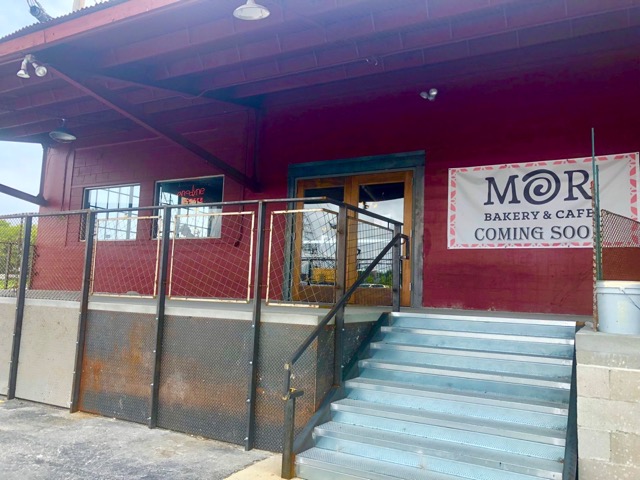 If you’ve been one of those lucky enough to have already paid a visit, you know first hand how beautiful the new venue is and how the relatively non-descript warehouse exterior belies the warm, bright space that lies inside. 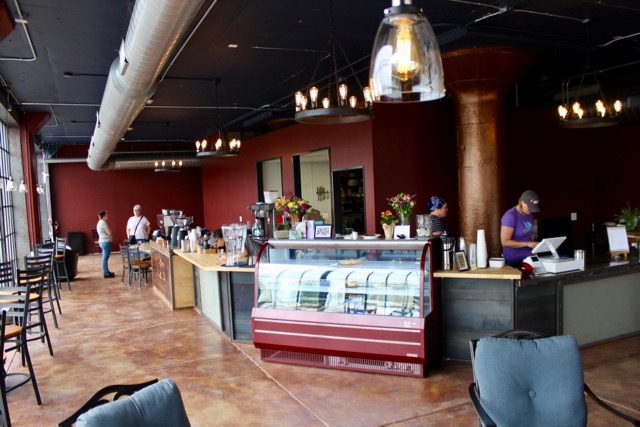 Beautiful floor to ceiling multi-paned windows line the north side of the space, filling it with natural light at any point in the day. And there’s a warm, inviting vibe that’s fueled not only by the environment, but also the staff, including Katy Poznanski, one of the smiling face likely to greet you when you enter the cafe. 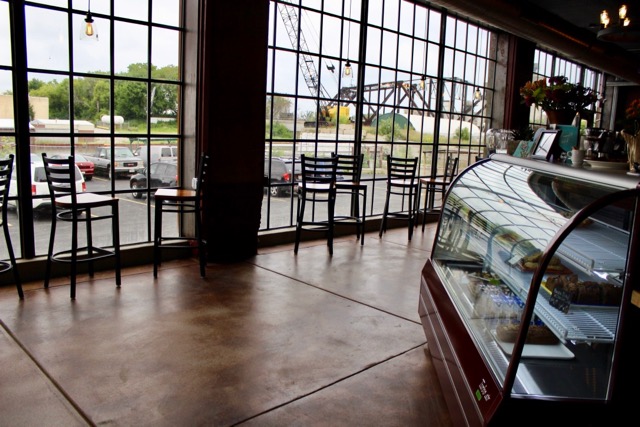 There are also little personal touches, like the photograph of Morgan-Hoernke’s son August (who prompted her foray into gluten-free baking), which is sidled up next to an artful presentation of dry ingredients – from millet and buckwheat and chia seeds – all among the healthful components used in her baked goods. 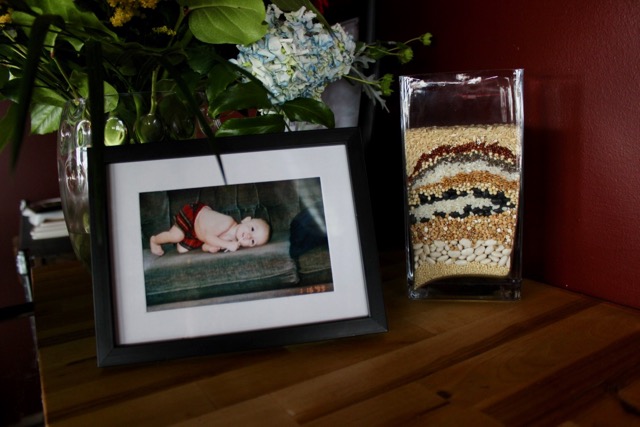 There’s also a glass jar on top of her cold case which contains a collection of beautiful rocks – all filled with memories and meaning – each gifted to her by friends from their travels across the world. 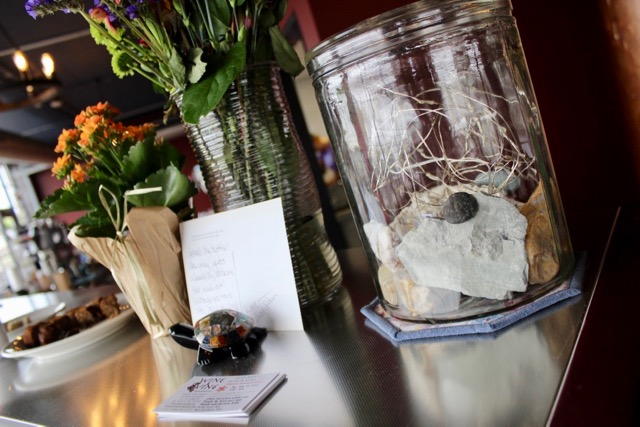 "I’ve always wanted to make a place where you just want to come, and sit, and be," says owner Traci Morgan-Hoernke, noting somewhat apologetically that the space is still a work in progress.

Custom tables made by Ryan Strycker of Vision Design, also the general contractor for the space, are due to arrive any day now. And there are little things, like additional outlets, signage and operational procedures, which are still being worked out. Morgan-Hoernke says she’d also like to pull together a collection of art from local artists to hang on the walls.

Even without some of the final niceties, the bakery has already generated a pretty impressive buzz, particularly among those in the Celiac community.

Mackenzie Johnson, who was diagnosed with Celiac Disease nine years ago, says Mor is a great addition to the city of Milwaukee, particularly for those who avoid gluten for medical reasons.

"Avoiding gluten has gotten increasingly easier over the years in Milwaukee," she says. "But you still have to be really careful. Restaurants here are generally really accommodating, and the choices have grown so much over the past few years. But you’re always taking a risk.

"And that’s what’s nice about a place like this. Not only do her products taste really, really good, you can feel really really safe because it’s a dedicated gluten-free kitchen. She’s been so transparent with her sourcing, and she’s able to answer so many questions and address any concerns people have about ingredients."

However, while the bakery specializes in gluten-free treats, Morgan-Hoernke says her goal is to produce flavorful high-quality items that appeal to not only those seeking glutenless treats, but also consumers who simply appreciate delicious edibles made with high quality ingredients.

"Our banana bread tastes great," she says. "But it’s also nutrient dense. It has chia seeds, teff, brown rice, buckwheat … there’s also a pound of bananas in every loaf, which comprises much of the sweetness. It also happens to be vegan." 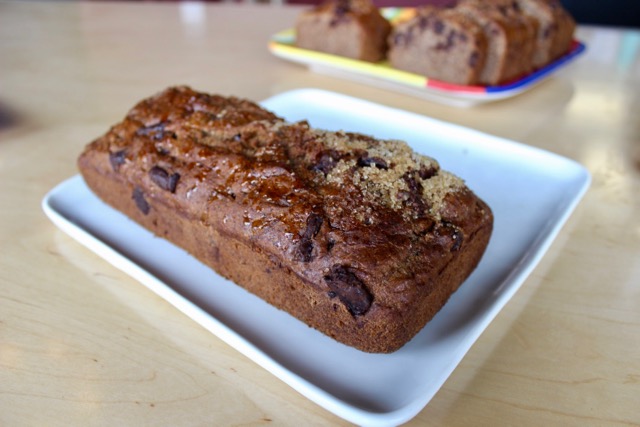 In fact, what you will find at Mor are functional, nutritious treats that will appeal to just about anyone who cares about the ingredients they’re putting into their bodies. 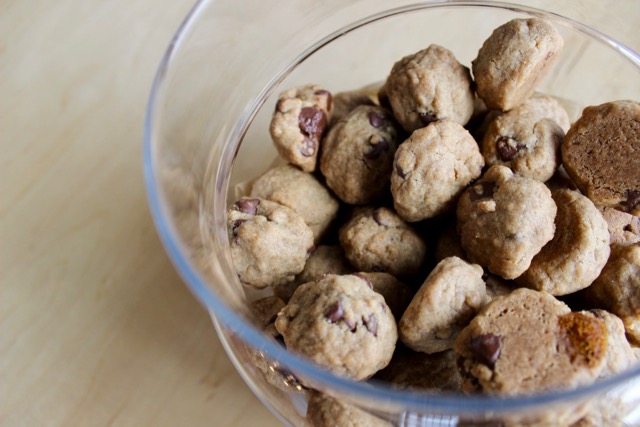 There are also individually sized fruit crumbles in flavors like Door County cherry and Georgia peach. 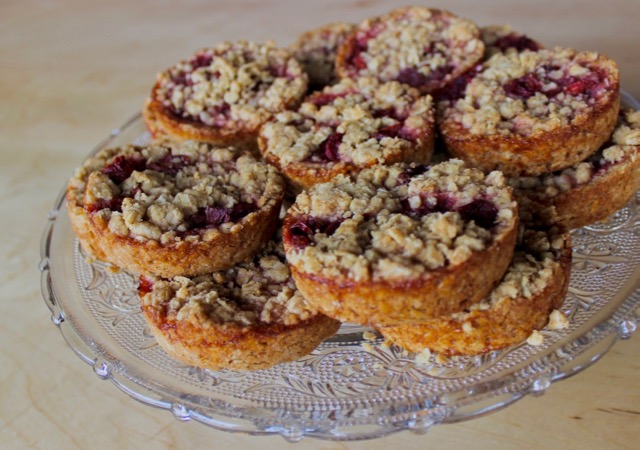 Some items, like the gluten-free rice krispie treats, will taste familiar and comforting. Other items, like Morgan-Hoernke’s take on Swedish almond cake with lingonberry jam topping, are more unique.

"I’ve never been the one to bring the pretzel salad or the pistachio fluff to a family function," she says. "Everything I do is a little bit different. It’s part of the reason why we are liberal with our samples. I want people to taste things … and it’s not just because we’re new. We’re introducing people to things that are unique to us. We’d love to make the majority of people happy, but we also realize that we’re doing things differently and it won’t be everyone’s jam."

Guests will also find a full range of Anodyne coffee offerings, from espresso to drip coffee, as well tea and unique beverage offerings like bissap, a Sengalese hibiscus tea that offers notes of tart raspberry and cranberry. 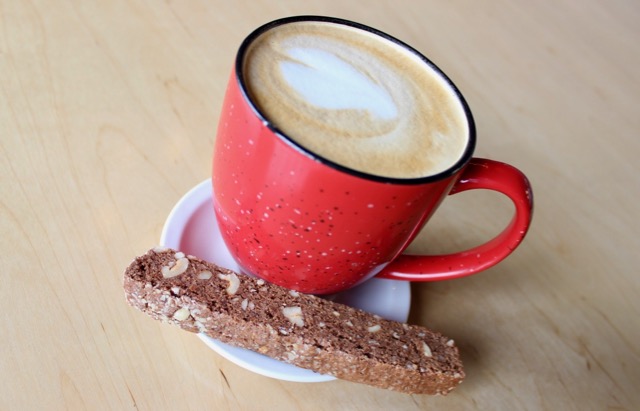 But guests shouldn’t be afraid to try something new. Pricing at Mor is incredibly affordable, with most single items priced around $2, and more labor intense items topping out at $5. (Some whole desserts, like loaves of banana bread, are also available.)

"Gluten-free items aren’t always this affordable," notes Johnson. "I just bought two boxes filled with bakery for $9. And that’s impressive. It’s so nice that you don’t have to completely break the bank to give yourself a treat."

Moving forward, Morgan-Hoernke says she’ll be adding an expanded selection of bakery as well as grab and go items that are appropriate for lunch or a snack. But she’s not in a rush to stock her cases.

"I want to grow our offerings organically," she says. "I don’t want to just make anything just for the sake of making it. I want to make things our customers want, and that we can do really well. We’ve kicked around a lot of ideas, and we’re likely to experiment with a lot of different things."

Sounds to me like a good reason to visit regularly.