You want butter on that? Cinema concession stands over the years

Milwaukee Film has been working on a new lobby concession stand at the Oriental Theatre for a number of weeks now and it's basically done, although the facade will be installed after this year's film festival, which kicks off on Oct. 17.

In the meantime, that work led us to dig through the Marcus Theatres archive with Leslie Heinrichs to find some great examples of Wisconsin movie theater lobby concession stands from the second half of the 20th century.

Here are some of the gems that we found... 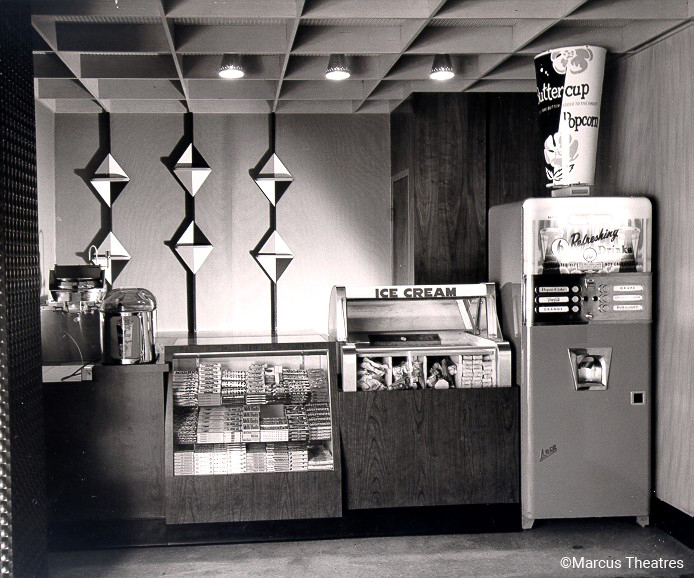 Located at 217 E. Walnut St., the Vic Theater – whose building still stands – boasts a lovely Art Deco facade added in 1929 to a venue that from 1900 to 1912 was the Green Bay Theater, and then became the Orpheum until December 1957, when Marcus took over and renamed it The Vic. In 1986, it was renamed City Centre. In the 1990s, it hosted concerts.

In addition to the cool Midcentury Modern decor, it’s got a beautifully stocked candy case as well as ice cream bars and a Buttercup Popcorn machine that collectors would likely die for. 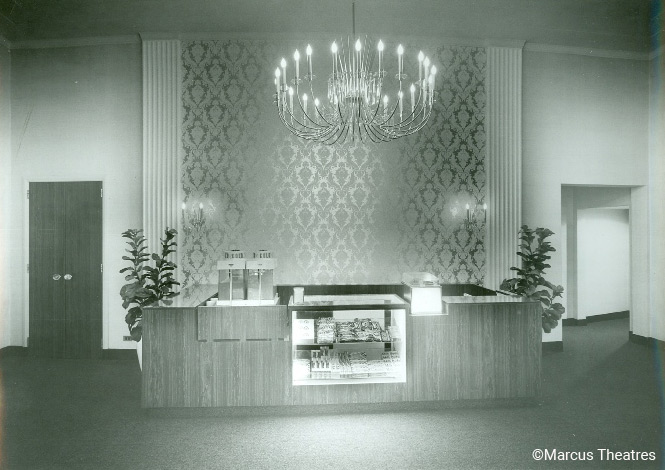 Here’s a grand opening day shot from Nov. 2, 1966 at the four-screen theater, which was at 2906 S. 108th St. This interesting one has a certain spartan elegance. 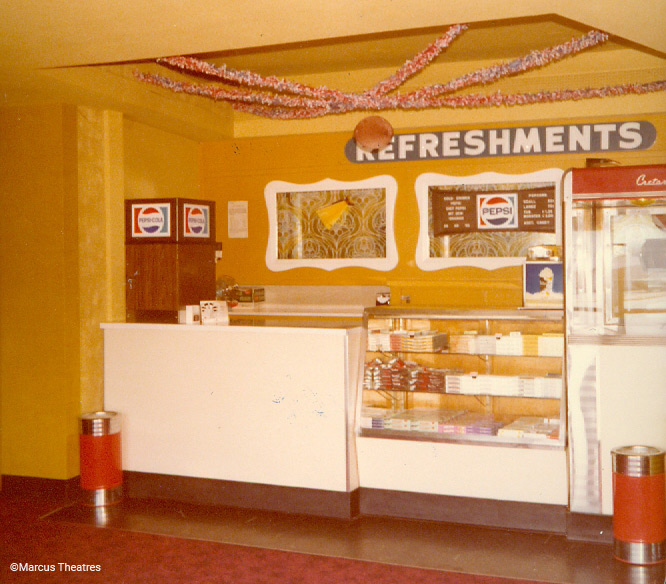 Opened in 1911 at 236 Front St. as the Davidson Theatre, it was designed by architects Frank Ellerbe and Olin Round of St. Paul. Later, when Marcus took over, it was renamed the Wisconsin Theatre and the there was no missing the brightly colored concession stand with its dangling streamers.

It’s now called the Rogers Cinema and is part of a small Wisconsin theater chain of the same name. 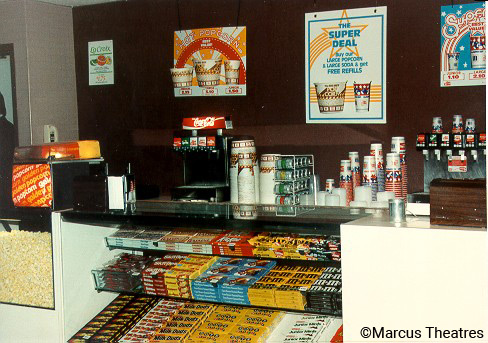 Built as a single-screen Cinema Westlane in 1966, in 1994 the theater became part of Marcus, which renamed it Southtown 5 & 6, since it was across the street from the chain’s Southtown I-IV (see above).

The carefully arranged candy display recalls the stand at The Vic in the 1950s, though the once-prominent popcorn machine had, by this time, been integrated into the counter itself.