MOXIE, a new Whitefish Bay restaurant, is slated for a late summer opening in the former Placesetters. And the restaurant promises to be spunky, bold and deliciously different from other local eateries.

MOXIE, a new Whitefish Bay restaurant, is slated for a late summer opening in the former Placesetters location at 501 E. Silver Spring Dr.

According to owners Tamela Greene and Anne Marie Arroyo, the restaurant will showcase a small but focused menu which includes traditional dishes with innovative twists that are made from locally sourced ingredients. It will also have a full bar which serves up both classic libations and craft cocktails.

"The goal is to offer something delicious and different," notes Greene. "We’ll be focusing on sourcing as locally as possible. And the menu will be reinvented often, with the aim of delighting customers with something surprising and new each time they dine with us."

The name MOXIE, Greene notes, is really central to the feel behind the restaurant.

"As we were working with Boelter + Lincoln on our branding, it was this one word that made us all smile," she says. "It’s fearless. It’s about determination and spunk and tenacity. And all of those things will be part of who we are and the sort of food we serve." 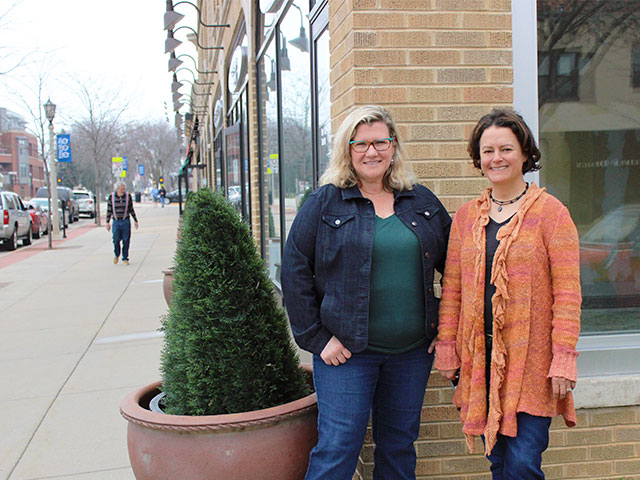 Currently, the partners say they are looking for a chef who’s excited to share their vision for the restaurant and help them to steer the direction of the menu.

"We’re really excited to find the person who’s bold and creative and willing to try new things," says Greene. "We’re looking for someone with experience, someone with moxie and a person who shares our passion. One of the must-haves is locally sourced, so established relationships with farmers is something we’d like someone to bring to the table."

Arroyo and Greene, who have been married for two years, note that the decision to open the restaurant was born when both women were laid off from their jobs at Harley-Davidson in late 2015. However, it has roots in a long-held dream to own their own business.

"That loss of our jobs has truly turned out to be a blessing," notes Arroyo. "It’s become an opportunity to reinvent ourselves and give back to the community we’ve grown to know and love."

Arroyo, who spent fifteen years working front-of-house positions in the restaurant industry, says that as she thought about things she’s always loved to do, hospitality always seemed to bubble to the top of the list.

"When I brought the idea to Tami [Greene], she was all in," notes Arroyo. "So, we decided to look into how we could make it work."

"But rather than jumping in blind," says Arroyo, "we wanted to gauge the feelings of the neighborhood. So, we surveyed people in the area about what they wanted."

Results of the survey showed a great interest in expanding the dining options in the area, particularly with restaurants that offered up not only great food, but also impeccable service.

"People also noted that they really wanted a place with a great bar," says Greene. "So, that’s one of the things we’ll be focusing on is a great bar program."

Ultimately, Arroyo says, the restaurant is being developed with the community in mind, and its progress moving forward will continue to be based on feedback from customers.

The look and feel

Atmosphere will also be part of the equation, notes Greene, who describes the interior as "rugged and lush." She says initial design of the 40-seat restaurant will make use of both industrial components and reclaimed materials. A color scheme of burnt reds and sage greens will pull elements together.

"And there are plenty of windows," says Greene, "So there will be lots of natural light. The hope is that MOXIE will provide an intimate setting with a warm, welcoming feeling."

Arroyo says that future plans for the restaurant will also include catering, private party space rental, cooking classes and even a food truck or grab-and-go curbside service. Patio seating is also in the plan for 2017.

To keep up with MOXIE’s progress, follow the Facebook page. To inquire about the open chef position with the restaurant, email info@eatatmoxie.com.