Though ticket prices will rise beginning Monday, March 2, individual admission to the Milwaukee Public Museum will now include free entry to a planetarium show, as well as admission to a new permanent exhibit that opens next month.

Though ticket prices will rise beginning Monday, March 2, individual admission to the Milwaukee Public Museum will now include free entry to a planetarium show, as well as admission to a new permanent exhibit that opens next month.

To date, planetarium programming has required a separate paid ticket. While films in the The Daniel M. Soref National Geographic Dome Theater & Planetarium will still be ticketed, patrons purchasing a museum ticket will no longer pay extra to see the stars.

The combined ticket is certainly a bargain. Right now, admission to the museum and a planetarium show costs $21 for adults, while children and seniors pay $17. That dual experience will now cost $17, $12 and $14, respectively, and more younger children will pay nothing for either experience.

"Every visitor to the Museum will now be able to experience a planetarium show in our Dome Theater with the cost of admission," says museum president and CEO  Dennis Kois. "These live star shows give our visitors the opportunity to learn about the solar system and science and interact with a museum expert.

The same deal will apply to school groups visiting the museum beginning in autumn.

"It's about being a part of the community," Kois adds. "We want the museum to be available to all. This makes for a better experience for everyone."

The new "Crossroads of Civilization" permanent exhibition (pictured above) is slated to open on March 15. The show – which will not cost extra – will open in a new third-floor gallery space that formerly housed the museum's education offices. It's the first new permanent exhibit to open at the museum in more than a decade.

"There are many aspects that set Crossroads apart from the other exhibits we’ve unveiled over the years at MPM, but one of my favorites is the integration of technology," Kois said in a statement.

"Visitors can travel through a temple interior, see inside a mummy, and for the first time at MPM the exhibit design allows us to update content as time moves forward, information changes, and more research becomes available."

In other museum news, in late summer, "The Streets of Old Milwaukee" will close for a few months to get a facelift, including some "light" technological enhancements and a new entrance that I hear will come in the form of a streetcar that carries visitors back in time to the Cream City of yore.

Installed in 1965, the exhibit – perhaps the most popular in the entire city – celebrates its 50th birthday this year. 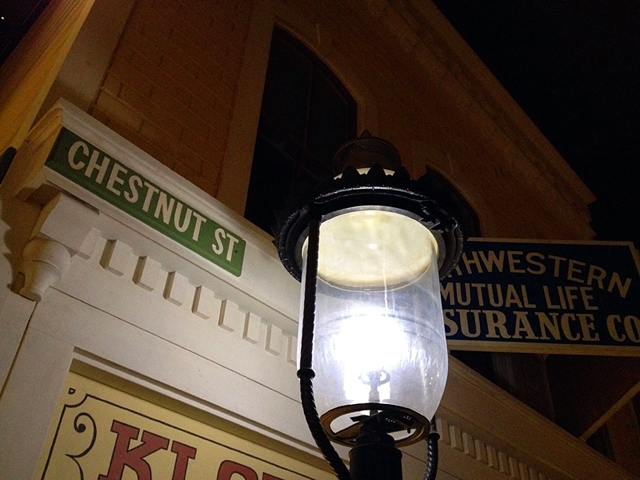