Mr. Dye's Pies, the popular purveyor of sweet potato, pecan and key lime pies, is officially open for business at a brick and mortar location on 55th and North Avenue, in the Washington Heights neighborhood.

Mr. Dye’s Pies, the popular purveyor of sweet potato, pecan and key lime pies, is officially open for business at a brick and mortar location at 5513 W. North Ave.

Google the address, and you’ll note that it’s the current home of Fathead Jerky, a business owned by Christine Roberts, proprietor of McBob’s Pub & Grill. That’s not your eyes playing tricks on you.

Johnathan Dye, owner of Mr. Dye's Pies, says that, as his customer base has grown, it’s become less and less practical to share kitchen space with the Jackson Grill, a location he’s been using for pie production for the past four years. So he began working with Ald. Russell Stamper II to locate a space that would be suitable for a commercial kitchen and retail space. In the meantime, he secured a Kiva Zip loan to help purchase a commercial convection oven, a tool which would help him meet increasing demand for pie. 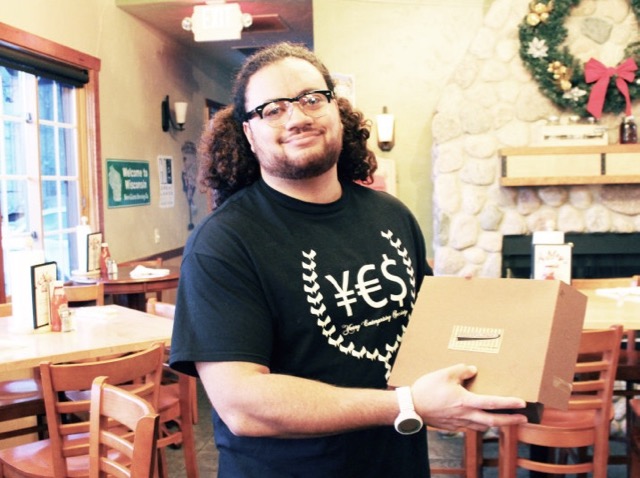 When the idea of creating a shared-use kitchen and retail space at the North Avenue location was proposed, however, he decided to make it a go. Dye moved into the new space during the week before Thanksgiving, and he says the retail shop is just starting to get going.

"It’s a work in progress," says Dye. "But, I think it’s working well. People might think jerky and pie is an odd combination. But I know people looking for jerky, and now I have a place to sell my pies."

Dyes says that they’ll have a selection of pies available for purchase daily at the retail shop. But he still advises people to order ahead if they have their hearts set on a particular type of pie, or if they are in need of multiple pies.

"Placing an order is the only way to guarantee you’ll get what you want," he says.

Dye, who recently landed a deal to sell his pies at Sendik's Fine Foods in Brookfield, says he will be releasing a new pie flavor in 2016 -- a Door County cherry pie.