Paul Tennessen first bedazzled his home in Halloween decorations and now the Riverside Theater, too. The Milwaukee Symphony Orchestra performs the score to the movie "Nightmare Before Christmas" on Sunday and tickets are still available.

When Paul Tennessen bought his Bay View duplex, he reveled in the fact he could finally do pretty much whatever he wanted to his property.

"It was one of those ‘I’m an adult’ moments. I can stay up all night if I want or I can cover my house in decorations and no one can stop me," says Tennessen.

It took a few years, but today, Tennessen’s home – located in the 2700 block of Logan – is indeed covered in decorations, all of which are based on the movie "The Nightmare Before Christmas." 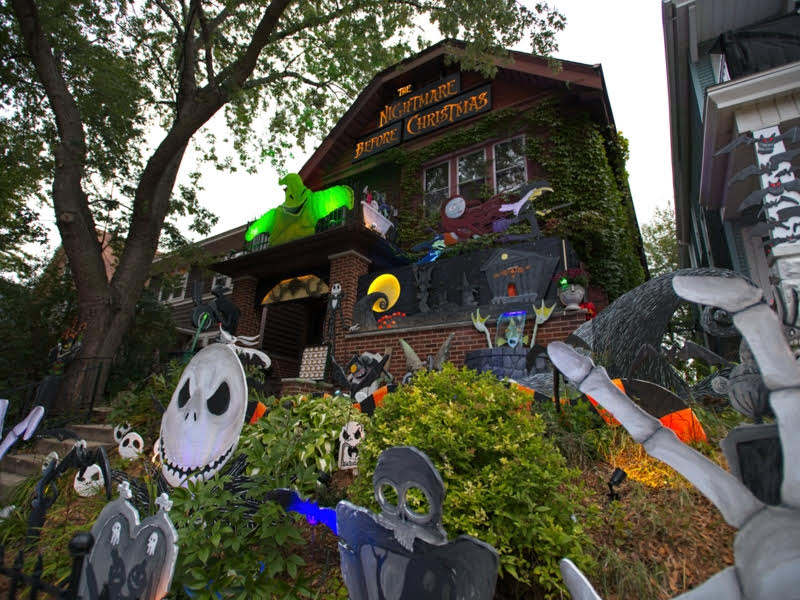 From the end of September until Christmas Day, Tennessen installs six different scenes that represent the evolution of time from Halloween until Christmas that is also the movie’s timeline.

Tennessen, a freelance videographer, photographer and animator by trade, is also a talented woodworker and painter. "There’s nothing I like more than the smell of sawdust in the morning," he says.

Earlier this year, Tennessen was approached by the Pabst Group, asking if he wanted to make similar decorations for the "Night Before Christmas" event they’re hosting with the Milwaukee Symphony Orchestra. Tennessen agreed, thus his latest creations will be on display on Sunday, Oct. 20 when the MSO performs live with the film at the Riverside. Shows are at 2 p.m. and 8 p.m. Tickets are available here.

"It’s been a lot of work, but totally worth it. The Pabst has been really supportive and understanding that I’m a perfectionist and I have to make it really, really good or I don’t want to do it," he says. 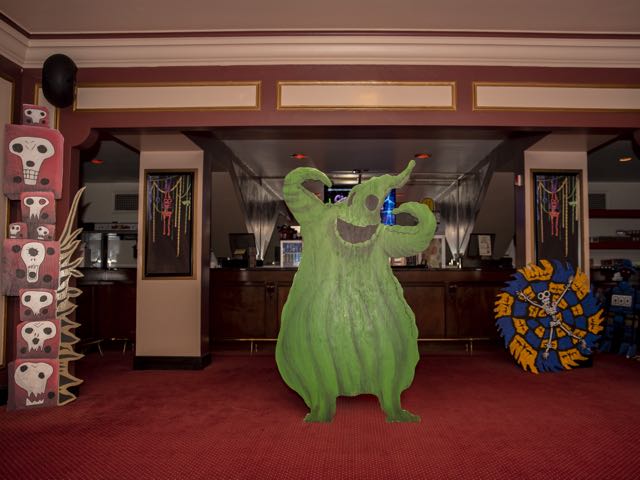 Tennessen says he’s always been a huge fan of the movie because it combines his two favorite holidays. "Halloween and Christmas are by far the best holidays. I love giving out candy to kids at Halloween – I know that sounds creepy, but I assure you it’s not – and sometimes at Christmas people give me presents," says Tennessen.

Tennessen says one of his favorite parts of building decorations is to interact with people and experience their positive reactions to his work. It also ensures that he will get the right tenant when he rents out the lower level of his place.

"It’s in my lease that if you live here you will not have a view from your front windows during the entire month of October because the decorations will obscure it," says Tennessen. "Living here also requires someone who doesn’t mind answering questions and chatting with people on the sidewalk about the decorations."

Tennessen’s home is not the only one on the block that exudes the Halloween spirit. Neighbors on both sides are in on the fun as are a few other houses across the street.

"We’ve had as many as 13 houses participate," says Tennessen. "This is a really fun block." 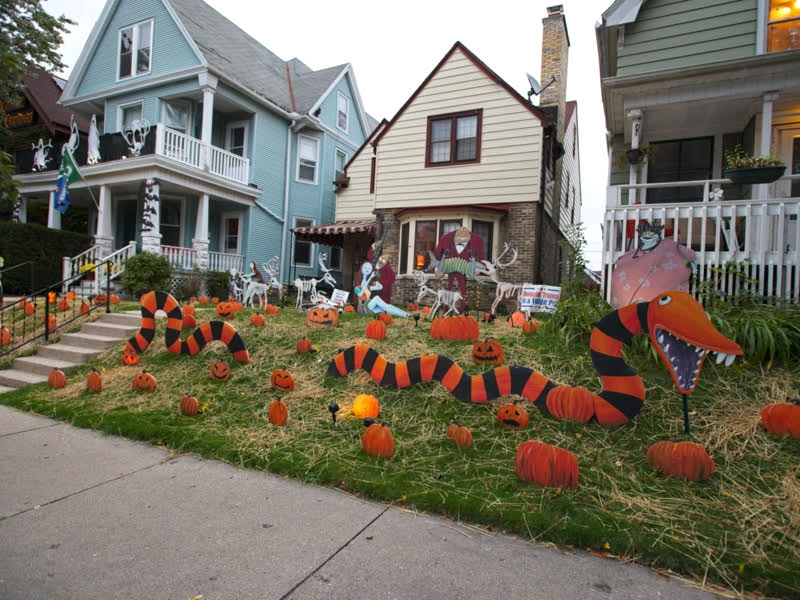 For tickets to "The Nightmare Before Christmas" with the Milwaukee Symphony Orchestra go here.