In 2016, three brothers made the fateful decision to keep the legacy of an 85-year-old business alive. But the Keepmans are just one of many families with memories tied to Mullen's Dairy Bar, the iconic ice cream shop and diner that has roots dating back to 1932.

Adam, Josh and Matt Keepman grew up in Oconomowoc. And they had fond memories of making the drive to Mullen’s Dairy Bar at 212 W. Main St. in Watertown, where they knew an ice cream cone or sundae was always waiting for them.

"Our grandfather, Erv Keepman Jr., grew up in Watertown," says Josh. "And when he was a paperboy, he would come to Mullen's after collecting to enjoy an extra thick chocolate malt with a raw egg on top." 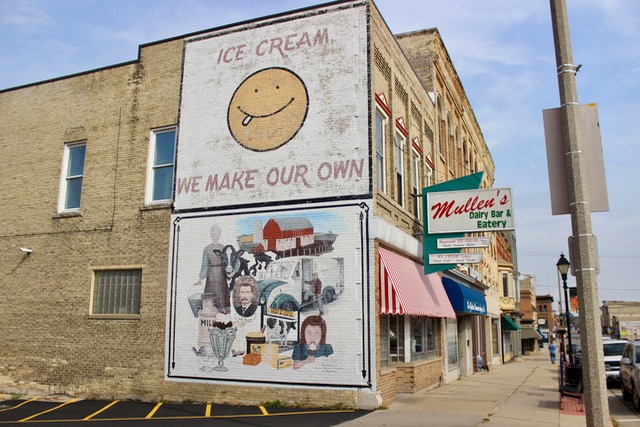 And the Keepmans are just one of many families with memories tied to Mullen’s, the iconic ice cream shop and diner that has roots dating back to 1932.

Founded by dairy farmer Frank Mullen Sr. and his sons, Frank Jr. (Moon), Weber and Gerry, Mullens began as a brick and mortar operation where the Mullens bottled their milk and sold a variety of dairy products including milk, butter and cream. By the '40s, the three brothers added ice cream production to the mix.

It was business as usual for the Mullens until the mid-70s when the business was sold to Frank’s grandson Bill Mullen, who introduced a menu that included hot dogs, salads and soups. Mullen ran the business until 1996, when he sold it to Ron and Gloria Luepke, who ran the operation as a husband and wife team for 10 years, before leasing it out for another decade. When issues arose with the tenant in 2016, questions arose about the fate of the more than 85-year-old business. 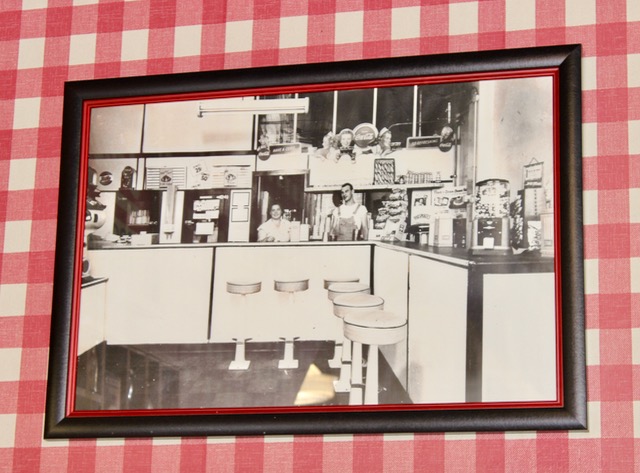 "My brother Matt had purchased a company called Savoy Sorbet out of Dallas, Texas," says Josh. "At the time, he was looking for a commercial kitchen to cook. Originally, we thought we might lease the space, but then we found out it was for sale."

And it was the promise of gleaning space for the sorbet company, combined with a desire to keep the legacy of Mullens alive, that prompted the brothers to purchase the business in 2016 and restore it to its former glory.

"This place had such a legacy in the community," Josh says. "But the last decade was really hard on the business. Quality had suffered. And all we wanted was to ensure it would be around for another 85 years." 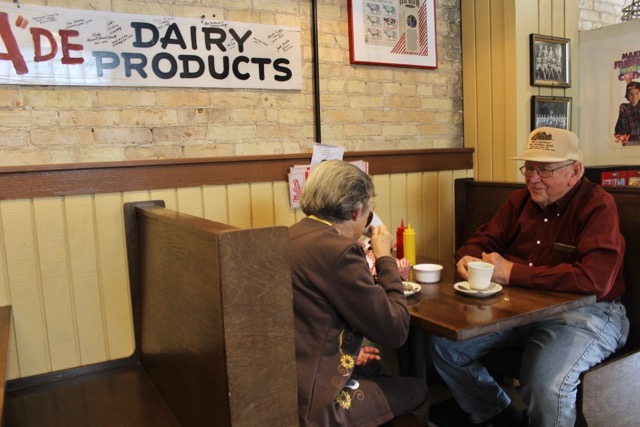 In September 2016, the Keepmans papered up the windows at the shop and embarked upon a whirlwind renovation, sprucing up the kitchen, adding a first floor restroom, wooden booths and a new bar. The goal was to bring new life to the space while preserving the nostalgic look and feel that so many Watertonians had come know and love.

The renovated Mullens reopened to the public in May 2017, sporting old school red and white checkered wall-paper, vintage signs and a menu filled with a combination of hearty soups, salads and sandwiches along with a plethora of sweet treats. 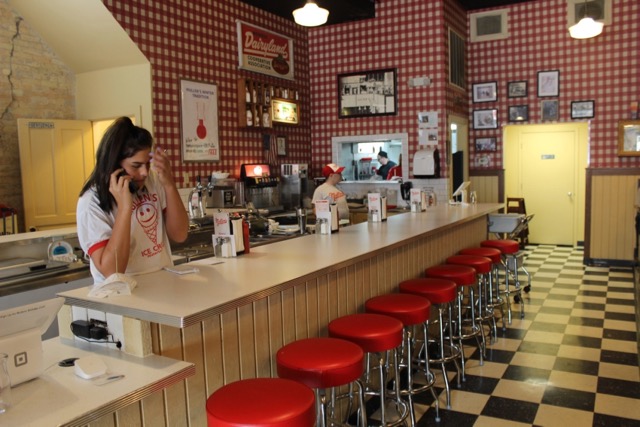 Mullen’s history is preserved through artifacts and furniture throughout the space. On one wall, you’ll find an old candy cabinet that belonged to Bill Mullen. 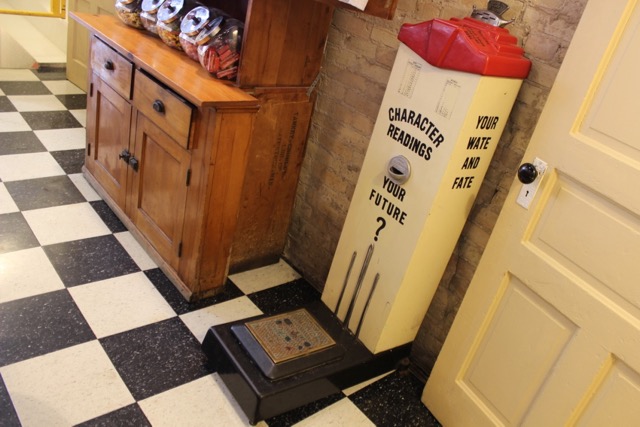 Meanwhile, signs on the dining room wall are filled with the signatures of former employees, each of whom came back to pay homage to the classic ice cream shop. 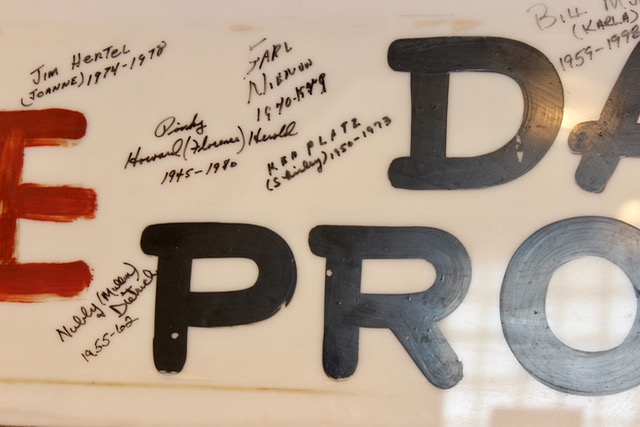 "A lot of the memorabilia on the walls was donated by people from the community," says Josh, "From old milk bottles to a vintage penny scale that tells you your weight and gives you your fortune." 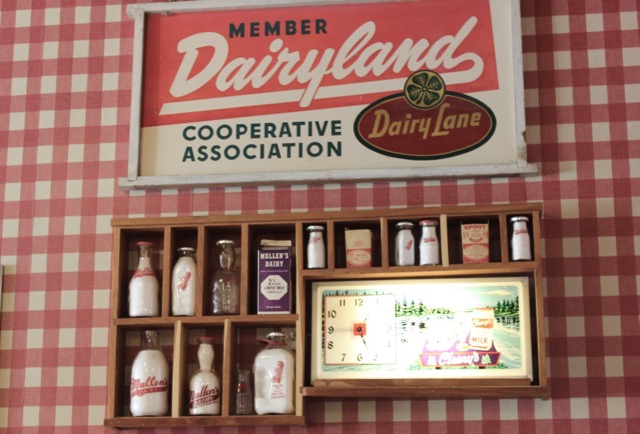 Meanwhile, a sign behind the bar advertises free single dip cones when the temperature falls to 20-below or colder. It's a Mullen's tradition that Josh says they'll continue to honor.

"The funny thing about the tradition is that they’d give you your free ice cream, but you had to eat it outside," he adds with a chuckle. "I think we’re going to loosen up on that rule." 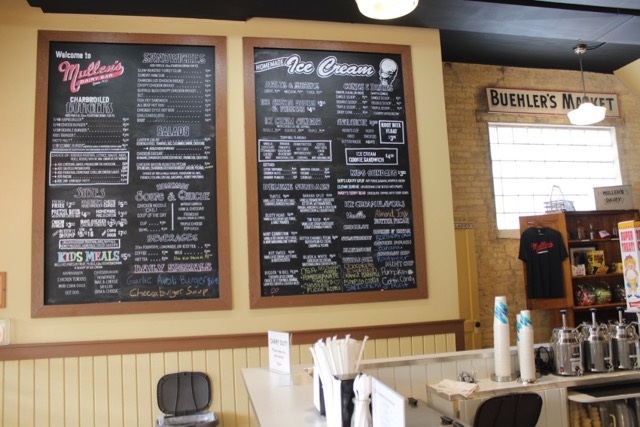 Edibles both old and new

"Watertown has enough frozen food options," says Adam, who heads up the kitchen at Mullen’s. "We have world-class ice cream, but we really needed to sell people on the food as well. So, in addition to accessible items like burgers, hot dogs and brats, we also brought on some items that really make use of the eggs and dairy."

Among the more unusual items on the menu is housemade quiche ($5), an unexpected offering that Adam says is taking off well. Another is housemade soups, including regular offerings like chili and chicken noodle, along with rotating seasonal offerings like cheeseburger (pictured), cream of mushroom, Reuben, tomato basil, sweet potato bisque, cream of carrot and cream of cauliflower ($3 cup/$5.50 bowl). 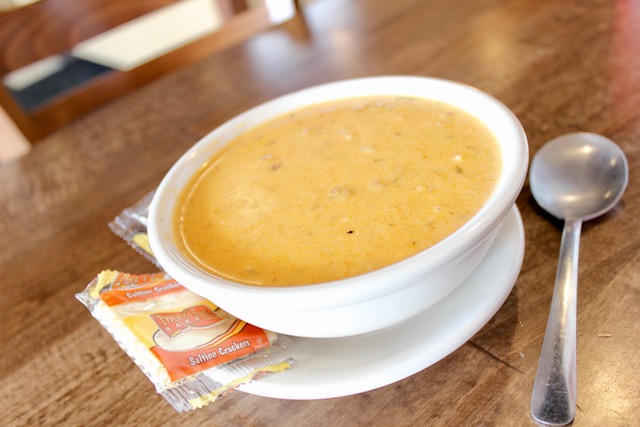 "One of my goals," says Adam, "Is to really get people to eat delicious soups with vegetables they maybe didn’t think they liked."

Among popular items are sandwiches like the slow-roasted turkey club ($7), fish fry sandwich ($6) and chili cheese dog ($4.25), along with specials like the chicken Philly, pizza burger and Irish nachos made with sweet potato waffle fries, chili, cheese sauce, sour cream and onions (all priced at $6.95) 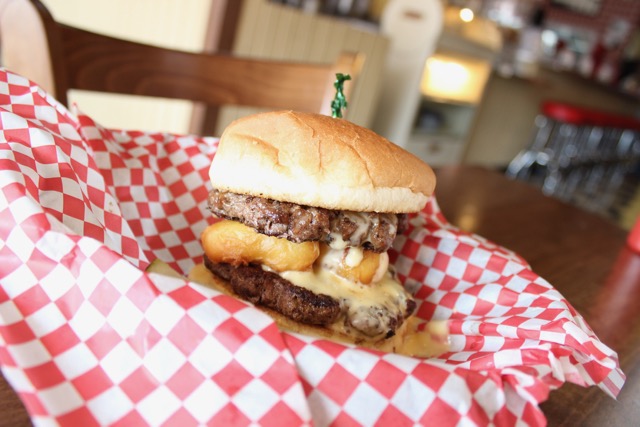 When it comes to burgers, Adam says it’s the technique used that’s key. First, the quarter-pound patties are char-grilled and then they’re finished on the flat top grill.

"It gives you the best of both worlds," he says. "You get the char, but then the burger is finished in its own juices."

On the sweeter side, ice cream rules at Mullen’s. And it’s all made in-house by Kim Barry, who is also the mastermind behind Mullen’s ice cream cakes, which feature layers of chocolate and vanilla hard pack ice cream, crushed Oreo cookies and a topping of light buttercream frosting. 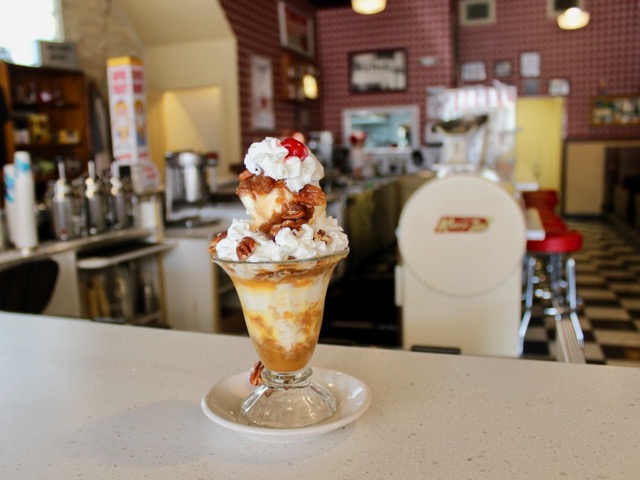 Josh says Mullens still makes more than 25 different ice cream flavors on the premises, 20 of which are generally available in the case at the shop.

And you'll find all the ice cream options you can crave – from classic sundaes (including the tin roof, dusty road and banana split) to cones, ice cream sodas, malts and shakes.  The Keepmans also brought back a number of odes to classic offerings, including the Bigger ‘n Bill – a gargantuan sundae featuring seven scoops of ice cream, three toppings, banana, whipped cream and crushed nuts – named for Bill Mullen who stands 6’7" tall.