8 reasons you shouldn't have missed Mumford & Sons at Fiserv Forum

Here are the 8 reasons you shouldn't have missed Mumford & Sons at Fiserv Forum.

"It’s the last night, so anything can happen," said Marcus Mumford, referring to the final show on Mumford & Sons’ North American Delta tour. If anything included Mumford running through the crowd, audience karaoke and confetti, then he was right.

Every song felt like the encore to a different concert, as the band struck the right mix of new and old playing their hits, while also showcasing their new album "Delta." The almost two-hour set was complete with banjos, harmonies and a screaming crowd.

If you missed it, here are the top eight reasons you need to see them next time!

1. They finally made their return to Milwaukee

Mumford & Sons returned to Milwaukee for the first time since 2013. Back then the tunes from their Grammy-winning album "Babel" were playing virtually everywhere. With smash hits like "I Will Wait," "Lover of the Light" and "Babel," it is no wonder why.

Since then, the band has been busy exploring sounds that extend far beyond the banjo that was once synonymous with their name. There have been no shortage of critics on the divergence in their sound, but their loyal fan base remains, and they showed up last night to the Fiserv Forum. 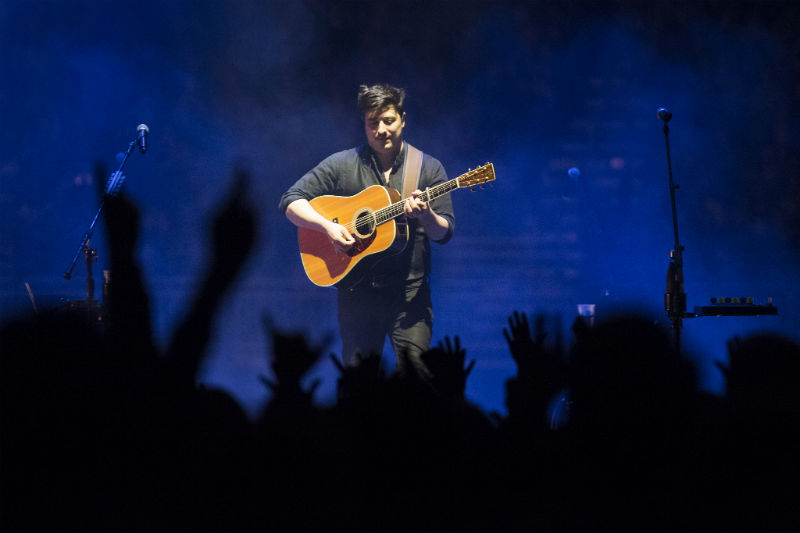 Unlike most rock acts, the Mumford & Sons stage was right in the middle of the arena. It broke down the separation between the audience and the band. "Look around you Milwaukee. People are f*cking awesome!"

The band felt another layer closer through their rapport with the crowd. They sang "Milwauking on sunshine," brought a random audience member on stage for Mumford karaoke and wore a custom signed Bucks jersey. Mumford even ran up and down the stairs starting dance parties throughout the arena. By the end of the night, they felt like an old friend.

Mumford & Sons started off the night with the strongest single from their newest and most experimental album, "Delta." Ranging from birth, death and divorce, "Delta" is not lacking substance as it draws on the experiences they have had outside the bubble of touring.

As a whole, the album is full of pop and electronic beats that lend a Coldplay feel to the tracks. "Guiding Light" manages to do this while staying true to the songwriting and harmonies that made Mumford & Sons famous.

Last night, all of the U2 comparisons finally made sense. Mumford & Sons is arena folk with the power of rock. Their music catalog is built for live audiences. Not surprisingly, their first two albums were literally written and tested on the road. Their songs are full of infectious choruses that lead an entire crowd into a sing-along.

The stadium was practically shaking during "Little Lion Man" when thousands of people shouted "I really f*cked it up this time" in unison. I spent half of the concert jumping up and down scream-singing all of my favorite lyrics. 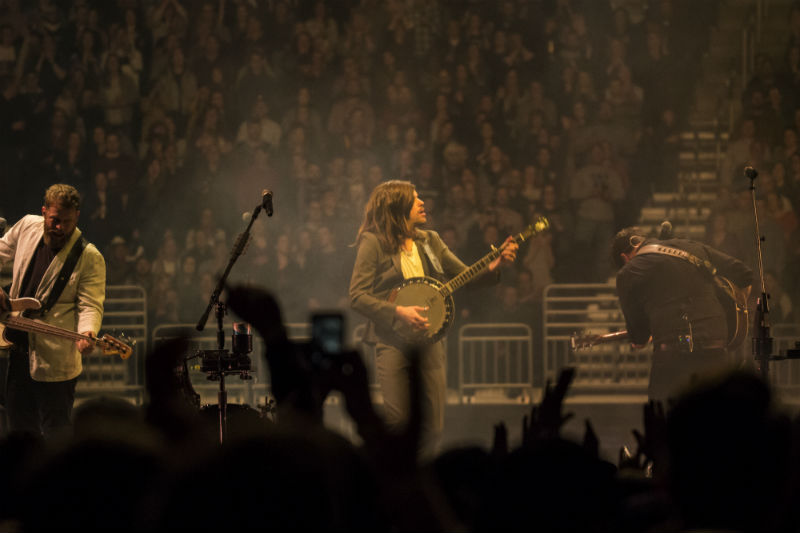 There's a reason Mumford & Sons brand of folk-rock catapulted them onto the map. Their music has evolved in the decade since their first album, but they still know when bring out the banjos and kick-drums. One of the highlights of the show was during "The Cave" when Winston Marshall went crazy on the banjo. I think I could have listened to that song on repeat the whole concert and left happy.

"Cold Arms" opened the show back up for the encore, and it was one of the most intimate moments of the night. The crowd was virtually silent while the four band members huddled around the microphone and sang "And I know what's on your mind/God knows I put it there."

I love a good cover, and Mumford & Sons’ version of "Hurt" by Nine Inch Nails hit the mark. The song's slow build gave space for Mumford to reset the crowd for the final songs. He brought the tempo right back up at the end of the song stomping around the stage and strumming his guitar impossibly fast.

8. The encore was the perfect mix of new and old

The OG Mumford & Sons fans went crazy when the band played tried and true favorites "Awake My Soul" and "I Will Wait" back to back.

Their final song was the title track off "Delta." It had the benefit of riding the wave of energy from "I Will Wait," and Marcus drove it up higher as he sang "When it feels like nothing else matters/Will you put your arms around me?" It was an emotional and satisfying ending to the show. If you didn’t walk in a fan of "Delta," you probably walked out one. 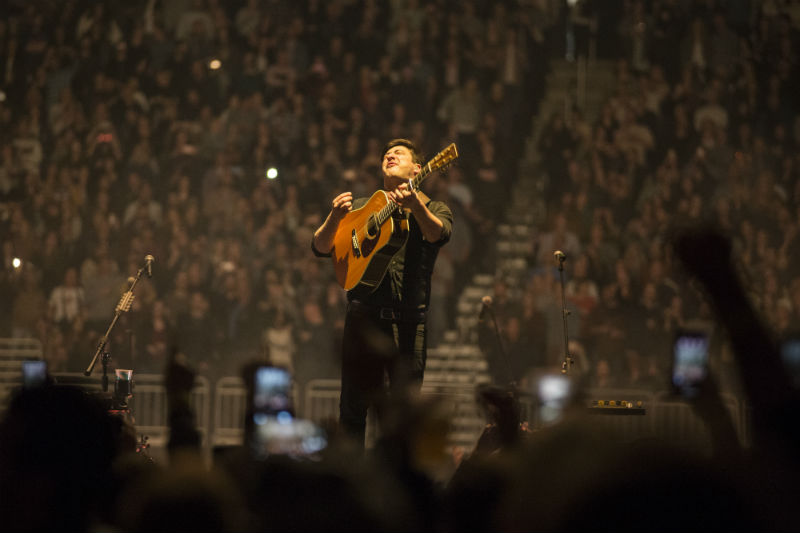