This morning Mayor Tom Barrett announced that the Wisconsin Department of Transportation will provide $23.3 million toward a complete rebuilding of National Avenue, from South 1st through South 39th Streets.

This morning Mayor Tom Barrett announced – as Alds. Jose Perez and Robert Baumann, and other dignitaries looked on – that the Wisconsin Department of Transportation will provide $23.3 million toward a complete rebuilding of a roughly 2.5-mile stretch National Avenue, from South 1st through South 39th Streets.

The street, which is as Wisconsin Highway 59 is designated as a Connecting Highway.

According to City of Milwaukee spokesman Brian DeNeve, typical Connecting Highway reconstruction projects get about $5 or $6 million from the state. Last year’s Chase Avenue reconstruction has been the largest such project to date, costing $10 million.

The project, which according to Milwaukee Commissioner of Public Works Jeff Polenske, will see the roadway and sidewalks completely reconstructed, will also make use of $1.4 million in local matching funds. 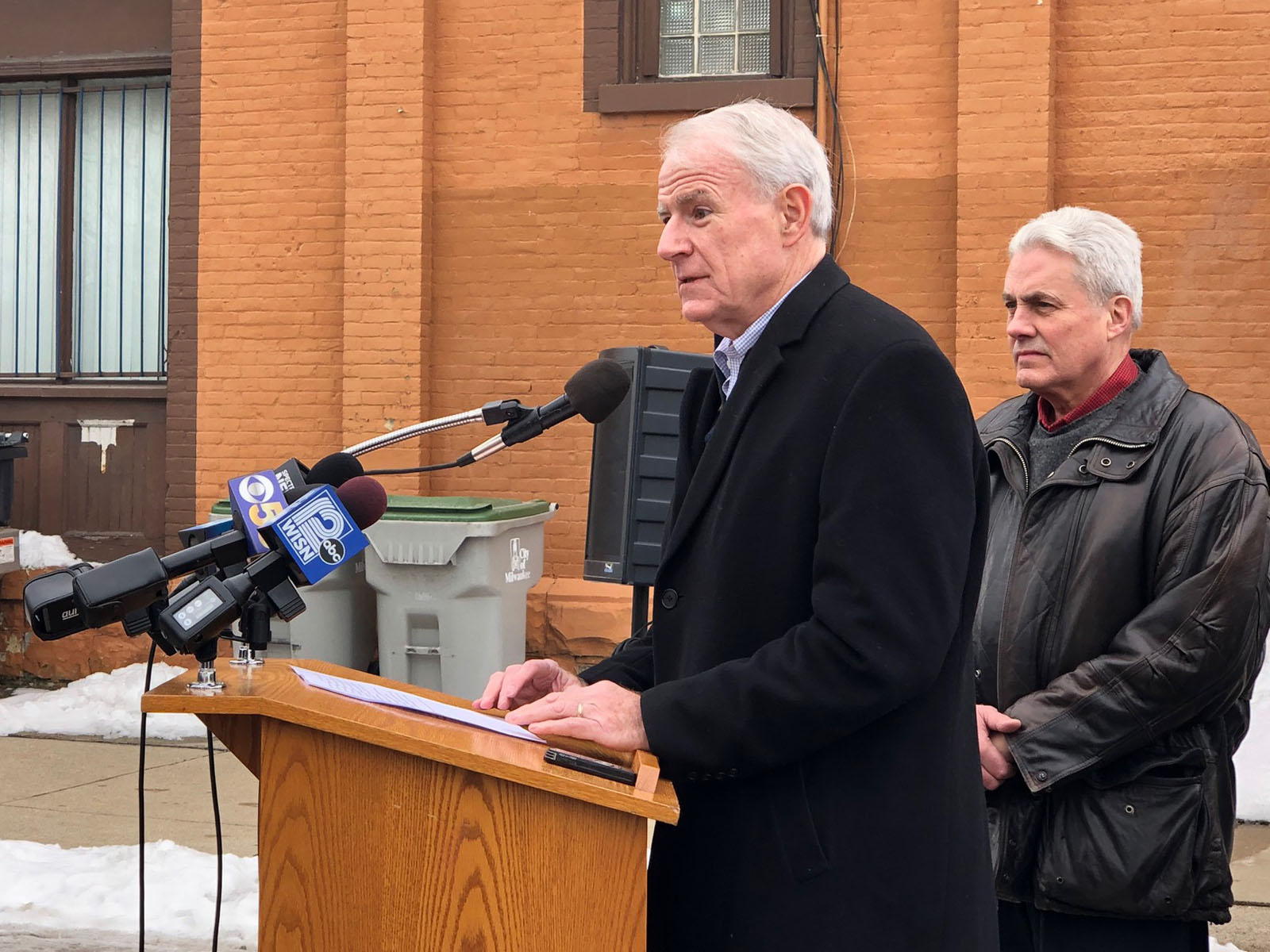 "National Avenue is at or near the end of its useful life," said Dewayne Johnson, who is the director of the Southeast Region at the WisDOT, at the announcement, which took place at the corner of 7th and National on Monday morning.

The City of Milwaukee will use the opportunity to bring its "Complete Streets" approach to the long stretch of National Avenue, said Polenske.

"It’s a real opportunity to apply the Complete Streets idea that we try to apply to all projects," he said. "We want to make sure to accommodate all users."

According to the City of Milwaukee website, "Complete Streets integrate people and place by making it safe, enjoyable, and convenient to walk, bike, take transit or simply experience our streets and public spaces – no matter one's age or ability.

"There is no singular design for a Complete Street; a quiet residential street may already function well for all people, whereas a busy commercial corridor may require wider sidewalks, curb extensions, and protected bike lanes. A Complete Streets approach integrates people and place into all phases of a project, from planning and design through construction."

De Neve said that the city will seek public input between now and the projected beginning of the project.

"We’re very very pleased for the businesses, the residents and the community groups that operate along National Avenue because it’s going to be a big enhancement," said Barrett, who credited Gov. Tony Evers for directing the funds to Milwaukee.