23 local players you should root for in the NCAA tournament, ranked

There are 23 players from Wisconsin who will compete in the NCAA tournament. Wisconsin and Green Bay have the most, of course, but there are plenty of others. Who are they and which ones will have the biggest impact?

For the second year in a row, there are no college basketball teams from Brew City in the NCAA tournament.

With Marquette and Milwaukee both staying home – neither is participating in a postseason tournament – area hoops fans will look to a couple of state universities, Wisconsin and Green Bay, to represent them at the Big Dance.

And, happily, those schools have lots of homegrown kids on their rosters – six of 13 Phoenix players are from in-state; for the Badgers, it’s seven of 17. But there are plenty of other locally produced ballers you can root for during March Madness, too. (Want a favorite? Iowa State has three Wisconsinites in its rotation, including a couple of starters.)

Recently, there’s been an increase in the number of high school players from Wisconsin competing at the Division 1 level in college – especially at high-profile, major programs – and, while it can’t quite be called a basketball diaspora, many of them are choosing to take their talents elsewhere. Last year, there were 25 players from Wisconsin in the NCAA tournament; this season – largely helped by Green Bay’s contributions, but also counting 10 cheeseheads at outside teams – that number has dropped slightly to 23.

So where are those guys? How are they doing? And which local hoopsters will best showcase the state on the national stage? Here, we list the Wisconsin-bred players in the NCAA tournament for you to follow and rank them based on who we think will have the biggest impact during the NCAA tournament, from least to most.

The sophomore guard from Appleton (Xavier) took a redshirt this season after playing 17 minutes last year. In his spare time, the former walk-on writes columns for Wisconsin’s student newspaper. The seventh-seeded Badgers play No. 10 Pittsburgh on Friday.

The junior forward from Merill sat out this year after transferring from Pepperdine. He took Merill High School to the state championship game in 2011. The Phoenix, a No. 14 seed, face third-seeded Texas A&M on Friday. 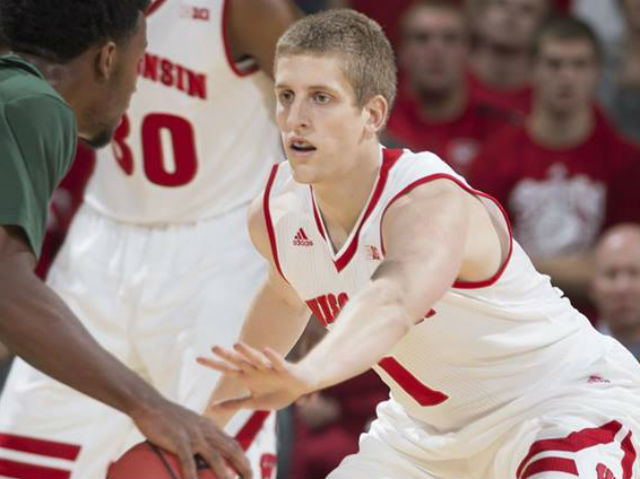 The freshman guard from De Pere played all of four minutes this season before re-injuring his left foot in December. He’s out indefinitely.

The junior forward from Milwaukee (Riverside), who transferred from Sheridan Community College, hasn’t appeared in a game since Dec. 2. In the 19 minutes he played, Posey scored eight points and committed eight fouls. The 15th-seeeded Roadrunners take on second-seeded Oklahoma on Friday.

The junior guard from Waunakee got two minutes during the Big Ten season. His father played for Bo Ryan at UW-Platteville and won a national championship in 1991.

The redshirt freshman guard from Oconomowoc played four minutes this season, going scoreless with one assist. Schlundt’s dad played with Doc Rivers at Marquette in the 80s.

The redshirt sophomore forward from Green Bay (Southwest) got minutes, however few, in all but seven conference games (he averaged 3.7 on the year). Though he didn’t score, he played 12 important minutes in the 77-76 upset win over then-No. 4 Michigan State and 13 in the victory against then-No. 19 Indiana back in January.

The redshirt freshman guard from Sussex (Hamilton) didn’t play in the Hawkeyes’ last four games and averaged 2.9 points in 9.5 minutes per game. In a rout of Coppin State in the second game of the season, Ellingson poured in 20 points; in a Jan. 24 win over Purdue, he scored eight and hit two 3-pointers. Iowa, a No. 7 seed, faces 10th-seeded Temple on Friday. 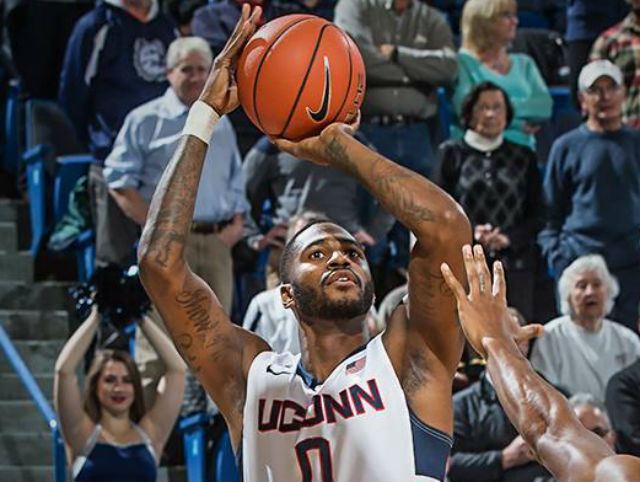 The senior forward out of Milwaukee (Riverside) is considered an unheralded glue guy for the Huskies. In his four seasons, the 6-foot-10 Nolan has never averaged fewer than 10.4 minutes or more than 3.3 points. His experience will be helpful for ninth-seeded Connecticut against No. 8 Colorado on Thursday.

The junior forward from Milwaukee (Madison) averaged 6.6 points and 3.3 rebounds in 14.7 minutes per game this year. He had 13 points in the Phoenix’s Horizon League tournament semifinal win over Valparaiso and scored in double figures in seven of their last nine games.

The junior guard from Milwaukee (Vincent) transferred from Marquette after the disappointing 2014-15 campaign. Now at Wisconsin West (the Cyclones have three players from the Dairy State), the stocky Burton comes off the bench and averages 10.0 points (on 53.2 percent shooting) and 4.1 rebounds in 19.1 minutes per game. No. 4 seed Iowa State plays No. 13 Iona on Thursday.

The junior guard from Little Chute is one of the Phoenix’s best outside shooters. He averaged 5.9 points in 19.2 minutes this season and shot 35.7 percent from three-point range. To spring a tournament upset on the Aggies, Green Bay will need his long-rang marksmanship.

The junior forward from Little Chute had 12 points, six rebounds and three blocks, an important all-around effort, in the conference tournament championship game against Wright State. For the season, the 6-foot-8, 230-pounder is averaging 7.0 points, 4.0 rebounds and 1.2 blocks in 21.5 minutes. 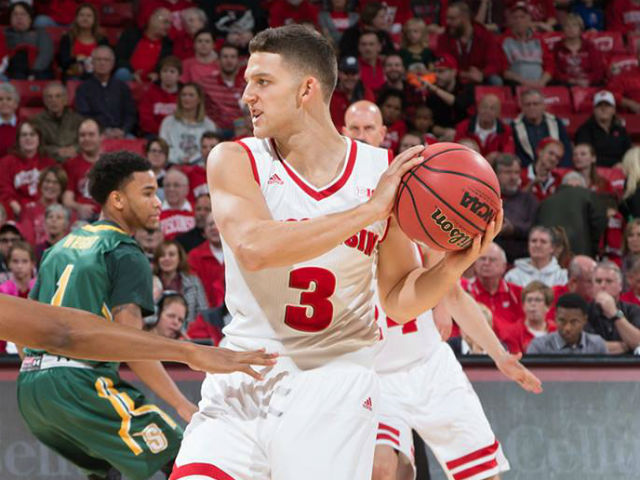 The junior guard out of Germantown has improved tremendously and, while his game is still largely built on hustle and energy, he’s become one of the Badgers’ key contributors. Playing 31.3 minutes, the athletic Showalter averages 7.6 points, 3.9 rebounds, 2.2 assists and 1.0 steals per contest. Against the Panthers on Friday, you’ll see him diving for loose balls and skying for big dunks.

The senior forward from Milwaukee (Hamilton) started out at Division-3 powerhouse Whitewater before transferring to Middle Tennessee State in 2014. At 11.6 points and 4.0 boards per game, he’s fourth on the team in scoring and rebounding. The 15th-seeded Blue Raiders surely could use his 39.7 percent 3-point shooting (he averages 1.6 a night) against No. 2 Michigan State on Friday.

The freshman center, a five-star recruit out of Milwaukee (Dominican) that spurned Wisconsin, could be headed for the NBA after this season ends, so the NCAA tournament might be his final college showcase. On a loaded Terrapins team stocked with talent, the phenom only played 22.6 minutes per game, but he was still second on the team in scoring (12.9 points) and rebounding (5.5). In his Big Ten debut, Stone was dominant, putting up 39 points and 12 rebounds. Fifth-seeded Maryland, which some are betting to be the victim of a 12-over-5 upset, plays 12th-seeeded South Dakota State on Friday.

The do-everything senior guard from Racine (St. Catherine’s) led the team in rebounding (8.4 per game), was second in assists (3.3) and third in points (12.8). He also averaged 2.1 steals and 1.4 blocks. During the Horizon League tournament, Fouse scored 18.5 points over four games. One of just two seniors for the Phoenix, they’ll be relying on his veteran leadership and across-the-board contributions.

The senior forward out of Milwaukee (Pulaski) is a 23-year-old who transferred from Indian Hills Community College in 2013. Averaging 11.5 points and team-highs of 8.9 rebounds and 1.8 blocks in 30.7 minutes per game, the 6-foot-9 athlete keeps possessions alive on the offensive glass and shuts opponents down defensively. McKay (below right) was suspended for a couple games in February (originally, the term of length was indefinite) for an incident at practice, and his performances have been inconsistent over the past two months. But, when he plays, he is one of the Cyclones’ most valuable players.

The junior guard from Onalaska is one of the most dangerous shooters in college basketball and could spur a Cyclones tourney run. Playing 33.2 minutes per game, Thomas (above left) averages 10.7 points and 4.5 rebounds, but it’s his 43.0 percent 3-point shooting that makes him so vital. In a January win over Big 12 rival and fellow NCAA tourney team Texas Tech, he made 6 of 10 bombs. That kind of stroke gets him into the top five.

The sophomore guard out of Milwaukee (Germantown) is immensely talented and another local kid who was briefly suspended in February, reportedly for a positive marijuana test. After being on a four-game winning streak, the Bulls lost all three MAC contests in which Bearden was suspended. Averaging team-highs in scoring (13.6 points), assists (4.2) and steals (1.6) in 29.7 minutes, the point guard is essential to his team’s success. No. 14 Buffalo faces third-seeded Miami on Thursday. 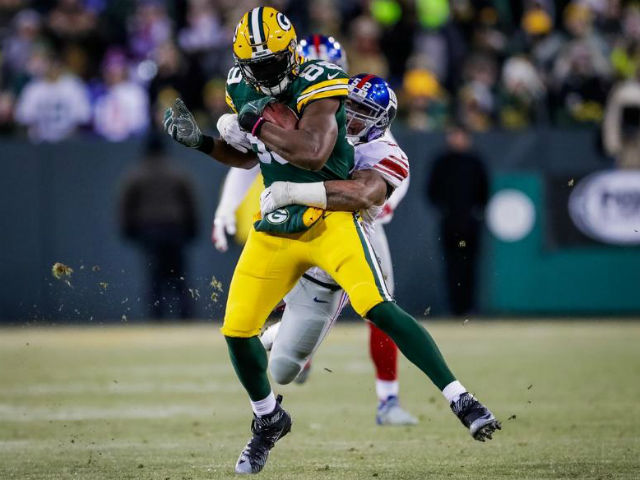 The redshirt senior forward out of Milwaukee (Hamilton) is the son of former NBA star Alvin Robertson and the highly respected leader of the top-seeded Ducks. Averaging 14.5 points, 4.9 rebounds, 2.2 assists and 1.5 steals in 31.7 minutes for the year, Cook has elevated his play down the stretch, scoring 18.7 points over the last seven games, all Oregon wins. The Ducks, the No. 1 seed in the West Region, face the winner of a play-in game.

The junior point guard from La Crosse (Aquinas) isn’t the high-profile player that teammate Nigel Hayes has become, but he’s steady, dependable and experienced. Second on the team in minutes (34.7), points (13.4) and assists (2.5), he’s the Badgers’ best 3-point shooter (39.4 percent). When Koenig plays well, hits shots and takes care of the ball, the Badgers win; in their last two games, both losses, he was 6 of 24 from the field. Good point guard play is critical in the NCAA tournament. 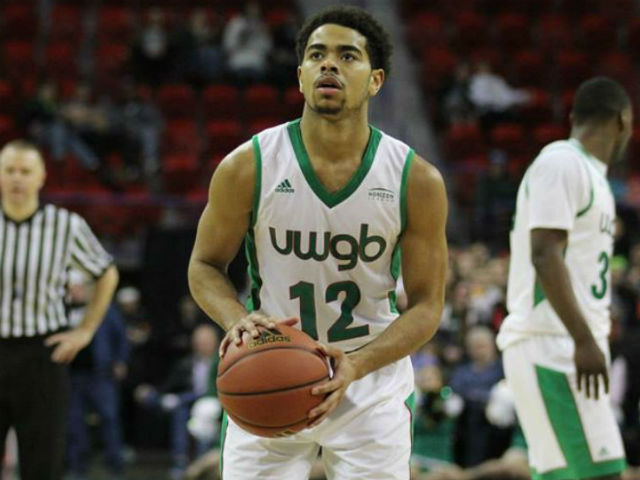 The senior guard from Milwaukee (Pius) is the heartbeat, lifeblood and driving force of the Phoenix. Averaging team highs in minutes (32.5), points (17.7), assists (3.5) and steals (2.6), he’s also a better 3-point shooter than his 34.9 percentage suggests. In the NCAA tournament, senior point guards can carry a team, especially a mid-major, and Green Bay will be putting as much as it can on Love’s back.

Which local player or players are you rooting for? Are there any you're rooting against? Let us know in the comments!

March Madness office pool may break the law but who cares?

Local teams have plenty to aim for as Madness countdown begins