After five years away, Neko Case brings new music to The Pabst

It's hard to believe that alt.country chanteuse Neko Case hasn't performed in Milwaukee in five years, but it's true. Wednesday night she returned to the same venue to perform songs from "Hell-On," as well as gems from across her now more than two-decade-long solo career.

It's hard to believe that alt.country chanteuse Neko Case hasn't performed in Milwaukee in five years, but it's true.

Wednesday night she returned to the same venue to perform songs from that new record – called "Hell-On" – as well as a few gems from across her now more than two-decades-long solo career.

Of course, just because there was no Milwaukee visit or new record during that time doesn't mean Case was idle. 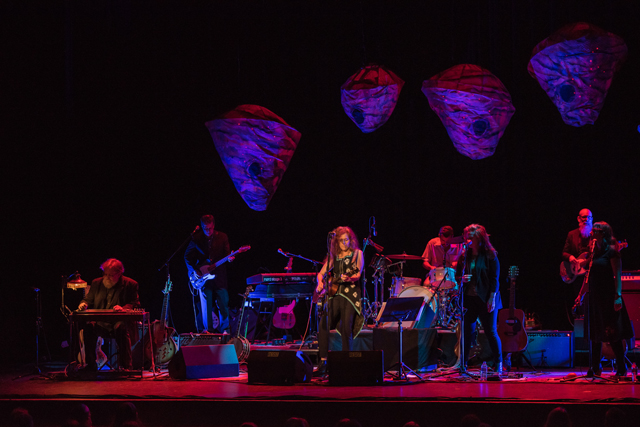 Last year, she continued her longstanding collaboration with the New Pornographers, after having worked with k.d. lang and Laura Veirs on case/lang/viers in 2016. In 2015, she put together a box set project of her work.

A year ago this month, while recording the new disc in Sweden, Case's house burned, and so recovering from that tragedy also occupied her time and mind during her time "off." (You can read more about Case's last five years here.)

The Pabst show is the first of Case's 22-show (so far) tour, which continues throughout September before heading to Europe in October, picking up in the U.S. again in November and wrapping up in San Diego on Dec. 8.

As if to make up for the long time away, Case spent a few days here, arriving in Milwaukee early to get comfortable on The Pabst stage and squeeze in some last-minute rehearsals.

Still, opening night can be tough.

"Thanks for watching our teenage rock show," Case quipped at the end of her 90 or so minutes onstage Wednesday night.

Earlier, after flubbing some lyrics and missing some other cues (most of which we might have missed had she not pointed them out to us), the ever-charming and witty Case – whose personable chatter between songs has always been a welcome feature of her performances – said, "first shows are so messy. They're so adolescent and greasy and nervous." 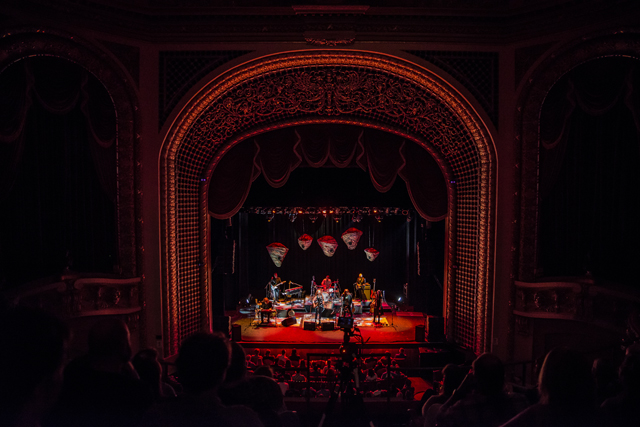 If Case and her six-piece band – which, as always, heavily featured the guitar work of longtime collaborator Jon Rauhouse – felt at times tentative, like the early tour jitters might've had them holding back a bit, they sounded tight, the set flowed nicely and one has to think that in no time flat this crew will be thrumming like a well-tuned engine.

The songs from "Hell-On" – which were the focus of the show, of course – sounded fresh and strong live. From the new record, they played the title track, "Last Lion of Albion," "Halls of Sarah," the rousing "Bad Luck," "Curse of the I-5 Corridor," "Gumball Blue," Oracle of the Maritimes," "Winnie" and "Pitch or Honey," which opened the show.

They also played some older favorites like "This Tornado Loves You," "Deep Red Bells," "Loretta" and "Hold On, Hold On," but folks hoping for a really deep dig into the back catalog might've left disappointed. The earliest records – "The Virginian" and "Furnace Room Lullaby" – got no play whatsoever.

But if anyone was let down, you'd have hardly noticed. The crowd, mostly quiet and seated, was on its best behavior, only later in the night occasionally shouting out a request.

Otherwise, the hoots and spontaneous applause were reserved for those moments when Case really opened up, full-throttling her voice, which on more than one occasion pealed so majestically and powerfully as to rattle the gargantuan Pabst Theater chandelier.

Thao Nguyen of the Get Down Stay Down opened the show with a well-received solo set. 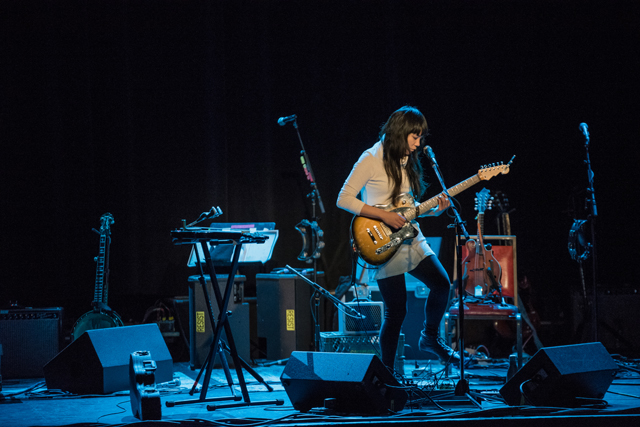 Pitch or Honey
Last Lion of Albion
Deep Red Bells
Maybe Sparrow
Winnie
Calling Cards
Bad Luck
Curse of the I-5 Corridor
Gumball Blue
Oracle of the Maritimes
Hex
Halls of Sarah
Look for Me (I'll Be Around)
Hold On, Hold On
Margaret vs. Pauline

Encore
Hell-On
The Pharaohs
Loretta
This Tornado Loves You

Pantera to rage The Amp stage