Chefs on the Move

It's been seven years since Chef Nell Benton took over operations for The National Cafe and approximately a year and a half since she partnered with Andy Larson of Float to open Bowls. But Benton will be foregoing ownership of both venues to pursue other interests.

It’s been seven years since Chef Nell Benton took over operations for The National Cafe, 839 W. National Ave., and approximately a year and a half since she partnered with Andy Larson of Float to open Bowls at 207 W. Freshwater Way.

But Benton says she will be foregoing ownership of both venues to devote time to her growing family and a variety of new projects.

"I’ve grown it to a point where I’m really proud of all that I’ve done. The National Cafe is now a really successful business, and Bowls is on the cusp of expansion," says Benton of the move.

"But the restaurant business requires you to put in 150% every single day, and I’ve decided I simply can’t continue the work and raise a family at the same time. So I’m taking a break to refocus. I’ve had a number of projects on the back burner for a while, so I’m excited take the time to pursue those as well."

Benton, who is approaching her departure from the industry in phases, says she will leave her role with Bowls at the the end of December.

"I really couldn't have had a better partner in Bowls than Andy [Larson]," she says. "He's a great guy, and has always been so supportive. I can recall times just after my daughter Ella was born when he would hold her while I was working in the kitchen. And he's supported by a really great, hardworking staff who really care about the restaurant. It's in good hands." 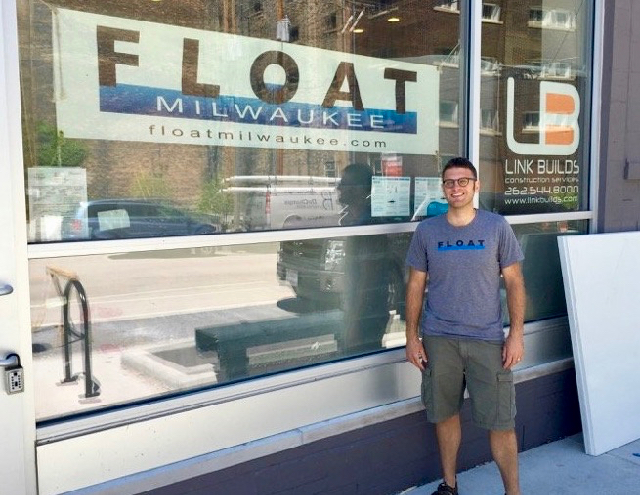 "I am sad Nell is leaving the industry and Bowls," he says. "But, at the same time, I am so happy that she will be able to step back and spend more time with her growing family. I am very thankful she joined me in Bowls and look forward to taking the foundation we’ve built and expanding into the future."

As for The National Cafe, Benton will retain ownership of both the building and its adjoining property; however, she’ll sell the business itself to one of The National’s long-standing employees, Angie Wierzbinski, this spring. 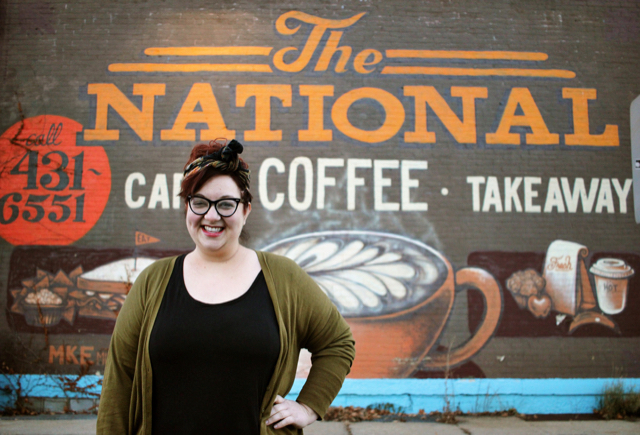 Wierzbinski, pictured above, is a Milwaukee native and Alverno College graduate who lived and worked in both Japan and England before taking on positions with both Hunger Task Force and Outpost Natural Foods Cooperative and joining The National Cafe team in 2011 where she has since taken on a leadership role.

"I’ve always wanted to own my own place, so I really see this as a natural progression for me," Wierzbinski notes. "I love this place; it’s such a great gathering place and a real hub for people in Walker’s Point. We have a kind, friendly staff… so many people have worked here for years, and I just really love the way we work together. We also have awesome customers who support us. It’s like a really great family."

She notes that she’ll be purchasing the business with a long-time friend and industry colleague who brings additional expertise in catering and events. And, despite her new ownership role, she says she isn't planning to make dramatic changes to the cafe.

"I’m excited to do new things," she admits. "But I don’t want to change too much. I have a number of new editions to the menu planned … and a few surprises up my sleeve, including potentially some changes to the decor. But I’m really committed to keeping the spirit of The National intact. I don’t want to lose that."

Wierzbinski says she definitely plans to host more pop-up dinners at the cafe during evening hours and she'd also like expand the cafe’s presence at area farmer’s markets.

Benton says she’ll be officially handing the keys over to Wierzbinski on March 31. However, she plans to remain with the cafe to oversee the catering program through next year, honoring her current contracts and ensuring the two new owners experience a smooth transition.

"Over time, businesses really do become like your babies," says Benton. "So you want to pass them along to individuals who will really raise them right. I’m 100% sure that’s the case for both restaurants, and it makes me excited for their futures."

Chefs on the Move

After over 20 years, Chef Adam Siegel to depart from Bartolotta Restaurants