Nelly's song "Grillz" gave me the confidence that I too could be a rapper. I used to practice rapping this song in hopes one day I could show it off in a rap battle or something. Years later, Summerfest finally gave me the opportunity to do so.

Nelly’s song "Grillz" gave me the confidence that I too could be a rapper. I used to practice rapping this song in hopes one day I could show it off in a rap battle or something. Years later, Summerfest finally gave me the opportunity to do so. I got to belt out the lyrics and show the Harley-Davidson Roadhouse audience that I could keep up with Nelly's sick rhymes. Well, at least show the people around me, which was surprisingly a lot.

I never thought the phrase "packed like sardines" would become such a reality until today. People were literally stacked on top of each other and turned sideways on the already unsturdy benches just so they could cram as many people in as possible. I have never seen so many people at one show. There were just so many people really excited to see Nelly. The audience there, too, was so diverse. High schoolers all the way to middle-aged women were ready for some hip-hop throwbacks.

However, no matter what age people were once the clock was about to hit 10:00 p.m., they started to go wild. They were cheering and chanting "Nelly" up to the second the lights got brighter, and you knew someone was about to take the stage.

The show started off with the song "Boy-n-the Hood" with no sign of Nelly. People were frantically searching the stage for him until suddenly they heard a voice from backstage. The music changed and then Nelly finally appeared. 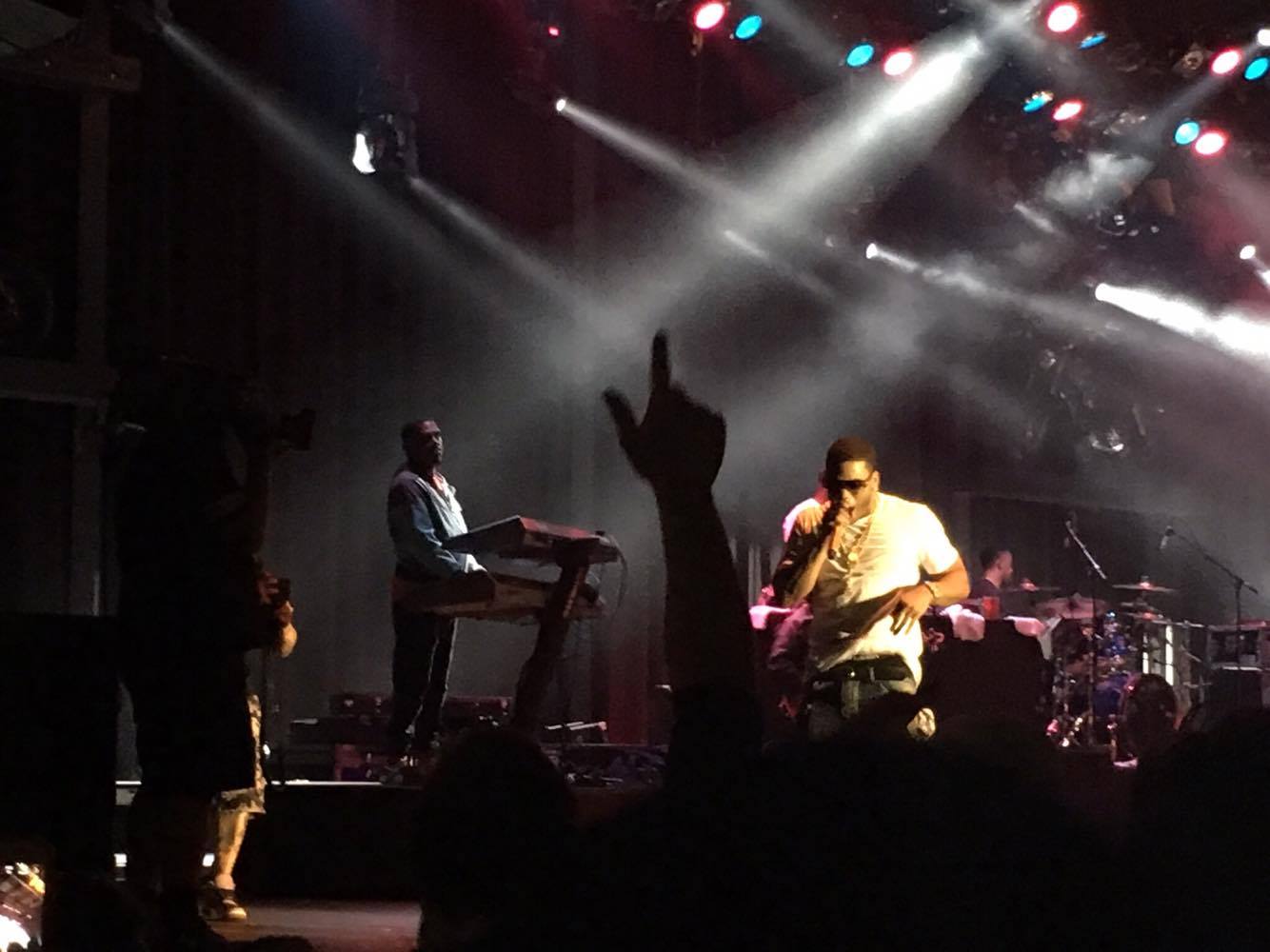 His set started off super strong, with fun throwbacks like "Country Grammar," "Grillz," "Ride With Me" and even "Cruise." The songs had everyone dancing like crazy, screaming out the lyrics and having a great time. As the show went on, it got awkward when he started to sing songs no one knew. People still danced, but their energy went way down.

To get people hyped up again, Nelly sang some popular songs from other musicians, like "Work" by Rihanna and Drake and "Turn Down for What" by DJ Snake and Lil Jon. To keep the crowd excited, Nelly and his crew grabbed people from the audience and had them come on stage with him. This got the audience pretty stoked.

He picked ladies to come up to basically dance on stage with him and have him intimately sing to them. It seemed cool at first, but then it started to get awkward to just watch these girls dance with Nelly on stage. The only thing that smoothed over the awkwardness was the fact he sang more hits like "Over and Over," "Dilemma" and "Hot in Here."

When he wrapped up dancing with these random girls, he closed his show with a strong finish. He sang "Just a Dream," which the whole audience enjoyed. Everyone was singing every word with him and waving their hands in the air. Once the song ended, Nelly took one last wave to the audience and headed off the stage. No one chanted encore afterwards since everyone was pretty satisfied with what they heard.

Needless to say, after the early 2000s, Nelly became pretty irrelevant. However, for being out of the game for years now, he still puts on an energetic, fun show for people to enjoy. Nelly helped his audience remember how much they love some good ol’ throwback tunes and showed them how to have a good time. He was definitely worth a watch during Summerfest 2016.