There are some places in town that most everyone has seen from the outside, but that few have actually entered. St. John de Nepomuc rectory, 325 W. Court St., in the Haymarket Square neighborhood is one of those places.

There are some places in town that most everyone has seen from the outside, but that few have actually entered. St. John de Nepomuc rectory, 325 W. Court St., in the Haymarket Square neighborhood is one of those places.

I thought I might not ever get a peek until last week when walking by, I decided on a whim, to ask. And, on the spot, owner Mike Loos, who owns O'Reilly Motor Cars, whose maze-like complex is attached to the old rectory, said, "OK."

The cream city brick Gothic Revival building – which looks like a church, but isn't one – sat just north of the St. Johannes de Nepomuc Church that served Milwaukee's early community of Czechs, who fled the Austrian revolution of 1848. 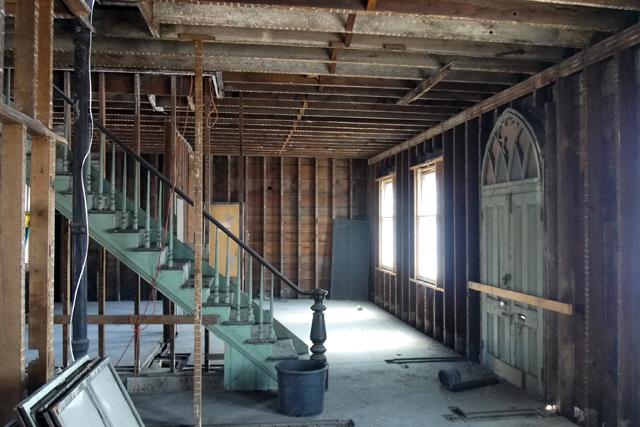 John de Nepomuc was a 14th century saint – one of the national saints of Bohemia – martyred when he was drowned on the orders of the apparently not so good King Wenceslaus.

While the Wisconsin Historical Society places its construction in 1859, with additions in 1867 and 1907, Russell Zimmermann's "Heritage Guidebook" suggests it was constructed in 1869. Another site dates the formation of the parish to 1863 and the rectory building to 1869, too.

Amy Nelson, associate director of archives at the Archdiocese of Milwaukee clarifies: "The parish St. John de Nepomuc was canonically established in 1863. From 1863-1867 parishioners worshiped at the former St. Peter’s Cathedral. In 1867 they purchased a church that was under construction from a Protestant group. The church building was completed and dedicated on Dec. 22, 1867. The school built and opened in 1868 and the rectory, which you toured, was completed in 1869." 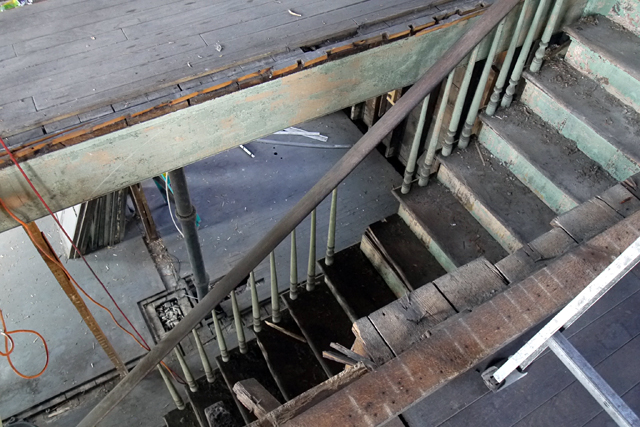 Zimmermann adds that the three-story building (in the shadow of Golda Meir School) with its Gothic arched windows and row of third-story peaked dormers, "was erected by Father Joseph Gartner to serve as a mission house from which priests of Czechoslovakian origin would travel to serve the Midwest. His dream never materialized and his parish ... used it as a rectory.

According to Nelson, Milwaukee's early Czech Catholics worshipped at St. Joseph Church on 11th and Cherry, which was demolished to make way for the freeway, and that church's pastor, Father H.J. Holzhauer, was a key figure in establishing St. John de Nepomuc parish.

"Once St. John de Nepomuc was canonically established Rev. Francis Zastera was appointed their first resident priest; he served from 1863 to 1866. Rev. Joseph Maly served from Easter Sunday 1866 to Sept. 20, 1867," she says. "It is during his time that the church building was purchased from the Protestants. Finally, Rev. Joseph Gartner was appointed on Nov. 10, 1867. It is under Rev. Gartner that the church, school and rectory buildings were completed."

The WHS report says, "The St. John de Nepomuc Rectory thus represents the only surviving trace of the Bohemian settlement in the Brewers' Hill area." 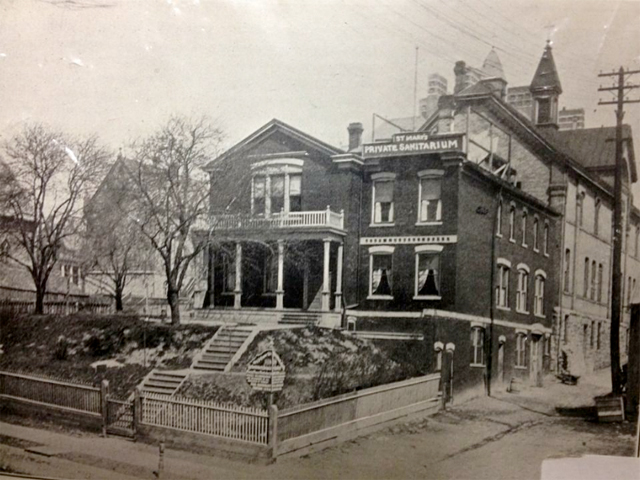 St. Mary's Private Sanitarium stood on the O'Reilly Motor Cars site on Cherry Street, at the alley.
In this photo, from left, you can see a bit of the old church and the south side of the rectory. Behind St. Mary's,
the school and, farther back, Golda Meir Elementary's chimneys, are visible.

I wouldn't be surprised if it's been more or less empty since then.

The parish merged with five others to create All Saints Congregation in 1994. 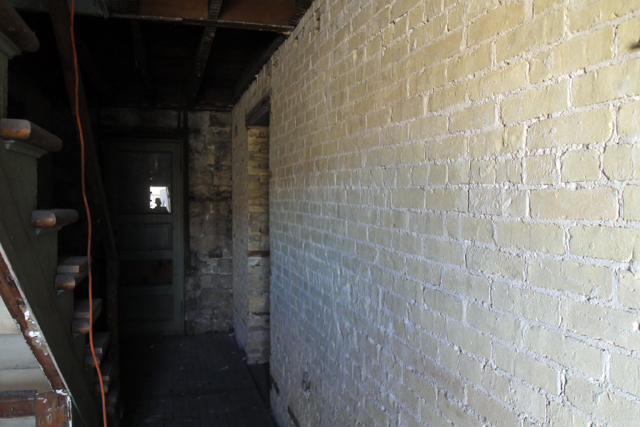 Since then, he's pulled down the crumbling plaster and lath and the interior is down to the studs, creating two big open spaces on the top two floors. There is still a boiler room with a cream city brick floor and a couple other rooms on the ground floor. One of them has decorative pillars.

In the latter room, because some of the wood floorboards are up, you can see the dirt floor just a few inches below.

There's also an attic that Loos says an adult can stand up in, but only where the roof peaks.

A few decorative elements remain, like some wood tracery above doorways and a vintage staircase.

Inside, he's worked to keep squirrels out and he's replaced broken windows.

Outside, there's some fine brick work, though most of it is obscured by 150 years or so of grime – and by a low building to the south – and some ornate ironwork that appears to be the remains of a balcony, curious because it appears to exit from the tight attic. You can see it best from the east side of the building. 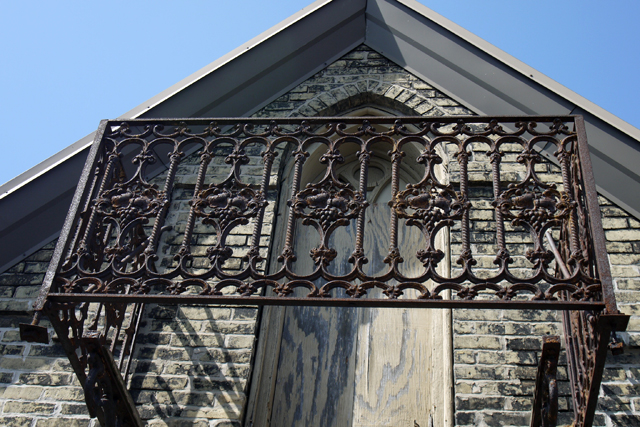 In an architectural statement on the building, posted by WHS here, it "is a Gothic Revival style building of singular design. ... The longer west front elevation parallels North Fourth Street. It is this elevation which incorporates the rather unique group of pointed arch openings which give the buiding its distinctive character. ... Together, the five closely spaced dormers give the Rectory a picturesque Gothic appearance. A band of small, round inset circles extends around the building between the first and second floor levels as well as above the dormer windows." 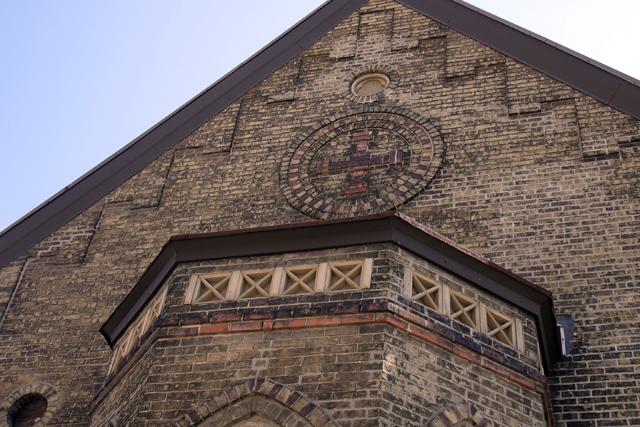 The ornate brick and stone work and the exterior of the bay.

The report notes that the rectory is the last remnant of a complex that filled half the block between 3rd and 4th, Court and Cherry Streets. The church had undergone changes during the 1940s, when it was occupied by a different congregation, but it was demolished in 1956. 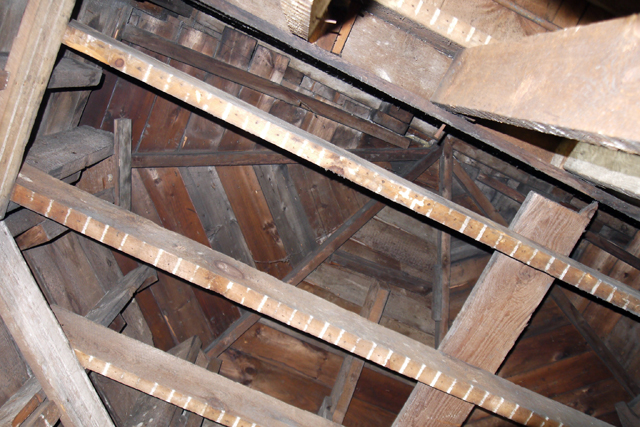 Carpentry inside the bay.


"The numerous examples of Gothic Revival churches which remain today date generally from the 1870s or 1880s," WHS notes. "Only the North Prsbyterian Church (now the MSOE Bookstore) at 1001 North Milwaukee Street predates the Rectory, having been built 1854-1855. The drip moldings, the rondels between the stories, the stone foundation and the decorative brickwork in the gable make it a particularly rich example in comparison to the North Presbyterian Church." 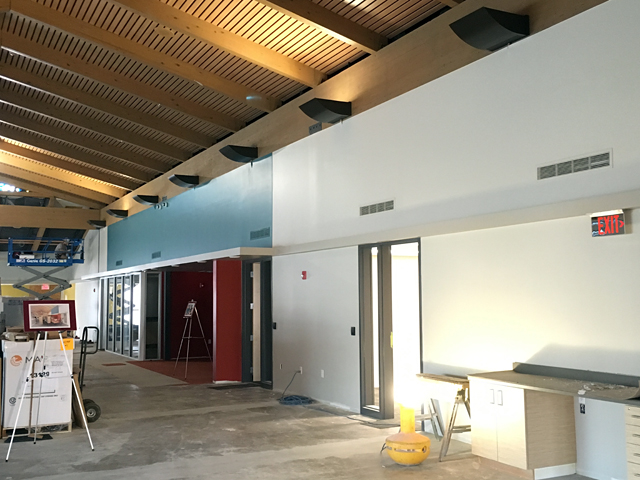 Well, now that the MSOE bookstore has also been demolished, it sure seems like Loos has got real historic gem on his hands.

But he remains unsure of what to do with it. He understands its significance and he talks of finding a good use for it – commercial or residential – and renovating it for the future. I'm eager to see what comes of it.

Sometimes it pays to ask.