New Barons and Component, both in the same building, now share a brew system

New Barons is teaming with its upstairs neighbors - Component Brewing, which occupies Enlightened's very first space on the second floor - to create a cooperative brewery set-up.

Last week, we got a peek into the plans for the first-ever New Barons’ brewery and taproom in the former Enlightened space in the Lincoln Warehouse in Bay View. (You can read all about that here.)

New Barons is teaming with its upstairs neighbors – Component Brewing, which occupies Enlightened’s very first space on the second floor – to create a cooperative brewery set-up.

"We are setting up pretty much the same arrangement that we did with the Enlightened guys," Degroote says. "They are providing us three seven-barrel fermentation vessels and in exchange, we will allow them to use our premises to make their product. 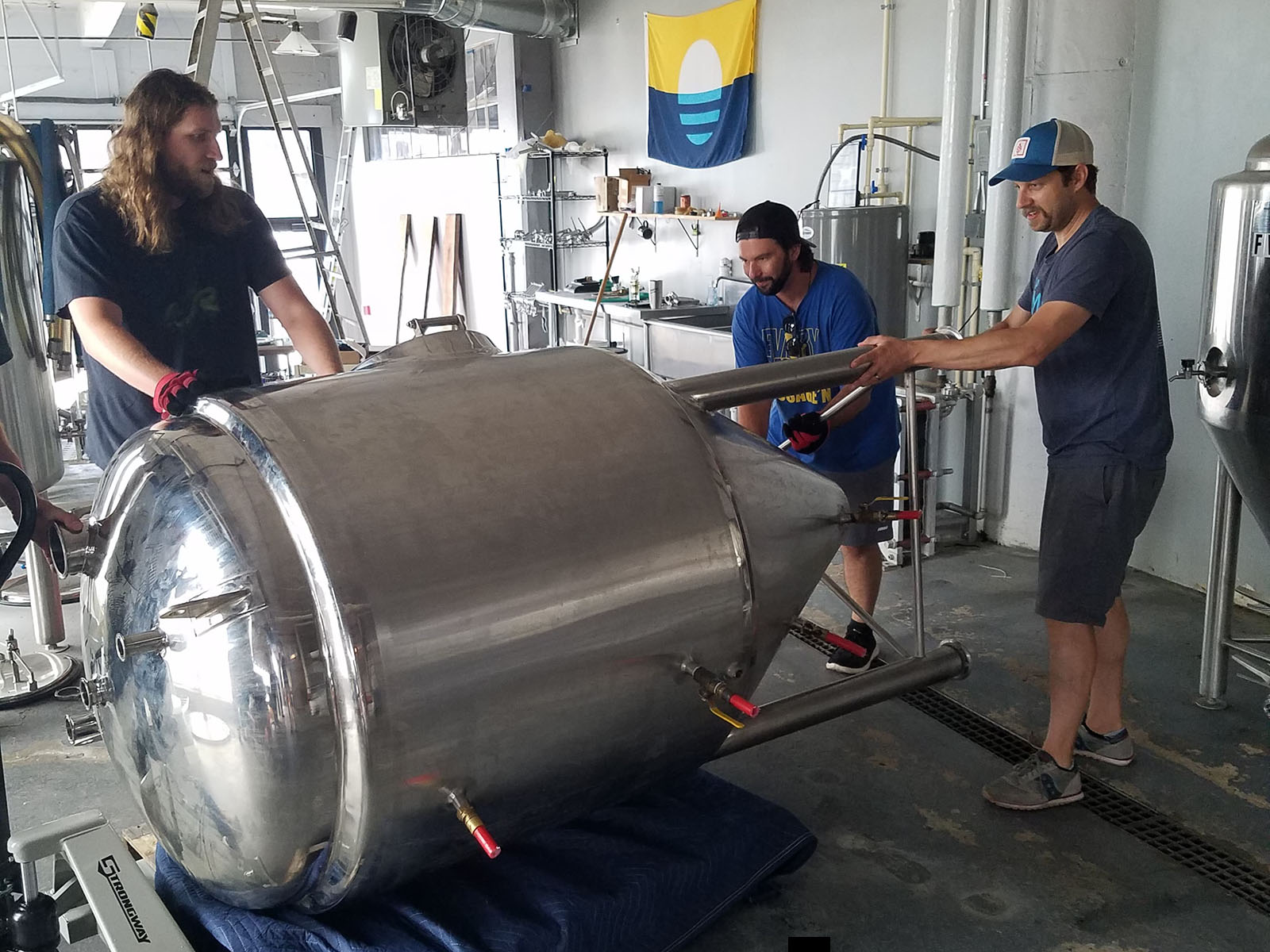 New Baron member/owner volunteers moved the tanks in on Wednesday.

The plan helps both breweries by providing more capacity and flexibility to each.

"We have always been limited by capacity on our one-barrel system since we started two years ago," says DJ Kowalske, who owns Component with his brother Steve and their cousin Jon. "We purchased Raised Grain’s old system in hopes of expanding about a year ago. We’ve had a few places that looked promising to expand but they feel through for one reason or another.

"In the current climate we have slowed the search temporarily and are lucky enough to have New Barons moving into Enlightened’ s old space. They needed fermenters and we just happen to have some sitting in a garage just waiting to get out of retirement!"

The new capacity will allow Component to create new beers.

"We will be able to expand our offerings to restaurants and eventually liquor stores as well," says Kowalske. "We have such a great following and people are always asking where they can find our beer. The answer used to be ‘only in our taproom’ but that should change soon."

"We figure the co-op is nothing if not a place to share resources, and given that our journey to this point has heavily leaned on sharing tank space with others, why stop now," Degroote says, adding that it all sets the stage nicely for collaboration brews between New Barons and Component.

"Collaboration has always been fun and now it’s practical as well," says Kowalske. "Looking forward to brewing seven barrels at a time with our neighbors!"

The tanks, Degroote says, were brought into the space on Wednesday.

"We agreed to the deal with them last week," says Degroote. "The next step is to plumb these tanks in, waiting for the government paperwork to finalize, then we'll start alternating the use of these tanks."