Is this the Milwaukee Bucks' new alternate jersey?

The Bucks have been teasing on social media a big colorful unveiling on Wednesday, Oct. 9 - more than likely, the team's new alternate uniforms for the 2019-20 season. However it appears it's already made its way online.

The Milwaukee Bucks have been teasing on social media a big colorful unveiling on Wednesday, Oct. 9 – more than likely, the team's new alternate uniforms for the 2019-20 season. However, as with just about every new uniform announcement, it appears it's already made its way online thanks to a leak from Legion Hoops.

A photo has surfaced of the Bucks alternate jerseys.

There's been no official confirmation from either the Bucks or any of the internet uniform experts; however, there's also a leaked photo of D.J. Wilson wearing the jersey while filming a promo, and the design matches the stripe logo teased in the social media videos. So it seems pretty legit.

If this jersey looks familiar, it should: It's essentially a black version of their cream alternate uniforms from a few years back, with the Bucks deer head placed in the center of a horizontal "Irish rainbow"-inspired band and the number below the stripe. If last year's MECCA-inspired alternates caught everyone's eye – for better or worse – these ... are fine? I'm still figuring out how I feel about the blue stripe, which intriguingly pops but also pops REAL hard to the point of looking like it might be neon.

That it just feels like a re-skinning of an old alternate also feels a little predictable – and plus, don't the Bucks already have the black "Fear the Deer"/Statement edition alternates? Seems a little redundant – unless these numbers are replacing those. (Prediction: These are almost certainly replacing them.) 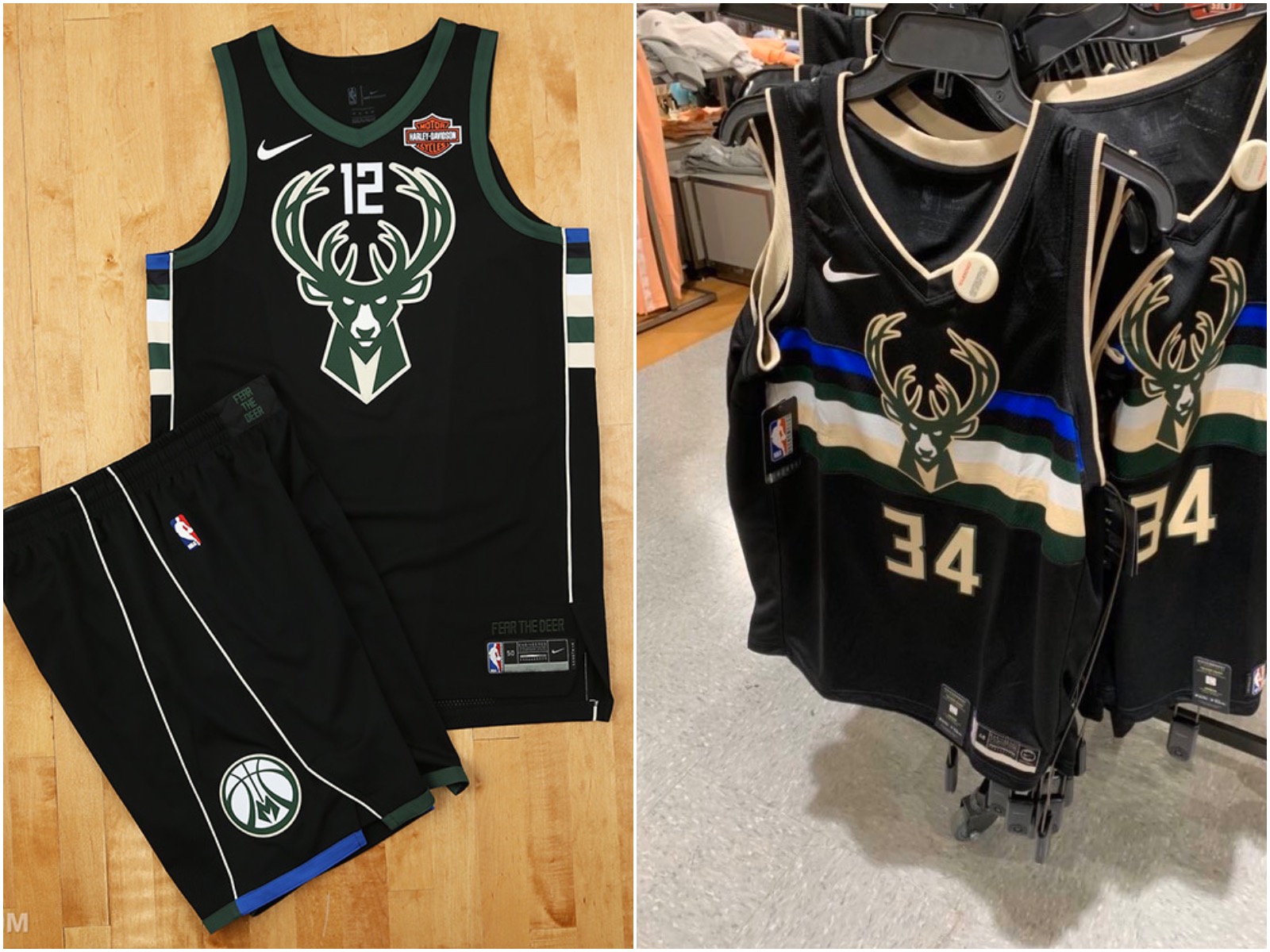 But the biggest issue with the supposed uniform: Why is this not the purple throwback? Bucks, you are leaving money on the table.

Or maybe they're not! According to the social media teases, we'll find out tomorrow if this is indeed the Bucks new alternate – but even if this is the confirmed new jersey, considering Milwaukee will have a total of three alternate looks, there's still hope the purples may appear at some point. (Bonus prediction: If these are the new main alternates, or Statement edition uniforms, they'll bust out the '90s throwbacks or a variation of them for their City – the yellow MECCA numbers from last year – or their Earned edition uniforms, aka the white MECCA look that the team received due to making the playoffs the year before.)