Even after the fifth anniversary bash is over, Crafty Cow is taking its anniversary as an opportunity to reflect on the past and make changes for the future ... and that includes a number of delicious new burgers.

It’s been five years since Crafty Cow opened the doors of its first location at 153 E. Wisconsin Ave, in Oconomowoc, followed in 2017 by the Bay View restaurant at 2675 S. Kinnickinnic Ave.

To celebrate, the Oconomowoc location will host an anniversary bash on Saturday, Dec. 14 from 4 to 10 p.m. The party will feature a very special menu (with some one-night-only specials) along with a 20-tap takeover by Central Waters Brewing Co.

But, even after the bash is over, Crafty Cow is taking its anniversary as an opportunity to reflect on the past and make changes for the future.

"We’ve always wanted to do great burgers," says co-owner Devin Eichler. "And five years ago, we were the only ones doing what we were doing. But now, so many places have burgers, and a good number of them are doing things similarly to what we are. So we’re stepping up our game. We really want to push ourselves to be the best burgers in the city."

In turn, the restaurant has taken a look at the quality of its ingredients overall and made a number of changes that Eichler says he hopes will allow them to set themselves apart.

Some changes are subtle. Crafty Cow has always served its burgers on brioche buns; but starting next week, burgers will be served on brioche buns that are slightly less dense and more absorbent (an asset for Crafty’s loaded burgers, which often have multiple toppings).

The new buns will also be more efficient in soaking up the juices of Crafty Cow’s new upgraded beef burgers, which are comprised of a tasty blend of natural Black Angus brisket, chuck and sirloin from Creekstone Farms, an operation dedicated to humane treatment of their livestock, including ensuring their beef is processed in a facility designed by animal activist Temple Grandin.

"The beef has such good flavor that we’re foregoing seasoning and allowing it to speak for itself," says Eichler.

Crafty Cow is also introducing a number of new burgers to its line-up beginning Tuesday, Dec. 17.

You’ll still find favorites like the Cheesehead, stuffed with five cheeses and topped with bacon, cheese curds and cheese sauce ($14);  and the Meatasaurus Rex, a stunt burger that's loaded with pulled pork, bacon, brisket, a fried egg, BBQ and white BBQ ($16); and the True Grit with white cheddar, bacon, battered onion, jalapenos and BBQ ($11), an ode to Eichler’s grandfather who was a huge Western fan. 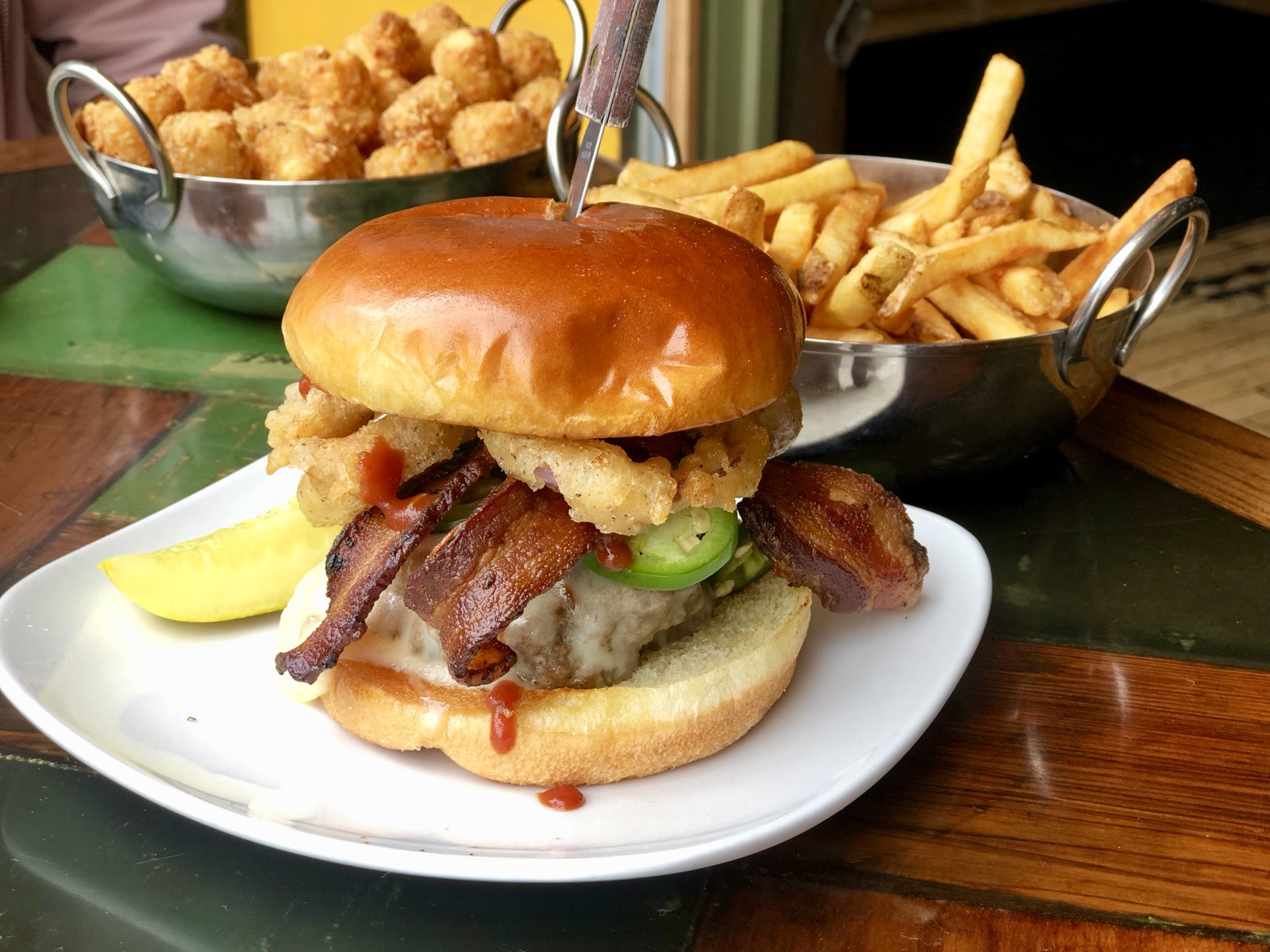 First up is the Dirtiest Swiss, an upgraded take on a mushroom Swiss burger that’s stuffed with Swiss cheese and topped with soy glazed wild mushrooms, caramelized onions and parmesan and herb aioli ($11). "It’s the former Dirty Swiss," says Eichler. "Only dirtier." 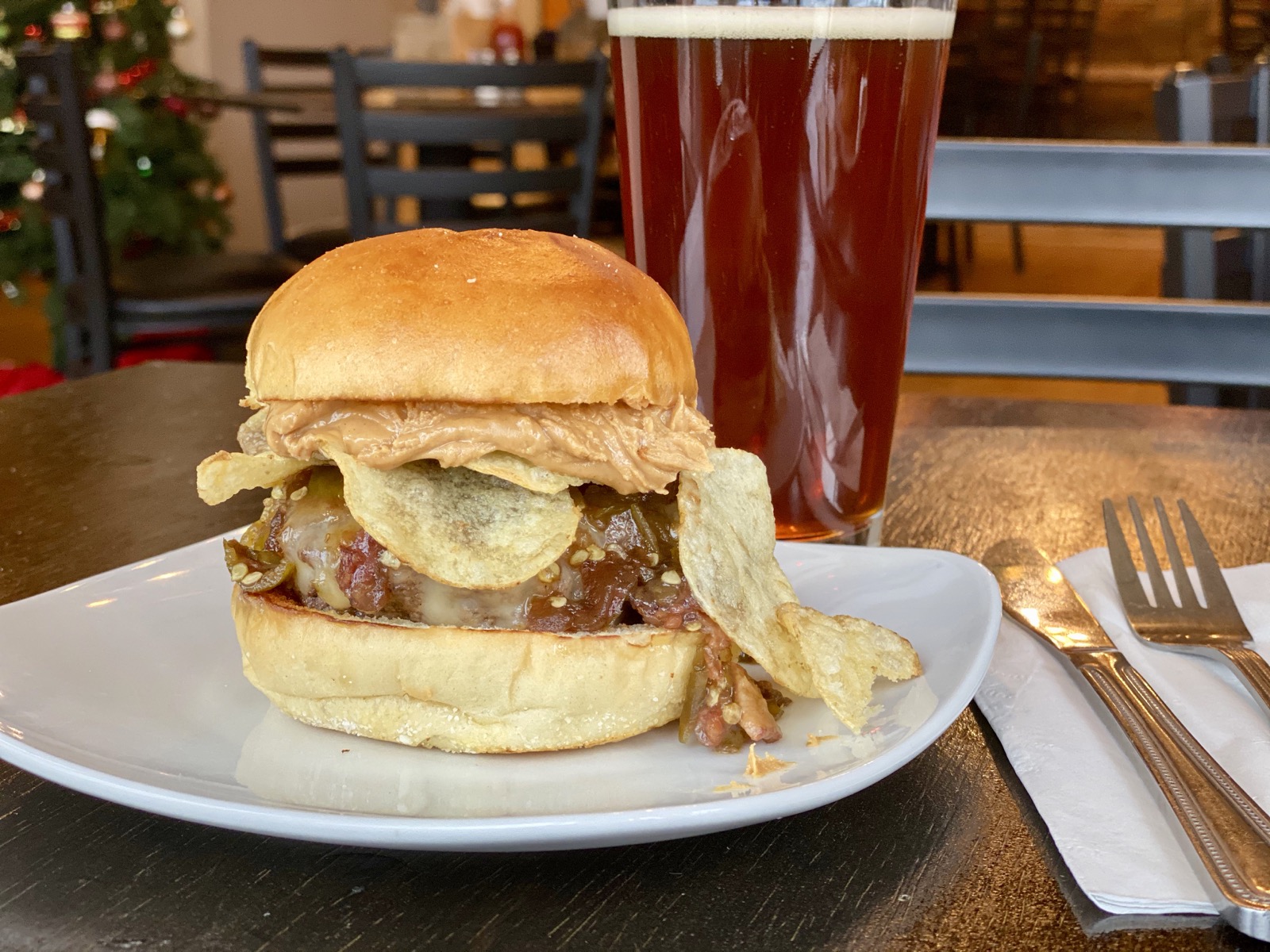 "It’s like a stoner’s dream," says Eichler. "It’s got all the snacks, a PB&J vibe and all sorts of texture."

Meanwhile, the Muenster Cristo is a take on the classic sandwich. It’s stuffed with muenster cheese and topped with fire smoked ham, fig jam, red onion and grainy horseradish mustard ($13)

"The ham is the star of this one," says Eichler. "It’s just so juicy and meaty. And the fig and horseradish both play really well with it." 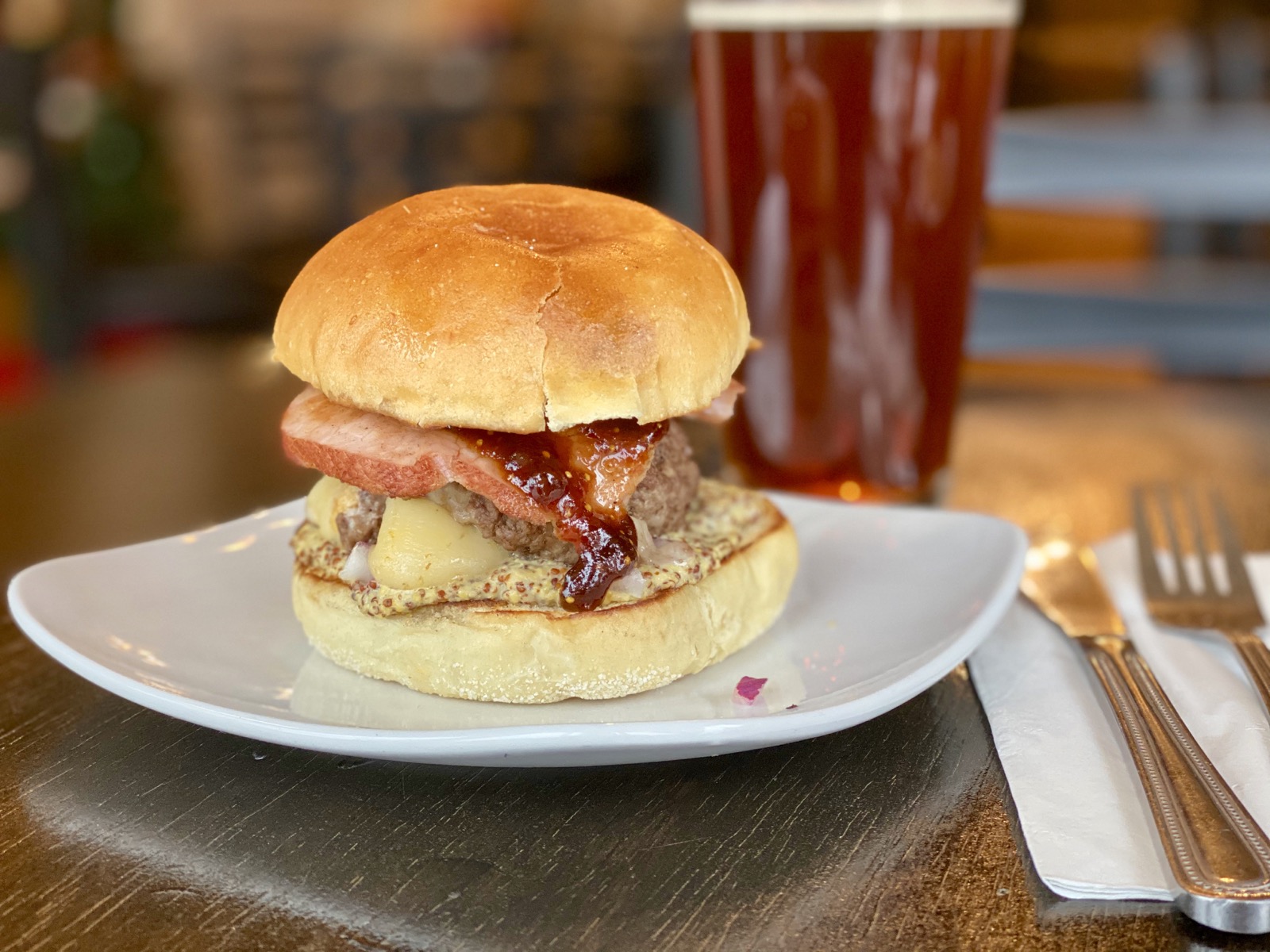 Next up is the Southern Belle, a Milwaukee-only offering that Eichler says weaves together Crafty Cow's burger expertise with the Southern inspiration that accompanies the fried chicken and sides. It’s stuffed with pimento cheese and topped with fried brussels sprouts, bacon, honey butter and tomato spread ($13.50).

There’s also the Big Poppa, a hyped up jalapeno popper burger that’s stuffed with jalapenos and cream cheese and topped with bacon, cilantro aioli and a medley of colorful poblano and sweet peppers. 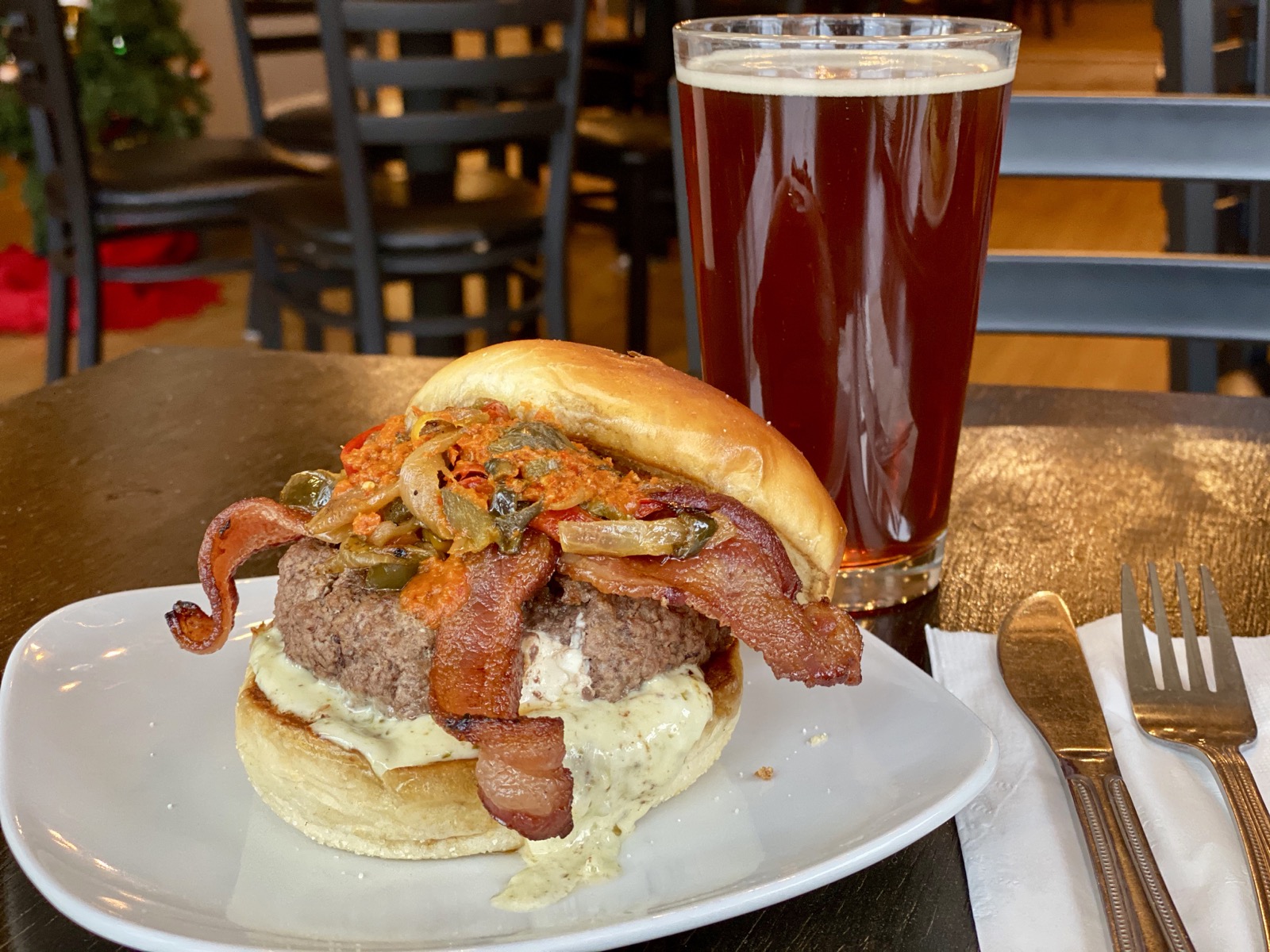 And, on Fridays and Saturdays only, you’ll find the Lobster Butter Burger, a brisket and sirloin smash burger topped with bone marrow butter and lobster claw meat (price TBA).