On the Bayou is a restaurant that's had its share of trials and tribulations since opening (under its former name) in 2013. But it's also a venue run by operators with a passion for giving Milwaukeeans a true taste of Louisiana.

On the Bayou opened its doors at 2053 N. Dr. Martin Luther King Dr. this past November. But Milwaukee food lovers are likely to be familiar already with the restaurant that operated for nearly five years as The Big Eazy.

The restaurant and banquet hall, which specializes in both American and Louisiana-style cuisine, is owned by Chef Gregory Johnson and his wife Janice, along with Delores and Tony McGaughy, Sr.

It’s one of a handful of small, family-run businesses to recently set up shop in the Bronzeville neighborhood, bringing new life to old and often empty storefronts. It’s also about as close as you can get to to the food in New Orleans, without traveling 1,000 miles south. 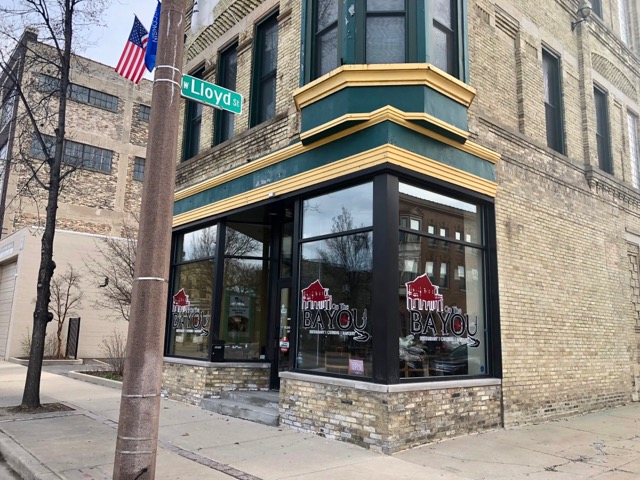 If you’ve never dined at the restaurant, it’s worthwhile to note that Johnson, who spent 25 years living in New Orleans before Hurricane Katrina, brings a pretty good game to the table. He serves up standards like Louisiana-style shrimp and grits ($15.95), blackened redfish and etouffee ($18.95) and "Gumbo Man" Johnson’s famous gumbo with a choice of seafood or chicken and sausage ($7.95 or $5.95 per cup and $14.95 or $12.95 per bowl). 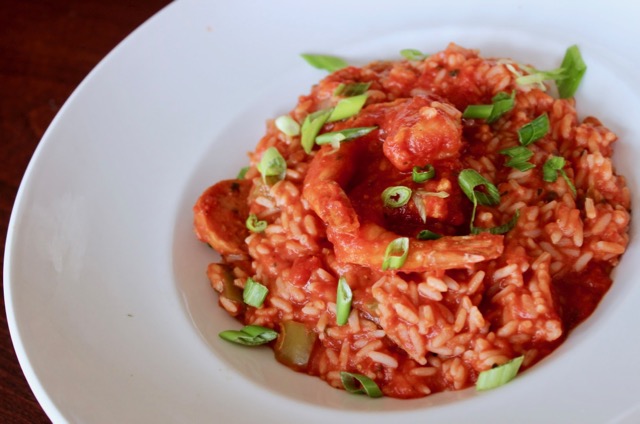 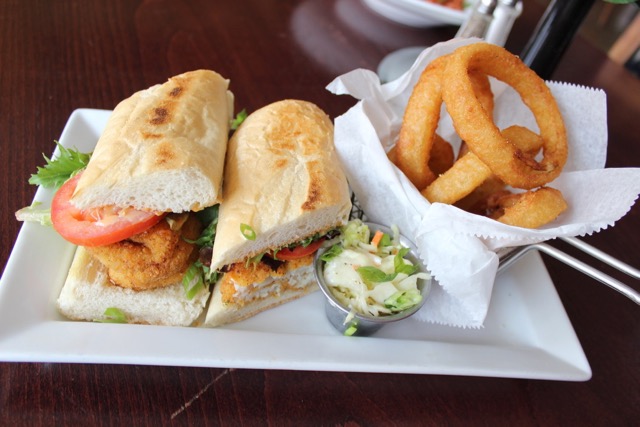 On the Bayou is a restaurant that’s had its share of trials and tribulations since opening (under its former name) in 2013. But it’s also a venue run by operators with a passion for giving Milwaukeeans a true taste of Louisiana.

"Since I was 15 years old I dreamed about having a Louisiana-style restaurant," notes Johnson, a Milwaukee native who graduated from Messmer High School before moving to New Orleans and living there for a quarter-century.

Throughout his time in New Orleans, Johnson worked in the service industry, holding down numerous jobs from busser, bartender and waiter to chef and caterer.

"I remember there was an older guy at the Fairmont Hotel, where I was applying for a job, he says. "And he said, ‘Son, I’m getting ready to retire. Learn everything you can, don’t just do just one thing. And don’t worry about the money; the customers will take care of you.’ And that’s what I did. I was always flexible, and I did what I needed to do."

For more than two decades, Johnson built his career job by job. He was living in the Lower Ninth Ward, an area long known for possessing the highest percentage of black-owned homes in the city. But everything changed on Aug. 5, 2005, when Hurricane Katrina hit the area, destroying everything in its path.

"I’m blessed to be out of there," says Johnson. "Just before the storm hit, we had a convention in town, and we were making good money. But our pay day was on a Friday. And Katrina hit on a Tuesday. All the ATM machines were out of money. The stores were out of water, and I had maybe $10. And my aunt, who I came back here with, had money, but she couldn’t get to it in the bank."

At first, he says, they thought the storm would blow over, as so many had done. However, as the hours wore on, reports about the severity of the storm made them realize they needed to take action. Johnson, along with his aunt and cousin, got in the car. Their plan was to head to Florida, but Johnson says that was impossible.

"The State police kept redirecting us," he says. "So we decided to head north to Milwaukee. It was weird. The sky was really dark and the car was rocking back and forth. And there were so many cars that we was going about 2 miles an hour."

When they got to Milwaukee, Johnson says, between the three of them they had $10, a half tank of gas and the clothes on their backs.

"I’d been gone for so long that I was really alone," he recalls. "Some of my family had moved and I didn’t have a lot of friends left. It was really hard. But I was blessed. My house in New Orleans was near an oil refinery and a water treatment plant. When they were destroyed, there were chemicals and sewage everywhere and flooding that reached the roofs of the houses.

"I really escaped the worst. But it was hard. I lost so many people; I still have friends I’ve never found. ... It wasn’t about the material possessions; it was the people, the lives, our way of life."

Johnson acknowledges that he was also fortunate in terms of employment. He’d been working for Marriott Hotels, and they ensured he got his final paycheck, as well as securing him a transfer to a hotel in Milwaukee. As time wore on, he found himself applying for another position with the Hilton Hotels. That’s when he met McGaughy, who was working as their banquet director. The two became fast friends.

"He’d always talk about how he wanted his own restaurant," says McGaughy. "And I’d tell him about how I wanted my own banquet hall."

About a year after moving back to Milwaukee, Johnson met Janice. Together, they started a catering business called Gumbo Man. As the business grew, they launched a food truck with the same name. Despite its success, Johnson says he still had the desire to own a brick-and-mortar restaurant.

It was by chance that, one day as he was driving, he passed a building on MLK Drive with a sign in the window, advertising its availability to a restaurant operator. The building itself was in terrible shape, but the landlord agreed to take on the remodel if the right operator put a restaurant there.

"At that point, Gregory came back to me and told me he’d found a place," says McGaughy. "And at first I didn’t believe him. But then he showed it to me. And The Big Eazy was born." 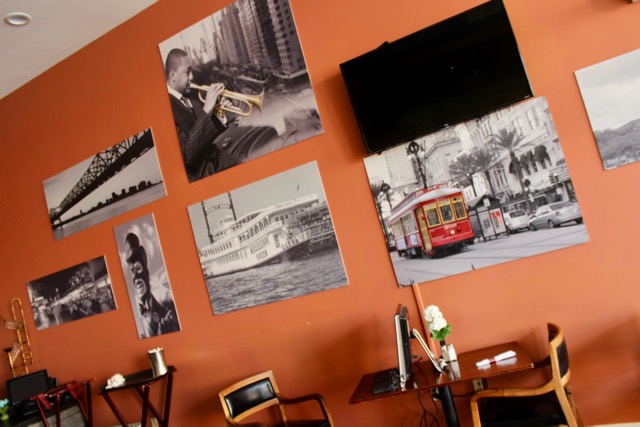 From Big Eazy to On the Bayou

The Johnsons and McGaughys opened The Big Eazy in 2013.

"Business was great," says McGaughy. "We had Sunday brunches and Friday fish fries … and the restaurant was packed."

For nearly four years, The Big Easy brought its signature Louisiana-style dishes to an eager dining public. And things appeared to be going their way. But in August 2017, the owners made an unfortunate discovery.

"It was our first restaurant, and we thought we knew what we were doing," says Johnson. "We hired someone to keep our books and file our taxes. We trusted her, but in the end, we found out she never filed our taxes … so right when we got to the top of the hill, we were shut down."

Says McGaughy, "We got a lawyer, settled things with the state and reached an agreement to pay what they owed. But we had to start again. We almost gave up, I’m not gonna lie. But something in the back of our heads kept saying: ‘Do what you have to do to get this back.’"

It took a village to bring the business back, including the help of a compassionate landlord who allowed them to reopen in the same space.

"But it’s been a fight," Johnson says. "We had to get our name out there again. A lot of people don’t know we’re the same business. Some of our regular customers are slowly coming back, but it’s taking time."

On the Bayou is open on Friday from noon to 9 p.m., during which they feature their full menu and an all-you-can-eat fish fry.

On Saturdays from 8 a.m. to noon they serve up their Big Breakfast, a buffet-style breakfast that can be eaten at the restaurant or taken to go. The cost is $12.95 and guests can choose from about 10 items, including bacon and eggs, grits, biscuits and fruit.

Meanwhile, Sundays from noon to 5 p.m. are Soul food Sundays. Guests can partake in an all-you-can-eat buffet featuring classic comfort food items like greens, macaroni and cheese and entrees such as smothered pork chops.

On the Bayou’s full service banquet hall, which accommodates 100 guests, is also available for rent.

Visit onthebayoumlk.com for additional information and a schedule of upcoming events, including open mic nights on Thursdays.