There are over 60 new Wisconsin State Fair foods. Which ones should I try?

This article is brought to you by the Wisconsin State Fair, which has proudly added over 60 gut-busting additions to its menu for 2019. Among the new dishes being offered, there are a number of oh-so-Wisconsin treats, a few refreshing new beverages and some crazy, creepy offerings that will either make you gag or exclaim with glee.

We'd like to interrupt the arterial recovery you've been experiencing since the close of Summerfest with a new list of diet-destroying treats.

This round is brought to you by the Wisconsin State Fair, which has proudly added over 60 gut-busting additions to its menu for 2019.

Among the new dishes being offered, there are numerous oh-so-Wisconsin treats, a few refreshing new beverages and some crazy, creepy offerings that will either make you gag or exclaim with glee.

And all of them are fair game for my annual State Fair food tasting extravaganza during which I eat a great many new State Fair Foods and report back to you with all the details (scroll down to weigh in with your picks). 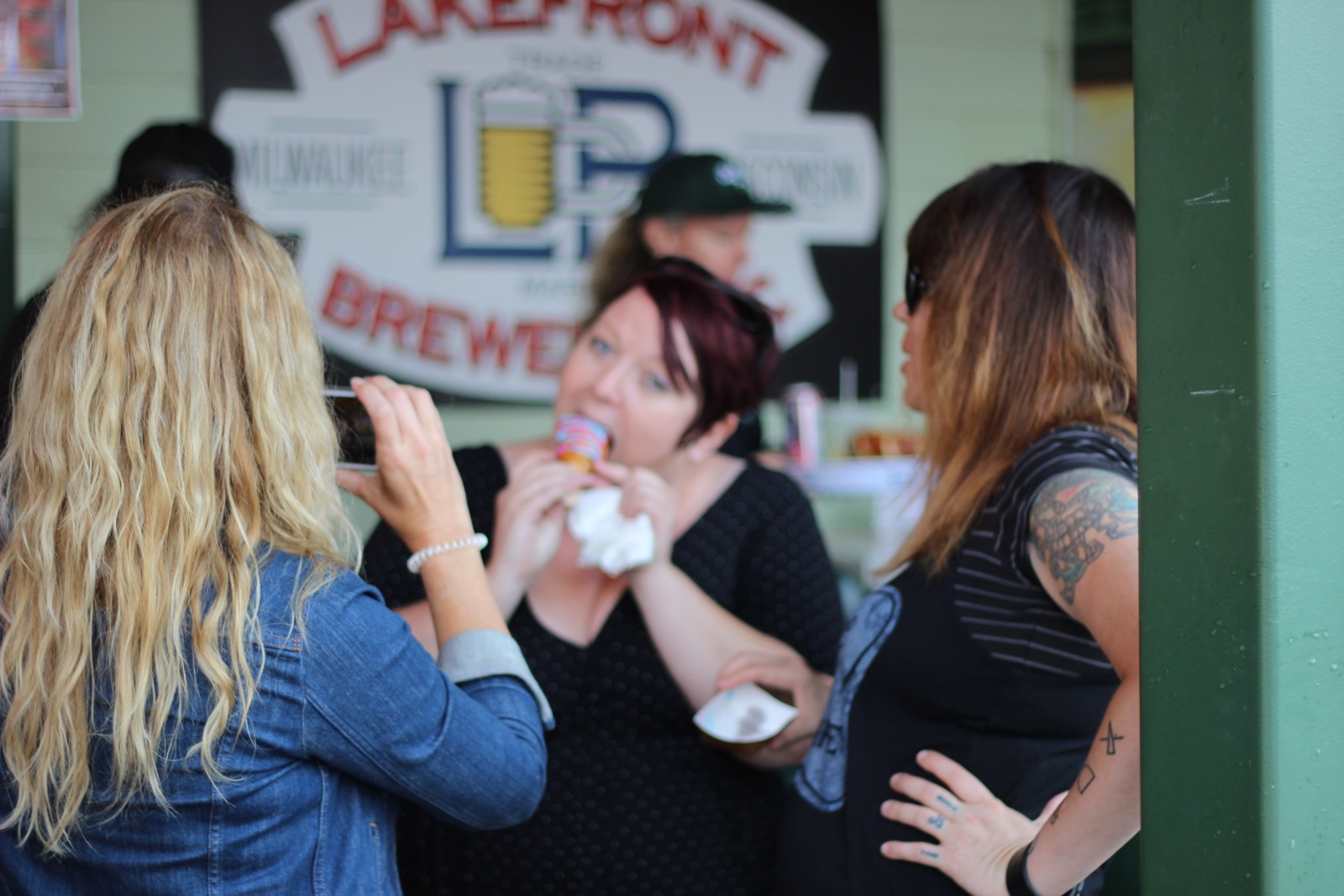 I was pleasantly surprised to see the number of Wisconsin-inspired offerings being served by vendors this year.

Let’s start with the Deep Fried Milk & Cookies. I’m surprised it took someone this long to capitalize on the white gold of the Dairy State. You’ve probably already guessed that it’s not really deep fried milk. It’s actually cubes of "milk pudding" that are breaded, deep-fried and served with Oreo cookie dip on the side. Hey, we’re not judging.

Or how about the Wisco Stick, a skewer loaded with beer-battered brat slices and cheese curds that’s deep-fried and served with a side of spicy mustard aioli for dipping? Yeah. If that doesn’t say Wisconsin, I don’t know what does.

Coffee lovers will be excited to find that – for the first time – Nitro cold brew coffee will be a feature at the Fair. Slim McGinn’s Irish Pub will have the smooth, refreshing brew on tap. They will also be serving it Affogato style, poured over a scoop of vanilla ice cream.

Sprecher has also been busy coming up with new ideas for the Fair, including brand new Frozen Beer Slushies in flavors like Wheat Ale with Mango, Mexican Style Ale with Lime and Sea Salt, Belgian Style Ale with Pineapple and Hefe Weiss Strawberry Lemon Ice.  Three of the flavors will also available as Freezer Brews (essentially tasty beer popsicles).

And yes, the unicorns are back. This time, they’ve sprinkled some extra special magic on the Unicorn Beer Float, a one-of-a-kind creation featuring Lakefront Funnel Cake beer topped with two scoops of cotton candy ice cream and sprinkles (of course).

There are also numerous options for folks who just can’t get enough of the wonky and the weird.

How about trying your hand at the World’s Hottest Jerky On-A-Stick? Made with beef and "the world’s hottest chili peppers," this one promises a big burn that you might just feel for days.

Looking for something with a different kind of bite? How about Snake Soup made with "flavorful vegetables and rattlesnake meat" ... yeah, it’s an option.

And yes, if you’d like to eat some insects, you can do that too. The list starts off with Bug Tacos made with "real crickets and worms" and extends to the sweeter side with the Grasshopper Slushie On-A-Stick, a "gourmet" fruit pop is made with pineapple, kiwi, orange juice and … grasshoppers.

Good? Or gross? You’ll have to try them to find out.

Help me make my list of foods to try

For the fourth year running, I'll be reviewing at least ten of the new Wisconsin State Fair foods. I've got a small list started of things I'm interested in trying (including the Unicorn Beer Float and the new garlic cheese curds), but I'm also taking requests!

Leave your suggestions for foods I should consider in the comments below or email me at lori@staff.onmilwaukee.com (use subject line: State Fair Foods) on or before July 29. I'll try to include as many of your suggestions as I can. In the meantime, you can take a look back at the 10 State Fair foods I reviewed in 2018. 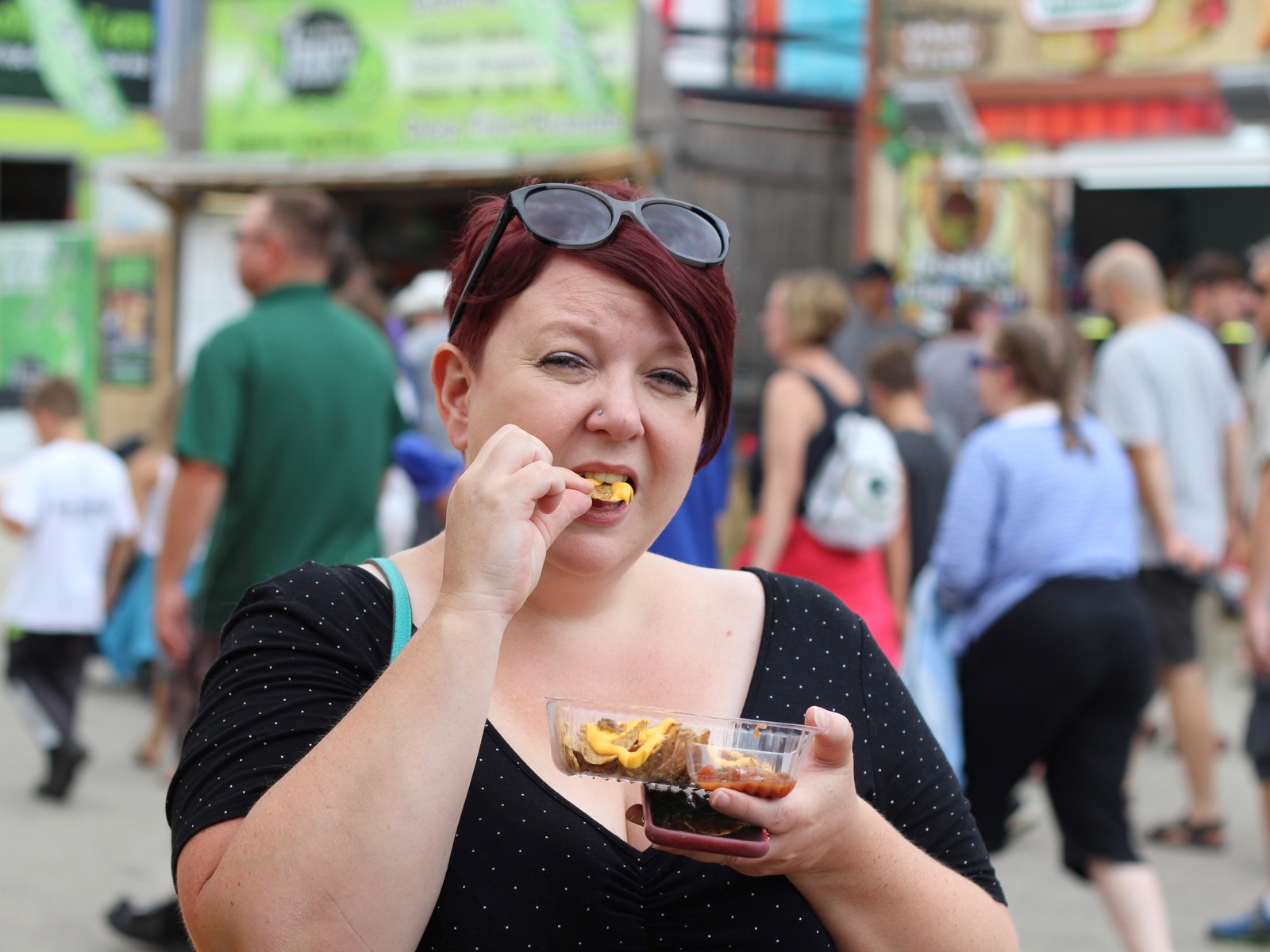 ALL the new foods at the Fair

For your convenience, here's the complete list of all the new foods at the Fair (along with where to find them). You can also find more favorite dishes using the Wisconsin State Fair Food Finder.

25 Items to Eat at the Wisconsin State Fair: 2013 edition