WATCH: A look inside the future home of the New State Theater

A group of neighborhood residents, business owners and musicians got together to launch a plan to buy the abandoned State Theater - aka The Palms and Hoops - and redevelop it. On Thursday morning, two of the team members took me inside to show me, well, the state of the State. Here's what we found.

In November, a variety of City of Milwaukee entities lent support to the idea of turning the former State Theater – also known as The Palms music club and Hoops strip joint – at 2612-16 W. State St. into a new venue called The New State that would have performance space, a recording studio and other facilities.

Later in the month, the city approved the sale of the long-vacant building, which suffered a fire in March 2017 that appeared from the street to be potentially ruinous for the theater, which opened in 1915 as a movie house, and was later a rock and roll club that hosted early performances by the likes of The Police, Metallica and U2.

Instead, a group of neighborhood residents, business owners and musicians got together to launch a plan to buy the theater and redevelop it. One of the partners is FREESPACE, which runs a monthly concert series that aims to connect Milwaukee musicians with young people. 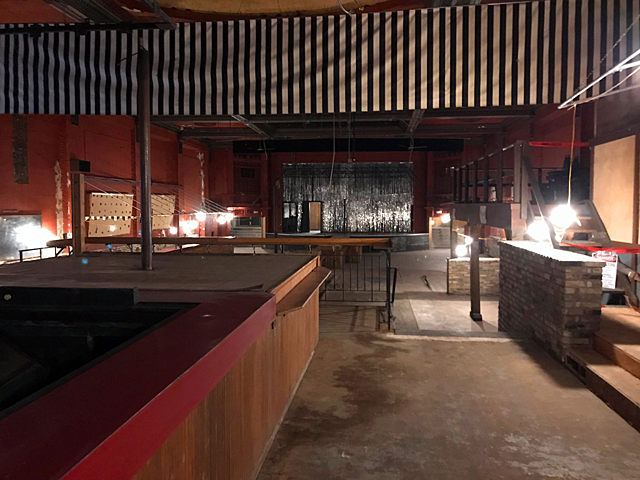 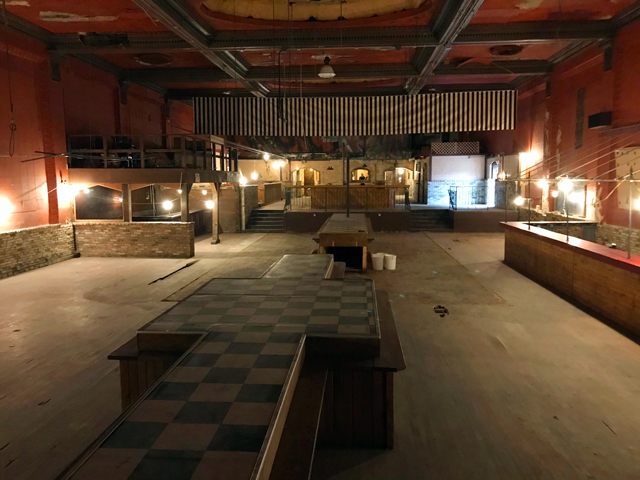 The New State, which would occupy the former theater and an adjacent parcel of land it purchased at the same time, would include an all-ages music performance space and facilities for educating young people in musical instrument and sound recording skills, as well as knowledge required for careers in the music business.

The vacant land will be used for parking and, on the corner of 26th and State, a pocket park, which is expected to be ready by summer 2019.

According Neighborhood News Service, The backers of the project are raising $2.5 million for renovations to the building and an additional $1 million to support West Side Arts Unlimited, a nonprofit organization behind the project's education and training program. 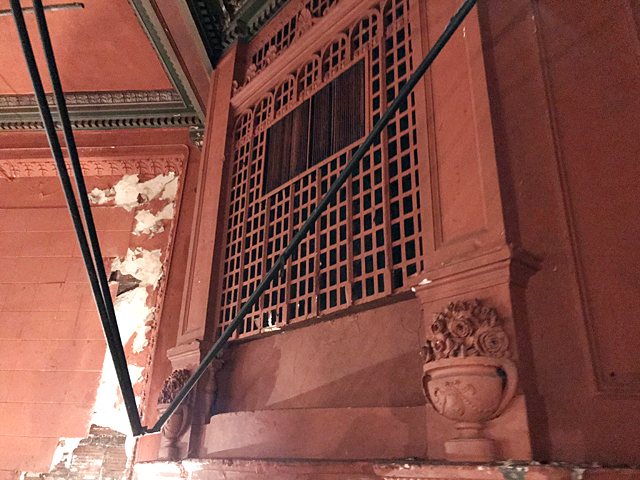 A renovation plan for the site is being created in tandem with Allyson Nemec of Quorum Architects.

The plan is one of a number of exciting developments taking place in the Near West Side neighborhood, including the conversion of the nearby former Wisconsin Avenue School into a luxury suites hotel by Ambassador Hotel owner Rick Wiegand and ongoing renovations at the former Concordia College campus, now Forest County Potawatomi's Wgema Campus.

Nemec is also working to purchase from the City of Milwaukee an abandoned single-story retail building just across the alley from the State Theater for redevelopment. 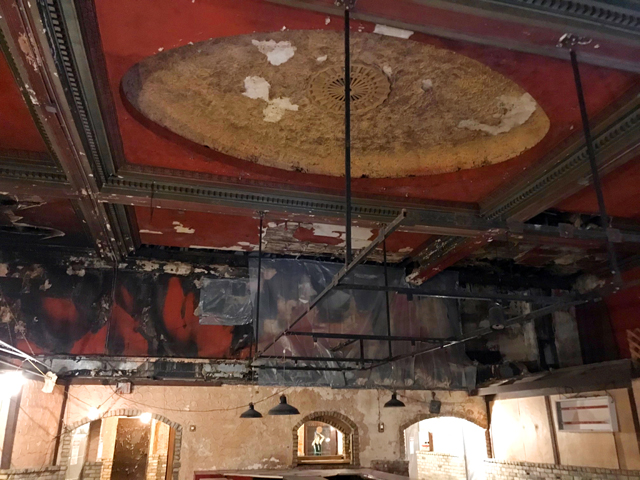 On Thursday morning, two of the team members – Andrew Parker, owner of the nearby Manderley Bed & Breakfast, and Nemec (who, coincidentally, was with me the first time I toured the theater, before the fire, about three and a half years ago) – took me inside to show me, well, the state of the State.

I was amazed to see that the interior of the theater looked to actually be in better shape than when I last saw it, thanks in large part to the fact that tons of accumulated junk was removed during asbestos abatement work. 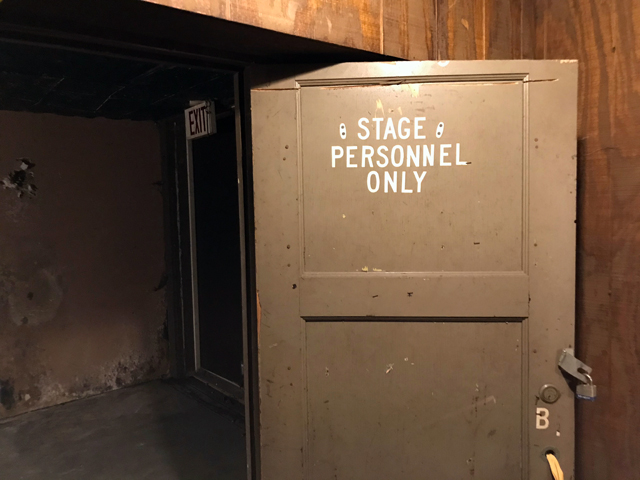 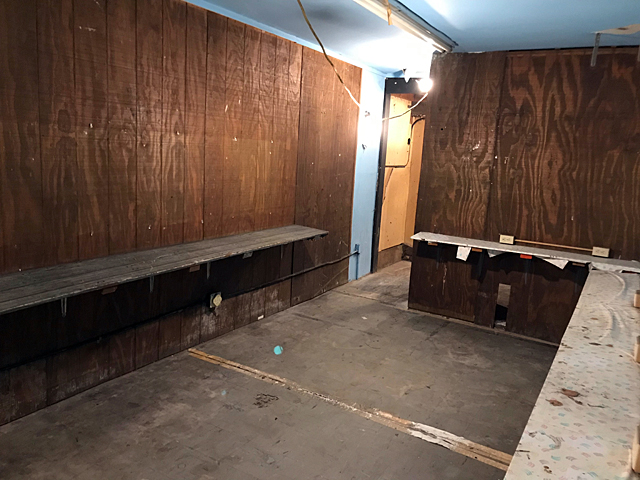 The 2017 fire was contained to the upstairs apartment at the front of the building and did not affect the theater at all.

Watch this video to see inside and to hear Nemec talk about the plan: