After brewing through the Barley to Barrel program, the New Barons Brewing Cooperative is ready to share its creations with the masses on Friday, Dec. 16 at the Riverwest Public House, 815 E. Locust St. The event is free and runs from 6:30 p.m. to midnight.

By 2018, Wisconsin should have its first cooperative brewery if all goes according to plan for the members of New Barons Brewing Cooperative.

"Anyone who has ever wanted to own a brewery, now’s the time," says John Degroote, New Barons founder and board member.

The start-up brewery is equally owned by 62 people (and counting), all of whom paid $200 for one share of the company. Anyone who buys in automatically becomes a member / owner.

"Our membership is a mix of all different kinds of people, from architects to bartenders," says Degroote. "Everyone is good at something and everyone can contribute in their own way. That’s what the cooperative concept is all about."

After brewing through the Barley to Barrel program, the New Barons are ready to share their creations with the masses on Friday, Dec. 16 at the Riverwest Public House, 815 E. Locust St. The event is free and runs from 6:30 p.m. to midnight.

Brewery members will get $1 off New Barons beers, Hanal Pixan Mole Porter and Rowdy Night Inn Oatmeal Stout, both of which will be on tap during the event. Hot By Ziggy will perform at 8:45 p.m. Food will be available through Little Havana food truck and Milwaukee Low Life will hawk their wares.

Currently, the cooperative is shopping for a space and plans to move into a permanent home by 2018 after recruiting more members and raising funds. Ideally, they would like the business to be located in Walker’s Point or nearby neighborhoods and house a 15-barrel brewing system.

"Ultimately, the members will decide where the brewery goes," says Degroote.

In early 2017, New Barons’ beer will be available on tap at a variety of bars in Milwaukee and beyond. 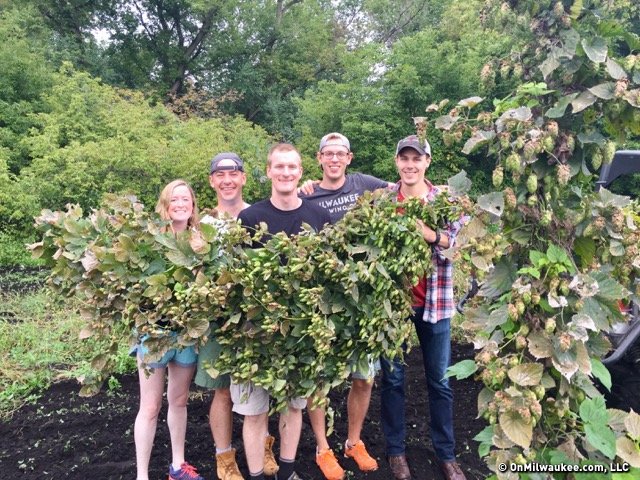