Chase Anderson, new executive chef at Dream Dance Steak, says he wants to bring the shine back to a restaurant that has lost its luster over the years. A preview of the new menu says he's on the right track.

"When I first moved to Milwaukee, I remember people saying that Dream Dance was a destination in an of itself," says Chef Chase Anderson of Potawatomi Hotel & Casino. "I feel as if, over the years, that changed, and it’s not the case anymore. And I want people to come back and try the food and fall in love with it all over again. I want them to see that it’s a great restaurant, that just happens to be in a casino."

I last wrote about Chef Chase Anderson in 2013 when he was working as pastry chef for Wolf Peach restaurant in Brewers Hill. Since then, Anderson has acquired large-scale pastry experience in the kitchens of Potawatomi Hotel & Casino, and most recently moved up into the position of executive chef at Potawatomi’s Dream Dance Steak, where he’s recently launched a brand new menu.

"When I took over, I made a commitment to modernize everything." Anderson notes. "We were really stuck in this place where we over-used fat, pork and salt. But, fine dining has gone a different way. Things are lighter, flavorful. And we don’t need to throw salt or pork fat on everything. We can let the ingredients speak for themselves."

"We tend to have a pasta dish as an appetizer," says Anderson. "The summer version was a beet gnocchi. I wanted to keep the dish, but I revamped it to include hickory syrup, roasted squash with cinnamon and fresh ricotta to add creaminess." 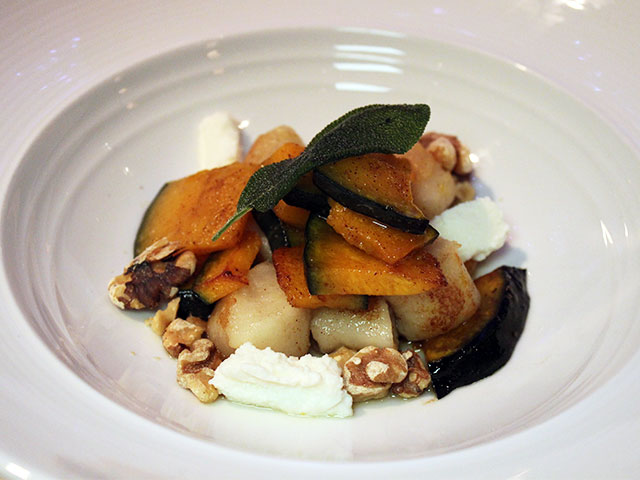 "Foie gras is something we’ve always had on the menu; but, in some ways, it’s lacked refinement," says Anderson. "So, this version is about plating and flow. It’s a duck duo – with foie gras and duck confit – and I want it to taste great together." 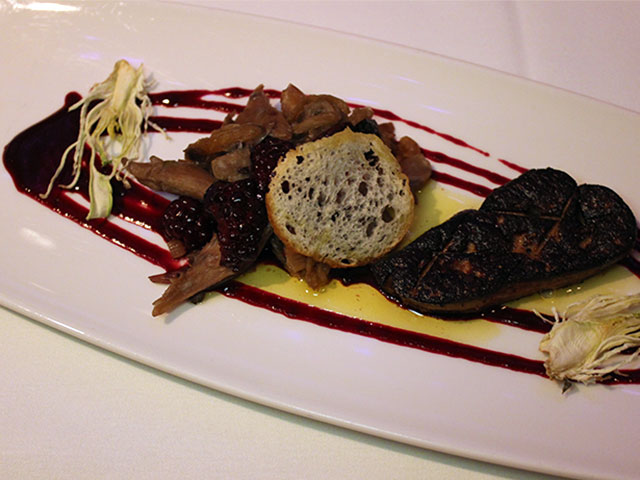 Other appetizers on our visit included a wild mushroom strudel with sweet soy, parmesan foam, on a bed of kale with beech mushrooms.

"Ultimately, I wanted it to be an umami kick on a plate," Anderson notes. "You have the mushrooms and the soy. It’s wrapped in brik dough and fried, so it’s light and crisp and airy." 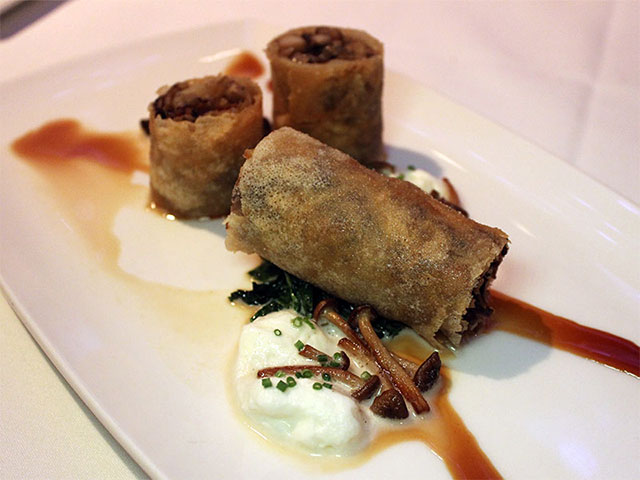 Anderson, who trained as a savory chef at the Culinary Institute of America in NY, found himself drawn to the pastry side early on in his career, and he excelled at both dreaming up and executing creative desserts. But, after years working with spun sugar and custard, Anderson says he was ready for a new challenge. So, earlier this year he took a lead cook position under former Dream Dance chef, Matthew Baier.

"After working in savory for a few months, I started getting my creativity back again," he notes. "I’d been away from it for so long, and I realized I was surrounded by opportunity. You have set rules for a cake or an ice cream, but you still have to create something unique and different.  But, in the savory world, you just have this limitless supply of ingredients – things from all over the world – at your disposal.  And I found myself coming up with new dishes every day."

One new addition is oysters on the half shell, served with accompaniments befitting the oysters’ unique flavor profile. The current selection features briny Wellfleets with a grapefruit mignonette.

"We’ve never had Caesar salad on the menu," says Chase. "But, it was requested time and time again by the food and beverage director. So, I decided to oblige. After all, my job is all about giving customers things that they want. Of course, there’s a twist. The dressing is flavored with preserved lemon and parmesan. And the anchovies are marinated and put on top." 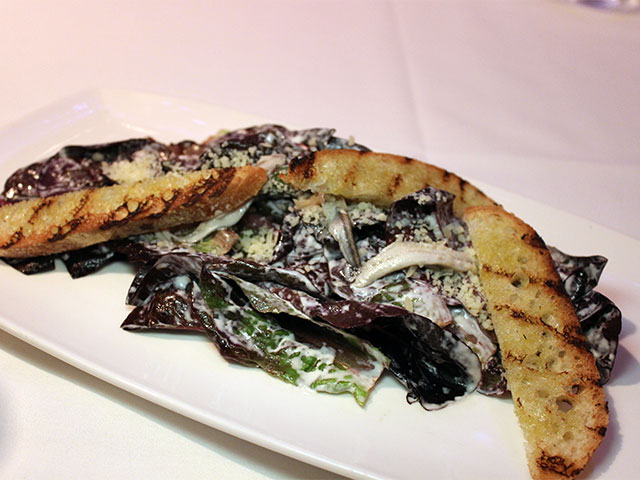 "This dish was actually inspired by the crab bucatelli from Lisa Kirkpatrick at Goodkind," Anderson explains. "It replaces a shrimp scampi dish we’ve had on the menu for years. I liked the idea of adding something spicy to a seafood dish, and I loved the idea of a crab sauce – a way to add another type of seafood to the menu. The sauce I paired with the shrimp and crab is cream based, but it’s made with reduced shellfish stock, which gives it a boost of extra flavor." 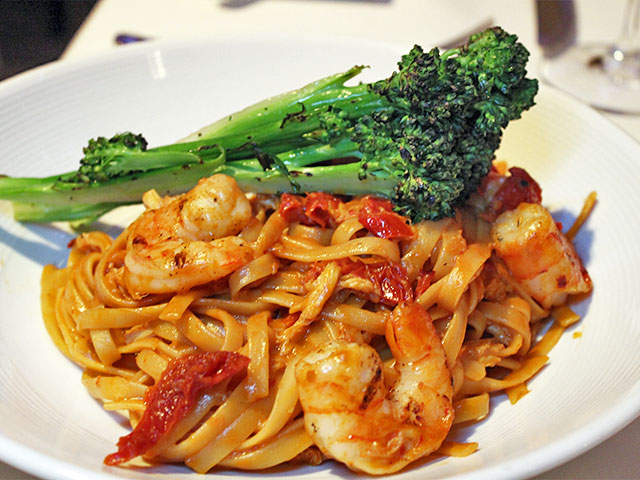 "Venison is something that’s always been on the menu," remarks Anderson. "It represents the native American culture. I really like that, and I ran with the idea. I went with hand-harvested wild rice and cranberry gastrique. Chanterelles add earthiness. I also moved from venison loin to rack – in part because it’s gorgeous and adds a bit of flair to the dish." 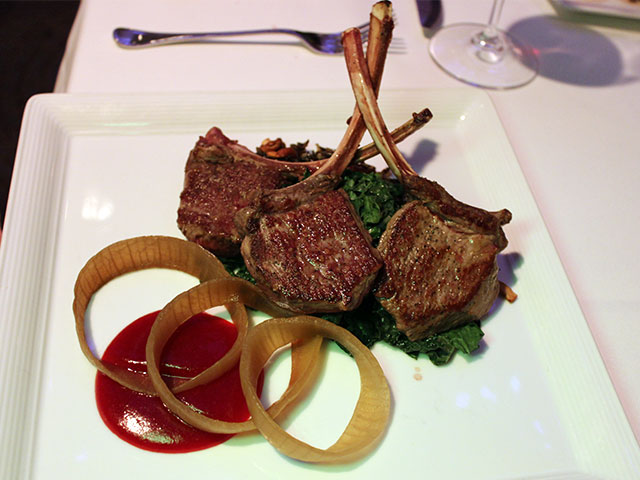 Even the steaks at Dream Dance will get an upgrade, according to Anderson.

"We’ve added prime grade steaks to the menu," notes Chase. "But we’ve also switched over our producer to Meats by Linz. Despite the fact that our menu prices have always been way under market average, we’re a fine dining restaurant. So, our producers need to reflect the fact that we’re offering up a premiere product." 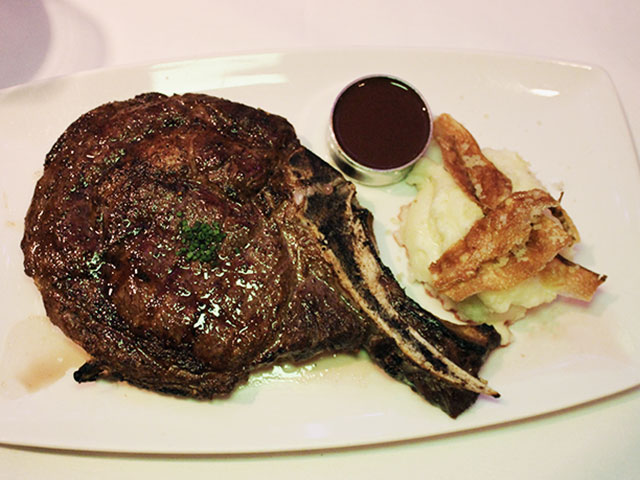 In the end, Anderson says he’s aiming to create a fresh, modern menu that appeals to everyone, from casual eaters to fine dining connoisseurs.

"I’m not coming in here with my vacuum distiller and centrifuge," he says. "All I want to do is do the best food possible, seasonal dishes that are well executed and highly relatable."