The home is a flipped version of Wright's A203 design in his series of drawings for inexpensive modular homes. A203 was designed with a porch on the left, but at this house the porch is on the right.

According to Mike Lilek, who is the foundation's curator for the System Built Homes, this is the 14th System Built home to be identified. Another one – this time not in the Milwaukee area – is currently being researched and could be announced soon. Lilek says he expects more could be identified in the future.

The identification of this home – built in 1918 – brings the number of System Builts in the Milwaukee area to seven. Six are located on West Burnham Street

A series of real estate ads for the home dating to 1918, 1941 and 1972 claim the home as a Wright design, but Lilek says that designation was never official.

"It was believed to be a Wright house, but it was always under the radar (of academics)," he says. "It was never publicly acknowledged as a Wright house. You won't find it in any of the Wright books. So we're bringing it out and letting everyone know about it."

Brian Gaertner, son of the current owner, Pat Wisialowski, says his mother – who bought the home in 1994 – believed it to be the work of Wright disciple Russell Barr Williamson, who designed a number of homes in the area including a couple in Shorewood and one directly across the street. 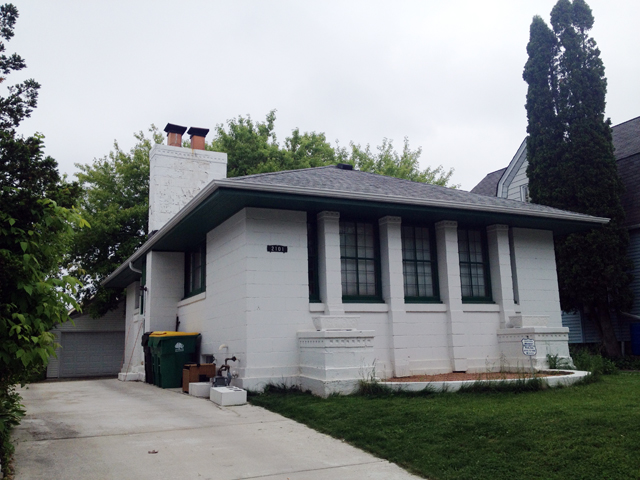 That small home has many Wright-like traits.

"That used to be the star of the block," Lilek says, as we gaze across the street at its wide chimney and Prairie Style elements. "I think that's going to change."

So, what are some of the elements that have led to the official designation?

First, there are these plans, found in a Wright archive: 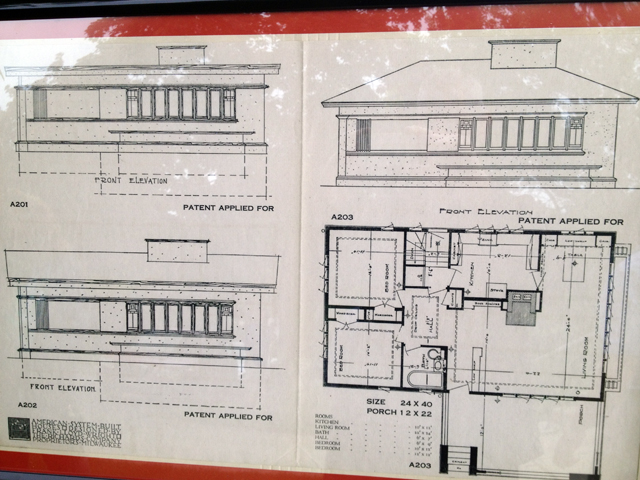 Then, there are a series of court documents surrounding the construction of the home that also are quite conclusive.

To see it, is also to recognize it: the wide chimney, the row of windows, the hipped roof (which marks it as A203; A201 was the same design with a flat roof and A202 was the same with a gabled roof): 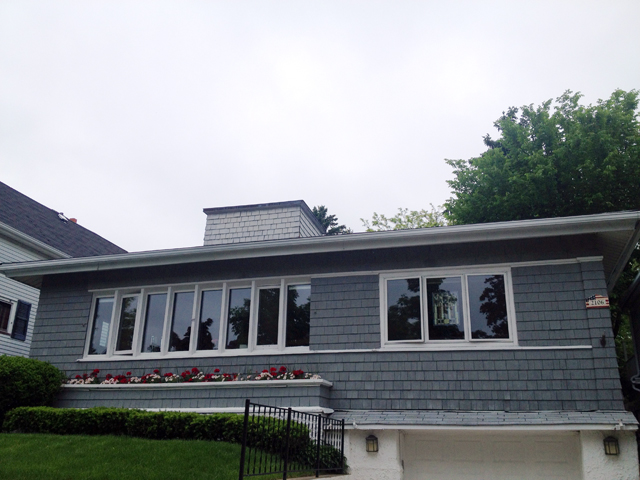 The open sleeping porch was later enclosed, and a garage was added beneath the house in 1976. Inside that porch are these gorgeous Wright windows: 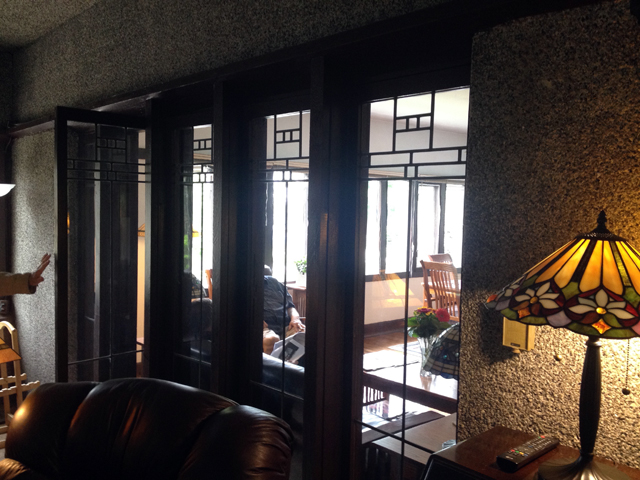 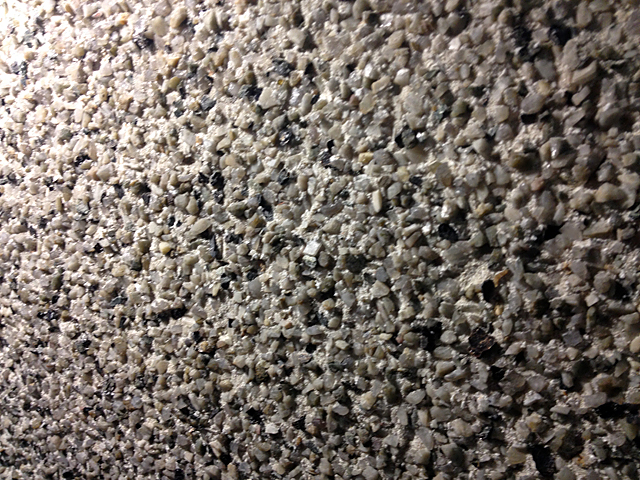 In the basement, you can see the 24-inch on center joists – a feature unique to System Builts, that saved 25 percent on lumber costs: 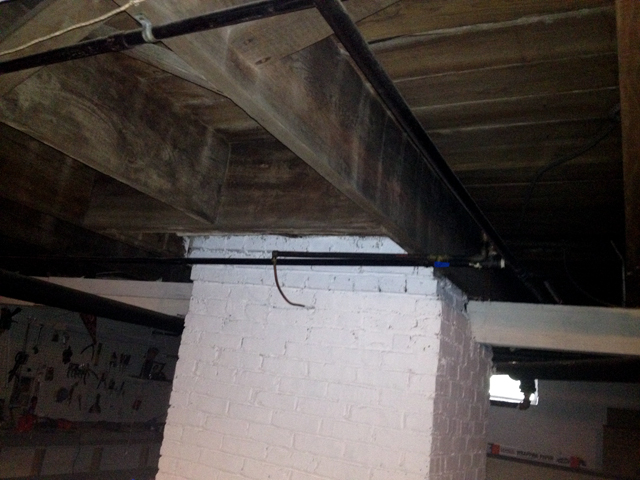 And, as you can see in the basement, too, this rare Byrkit Lath, which Wright also specified for all the interior and exterior wall construction of the System Builts: 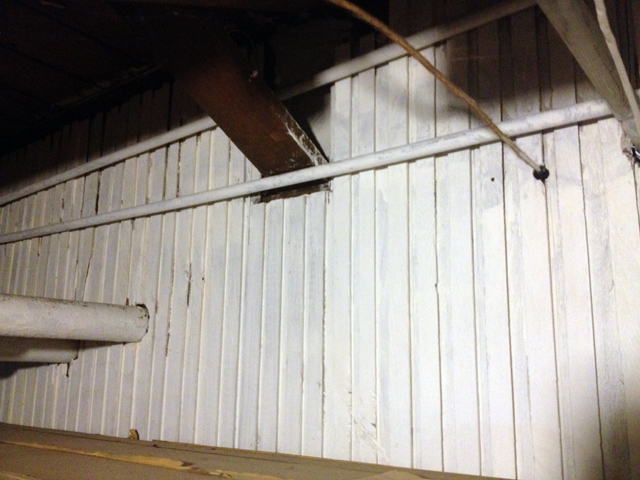 And inside, it sure feels like a Wright home, with all those windows: 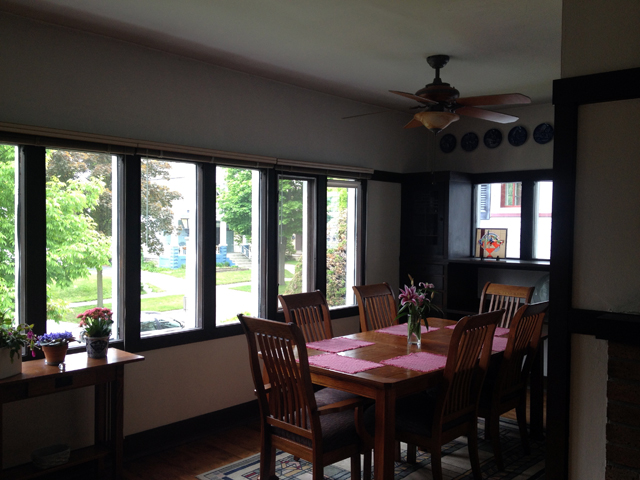 And the copious woodwork: 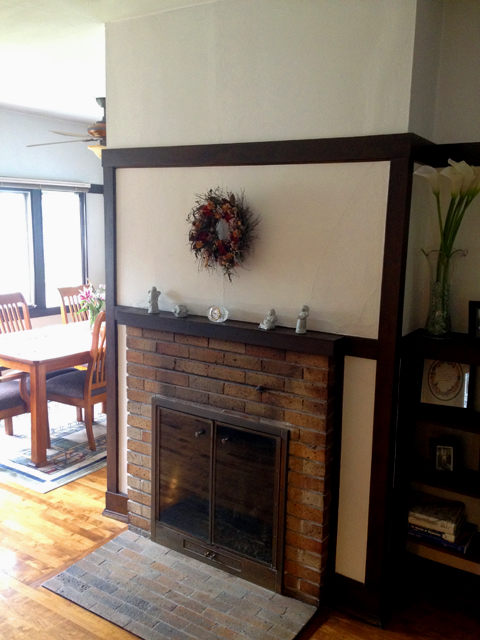